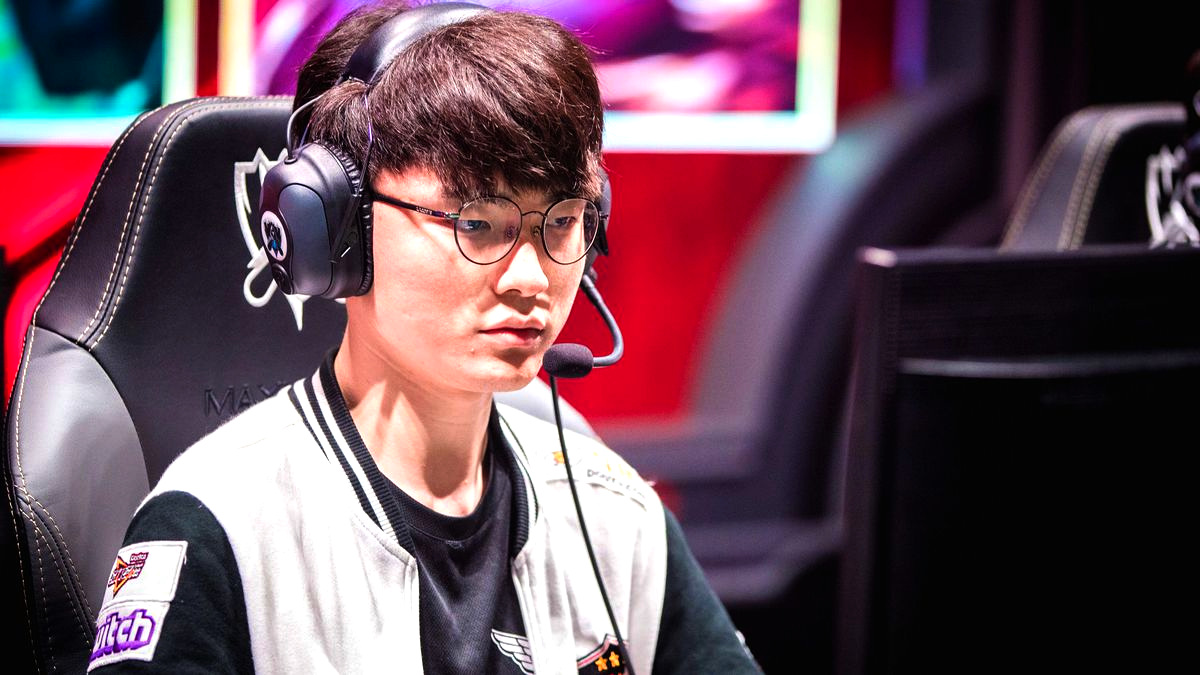 One of them is his deep champion pool. No matter the season, it seems like Faker is at-home on meta champions. He’s always innovating, too, finding pocket picks that others are too timid to try. Remember when he pulled out Galio in last year’s KeSPA cup, starting a trend that eventually made the gargoyle meta after his rework?

Tanks, mages, even ADCs—it doesn’t seem like there’s a class that Faker can’t play. But if there’s one class of his that’s most feared, it has to be his assassins. Zed and LeBlanc are some of Faker’s most dominant champions.

In Saturday morning’s Worlds match against ahq e-Sports club, another one of his comfort assassins made a reappearance: Fizz.

Fizz is famously a champion that struggles a bit in lane, but then becomes a monster after level six, when his ultimate can 100-0 a squishy champion. Predictably, Faker fell down in lane to ahq sub Wong “Chawy” Xing-lei, the better laner among ahq’s two mids.

Faker spent a lot of time helping Peanut invade in the jungle at level one, and that set him really far back in lane. Ahq used Syndra’s mid priority to set up a nice dive in the bot lane, and the rotated their duo around the map for multiple objectives. It was a crisp early game from the LMS side and another concerning start for SKT.

The good news was that, despite losing Lee “Wolf” Jae-wan to a few dives, ADC Bae “Bang” Jun-sik somehow dominated the Twitch into Xayah matchup. And top laner Heo “Huni” Seung-hoon was absolutely crushing Chen “Ziv” Yi’s Maokai using Cho’Gath’s superior range. Ziv is ahq’s best player, and seeing him get behind may not have been what ahq wanted.

SKT got back into it by pressing Huni’s advantage. After a few fights went against them, they settled down into a secondary win condition: follow the enormous Cho’Gath. They patiently let him split push, and even when ahq rushed a Baron out from under their noses, the map wasn’t set up for ahq to really accomplish anything. Feeling pressed, and unable to kill Huni, ahq eventually took one step too far, getting blown up in the bot lane.

That led to a chaotic Elder Dragon fight that narrowly went SKT’s way.

Eventually, the SKT scaling was too much for ahq. From Huni’s Cho’Gath to Bang’s Twitch that rendered Janna’s heals irrelevant (second item Executioner’s Calling was genius) SKT had more DPS in those teamfights.

It’s possible that SKT’s slow starts in the group stage are a result of them figuring out the meta and experimenting a bit. But they will have to start playing cleaner in the early game around Faker if they want to retain the title.

Ahq, meanwhile, have proven they can play with the World’s best, but still have a thing to learn from Faker and Co.

The two teams are now done with the first week of the Worlds group stage. The second half of the round-robin will start next week.