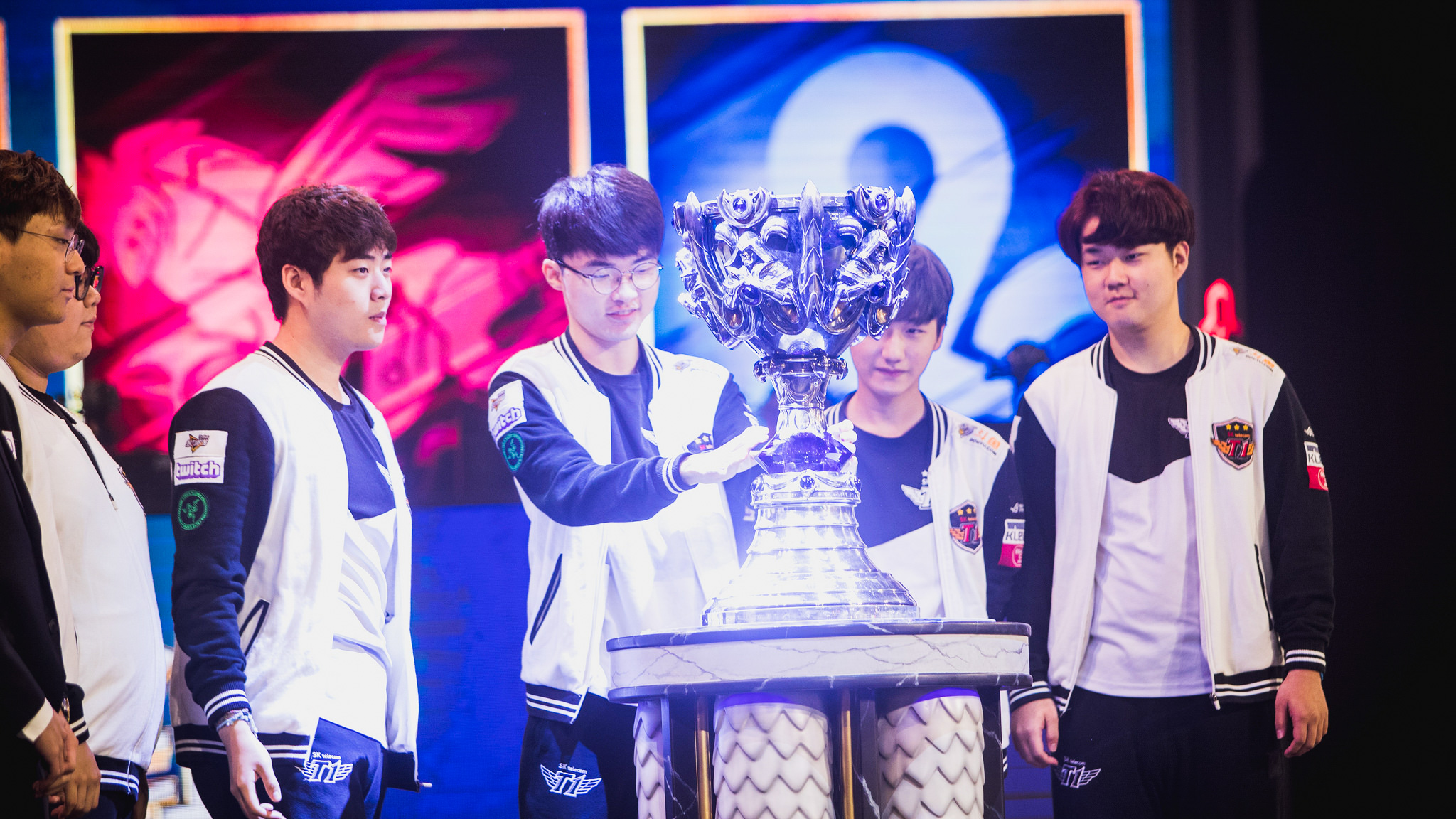 One of the more unexpected storylines at last season’s World Championship was that of a personal duel between mid laners Nicolaj Jensen of Cloud9 and Lee “Faker” Sang-hyeok of SK Telecom T1.

It was unexpected because Faker was a two-time World Champion, while Jensen hadn’t won a thing. Dominating in North America is cute, but Jensen couldn’t even seriously call himself the best mid in the region. Now he was making jokes about Faker, the best player in history?

Cloud9 may feel unlucky that they drew SKT again, but there was more hope this time. Jensen is playing the best League of his life, coordinating plays with his jungler like never before. Jensen being on the same page with Juan “Contractz” Garcia was a big part of C9’s victories in the play-in round. And C9’s ability to focus pressure around mid lane unlocked a new level for the team, earning Jensen that coveted title as best in the region.

But that stuff isn’t going to work against SKT. When Contractz and Jensen came for Faker, the South Korean star was more than ready:

But it wasn’t just the Faker vs. Jensen show. Sure, losing mid is extremely rough, especially with a scaling pick like Ryze. But this was a story of a superior team, one that has been molded over the years into a powerhouse. There’s a reason that SKT top laner Heo “Huni” Seung-hoon lost to C9’s Jung “Impact” Eon-yeong back in the North American regional qualifier last season.

Now, Huni looks like a different player. Yes, he’s taking his lumps in the tougher LCK region, but he’s emerged a more complete player. Huni did die getting a turret, but overall, exerted much more map pressure for his team. In one sequence, Huni sacrificed his life while his team took an inhibitor. SKT ran C9 around the map and found objectives at every turn.

On its surface, this game was about Faker clapping Jensen. In reality, it was all of SKT clapping Cloud9, who will try to right the ship on Oct. 6 at 7am ET against ahq.