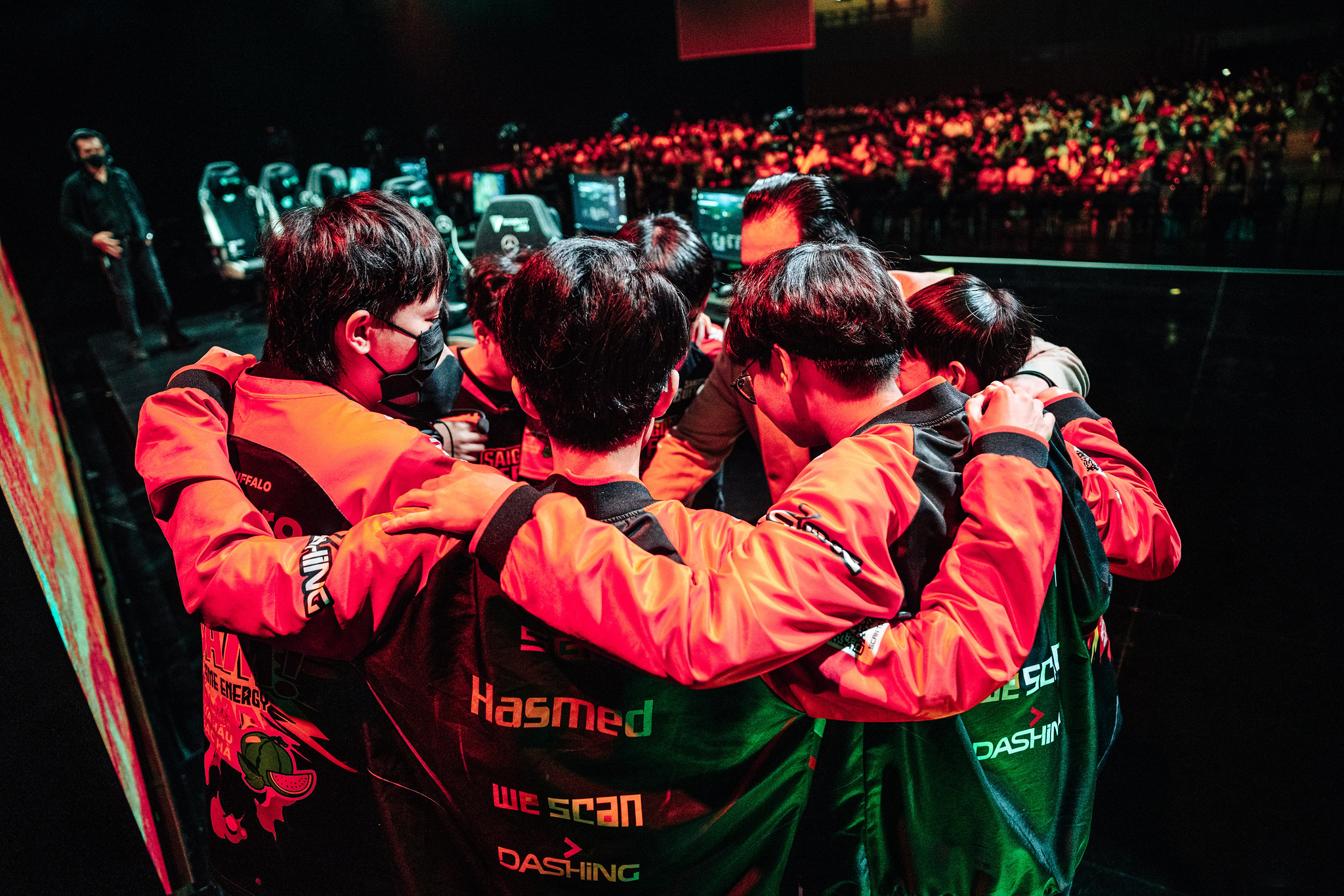 Following Saigon Buffalo’s elimination from MSI 2022 after their loss to T1, a notable member from the Korean team opted to stay on stage and applaud the efforts of the VCS squad in advancing through the tournament.

Faker, one of the most recognizable players in League of Legends esports history, showed his sportsmanship once more by acknowledging how impressive Saigon Buffalo were during the first international tournament of the year. While the other members of T1 began to pack their belongings and head to the back, Faker remained on stage to join the audience in applauding the Vietnamese team.

To start the final day of the rumble stage, Saigon Buffalo successfully defeated the LEC’s G2 Esports, whose 22-game win streak was thwarted yesterday and led to a rocky losing streak. Unfortunately for the VCS representatives, they were unable to match T1 in a similar fashion, resulting in their elimination from the tournament. But they never lost the respect of the players and fans around the world for their efforts.

Hasmed, BeanJ, Froggy, Sogun, Taki, and coach Ren received a standing ovation from the crowd in Busan following their loss to the home-field team. After being unable to compete at MSI last year due to COVID regulations, the VCS jumped head-first into the fray through the performance of Saigon Buffalo, bringing newfound attention to the region that will likely continue into Worlds, where this team may have a chance for retribution against T1.

Saigon Buffalo head back to the VCS to begin preparing for the upcoming Summer Split, knowing they stood their ground against the best the world has to offer. T1, despite no longer maintaining their historic win streak, advance into the knockout stage of MSI 2022, where they will compete against G2 Esports with finals qualification on the line.