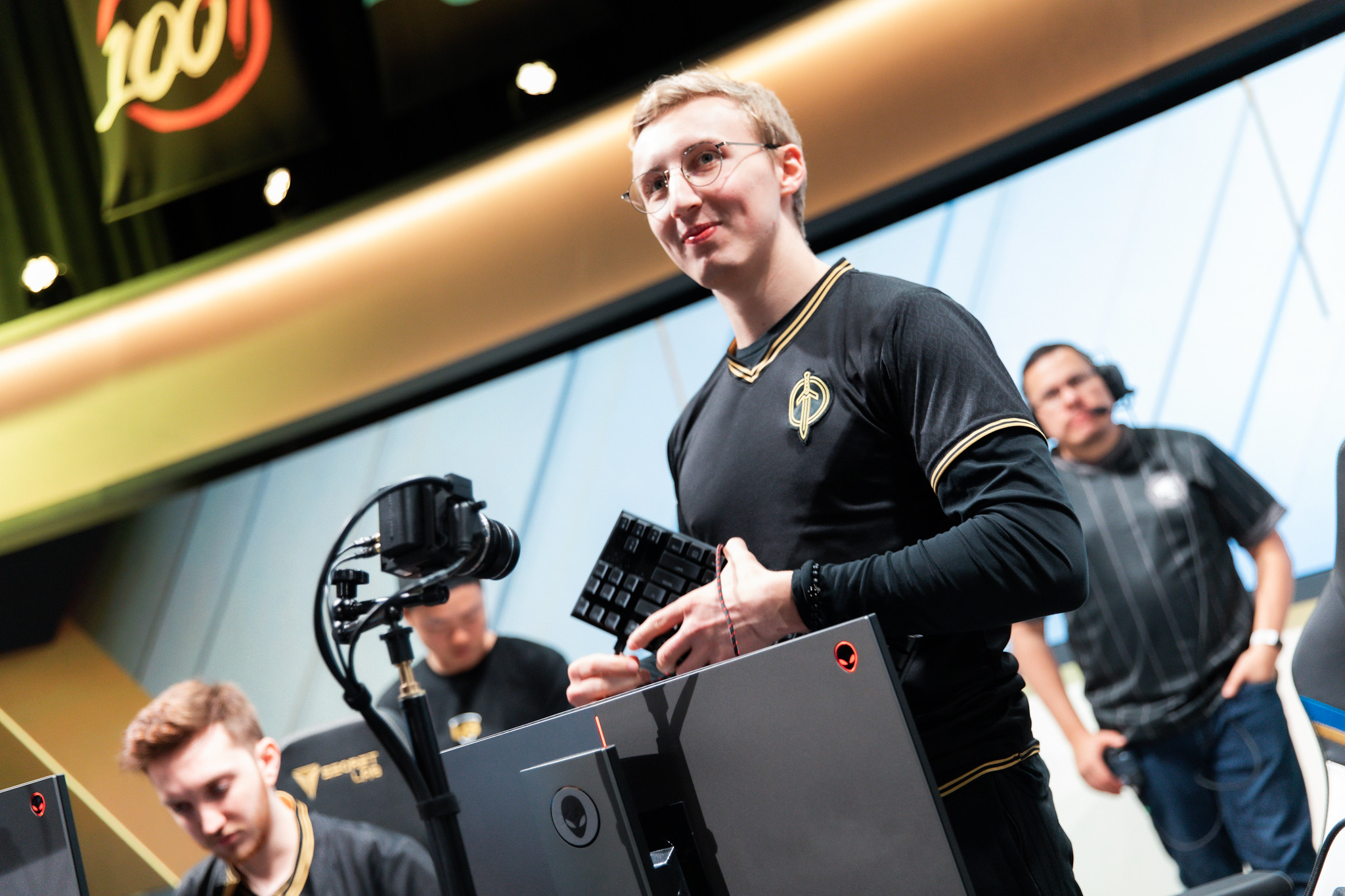 Evil Geniuses has added another player to its League roster this week.

Greyson “Goldenglue” Gilmer has been signed by Evil Geniuses, according to Riot’s Global Contract Database. His contract is set to expire on July 22 in the database, which could mean his stay with the organization will be short-lived.

Previously the starting mid laner for Golden Guardians, Goldenglue said his bittersweet departure from the team on July 3 was due to GG’s signing of mid laner Tanner Damonte. Since then, Goldenglue had been teamless and said he was seeking another opportunity in the LCS as either a player or coach.

While his contract appears short, the implications for the North American mid laner joining EG are massive. As a native NA player, Goldenglue would free up an all-important import slot if he joined EG’s LCS roster.

Despite signing of Korean top laner Seong-Hun “Huni” Seo before the split, EG has not inserted him into the starting lineup because it already has two foreign players: Korean AD carry Bae “Bang” Jun-sik and Italian mid laner Daniele “Jiizuke” Di Mauro. With Goldenglue in the mid lane, EG could finally use Huni in place of NA rookie top laner Colin “Kumo” Zhao.

EG, who defeated Team Liquid earlier in the split and was briefly seen as the second-best team in the LCS, sit in fourth place with a 5-5 record. The organization has yet to make an official statement regarding any roster changes.

Update July 15 7:44pm CT: Goldenglue will start for Evil Geniuses this week in the LCS, allowing the team to also start Huni in the top lane, according to an ESPN report.