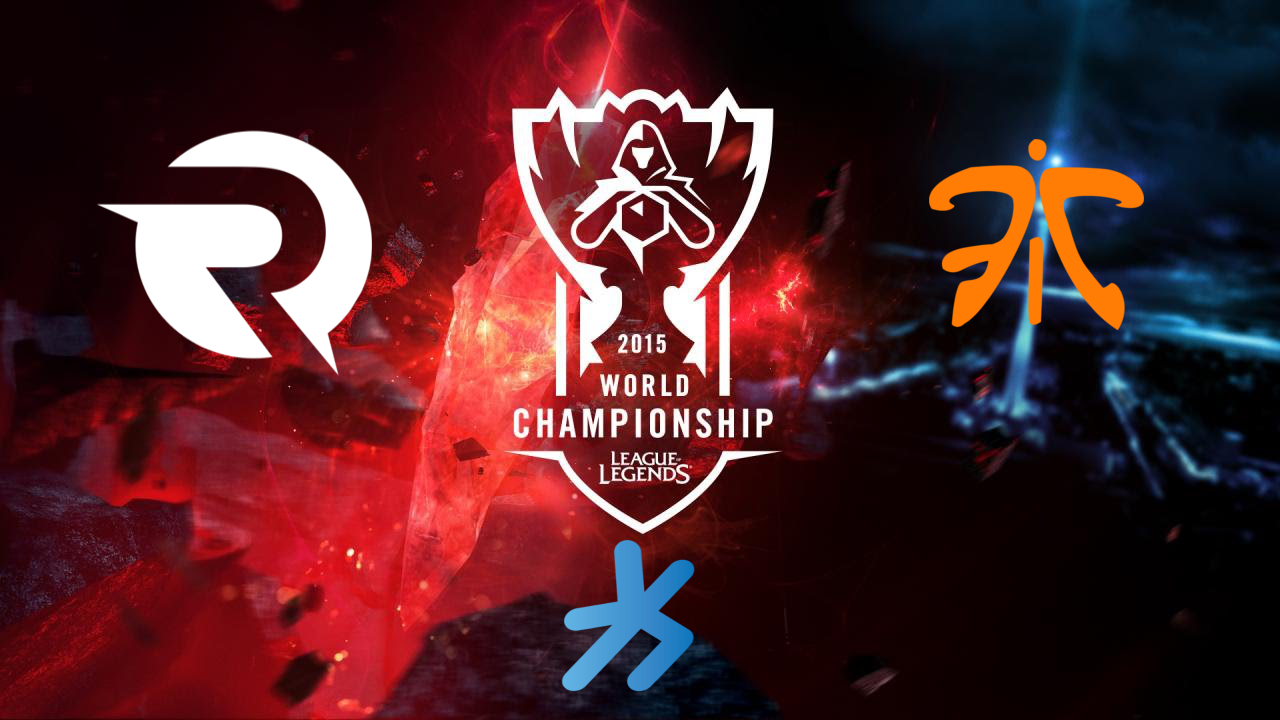 As an EUW player and a big fan of the European League of Legends scene, it is only understandable that I would support the EU teams in their run at Worlds 2015. However, this year, more than ever before, I feel proud to say that I’m an EUW player. While all the teams have now been knocked out of the tournament and the EUphoria ship has sunk, they have still performed spectacularly and deserve all the praise they can get.

Firstly, let’s begin with H2K. While the team did not make it out of the  group stage, they definitely did not under-perform. Coming into the tournament, none of us really expected this team to go far. They looked good, just not good enough. Our doubts were only multiplied once they were drafted into the same group as SKTelecom T1 and Edward Gaming; the two biggest contenders for the title of a World Champion.

H2K often relied on trying to snowball out of their undeniably strong laning phase, but against players like MaRin or Bang that was a difficult task. The team lacked the necessary decisiveness when playing around the map to push any sort of an advantage and often looked lost. Despite all of their flaws, H2K managed to take two games off the Bangkok Titans and finish in third place. This was partially thanks to some great performances out of their bot lane duo, Hjiarnan and KaSing, and partially  thanks to some good draft picks in the pre-game. Their early exit is far from disappointing, especially if you consider that this is the first time these players ever played on an international level, and that only a year ago this team was still a fresh face in the EU LCS.

After a very successful split, it was only to be expected of Origen to perform well. They have not only performed well, they exceeded expectations. Their week one record of 3-0 spoke better of the teams form than words ever could. Xpeke has managed to disprove everyone’s doubts by stepping up from his subpar LCS performances to being able to hold his own against the top mid laners in the world. In addition, he has also been able, as the team captain, to make some very impressive calls around Baron and the Dragon. The team’s overall control over the map is extraordinary and can often mean that they win by purely outsmarting their opponents.

The second player that I have to mention is sOAZ. This former Fnatic top laner has shown some immense growth in his mindset since he has joined the team. He  has a giant champion pool, playing 7 unique champions in this tournament. Ranging from the more support focused Lulu and Malphite to carry top laners like Fiora or Darius, this player can play it all. He has even secured a pentakill for himself during game one of the quarter-finals against the Flash Wolves.

Lastly, I have to talk about Niels. Niels is what some might call this team’s “X-Factor”. This rookie has been looking better and better with every game that the team plays and has been able to step up and carry when the team falls behind. This was especially visible in the last game that they played against Flash Wolves and Niels managed to go 8/1/6 on Jinx, carrying his team to a victory. Unlike most new AD carries, Niels never seems to fall victim to the pressure of playing on the big stage, which makes him look more like a veteran than a player that only recently joined the LCS. If he continues to play like this, we can only wonder how good this carry can actually get.

Fnatic. In my opinion, this is the best team that has ever come out of the EU scene. Every single one of the players, as well as their coach, Deilor, seem to always be on the same page. The team does not have one specific play style and are able to adapt as the game goes, playing around Huni, Rekkles, or even Febiven. They have outstanding map and vision control. This often translates into intense cross map plays from Huni, who has also played 7 unique champions in this tournament.

This team’s early game is the best out of all the teams that are left in the tournament. They managed to secure first blood every single game that they have played until reaching KOO Tigers and are not afraid to create risky plays early on. None of the lanes from this team are particularly weak. Huni, while often taking too many risks, is a carry to be feared once he gets help from his jungler and gets rolling. Rekkles and YellowStar have consistently been able to gain an edge on their lane opponents and push it further into securing a dragon. However, the player that I think has to get the most praise is Febiven.

Some might agree; others will disagree, but I think that Febiven has been the best and most consistent mid laner of the whole tournament. His Victor has a superb 11.0 KDA and his LeBlanc plays against Edward Gaming speak for themselves. If any team from Europe had a chance at winning the World Championship, it was this team. However, due to their lack of experience, Fnatic just couldn’t seem to perform under pressure and got swept much more convincingly than I anticipated. Although the 3-0 from KOO  does not look great, I think the games were very close and could have swung in anyone’s favor.

It is the end for EU at worlds as the semifinals come to a close. It is heartbreaking that we leave  with a 0-6 record in the semifinals, especially when you consider how close some of the games were. SKT and KOO were the better teams, however, and will probably make for an exciting final. EU is none-the-less the second best region at the World Championship this year and that fills me with pride. It will be interesting to see how the teams can go forward from this and  improve for next year.