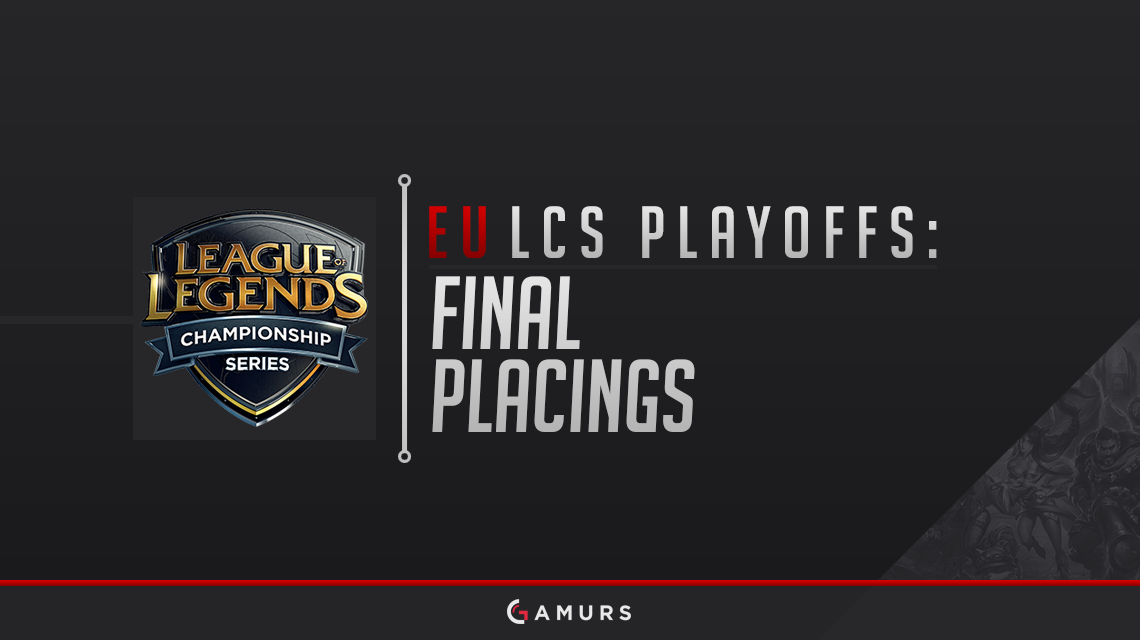 The European League Championship Series has come to a close after a thrilling regular season and playoffs that saw the legends of Europe fall, and teams like H2k prove they have what it takes. Below are the final placings for the European LCS Playoffs:

On behalf of all of us here at GAMURS who covered the EU LCS this Summer Season, we would like to congratulate G2 Esports on their first EU LCS championship. In doing so, G2 automatically qualifies for Worlds 2016. We would also like to congratulate H2k-Gaming, who, with their win over Unicorns of Love in the third place match, secured the second spot to represent Europe at Worlds due to their amount of championship points.

Who do you think will be the third and final team to represent Europe at Worlds? Let us know by commenting below or tweeting us @GAMURScom.