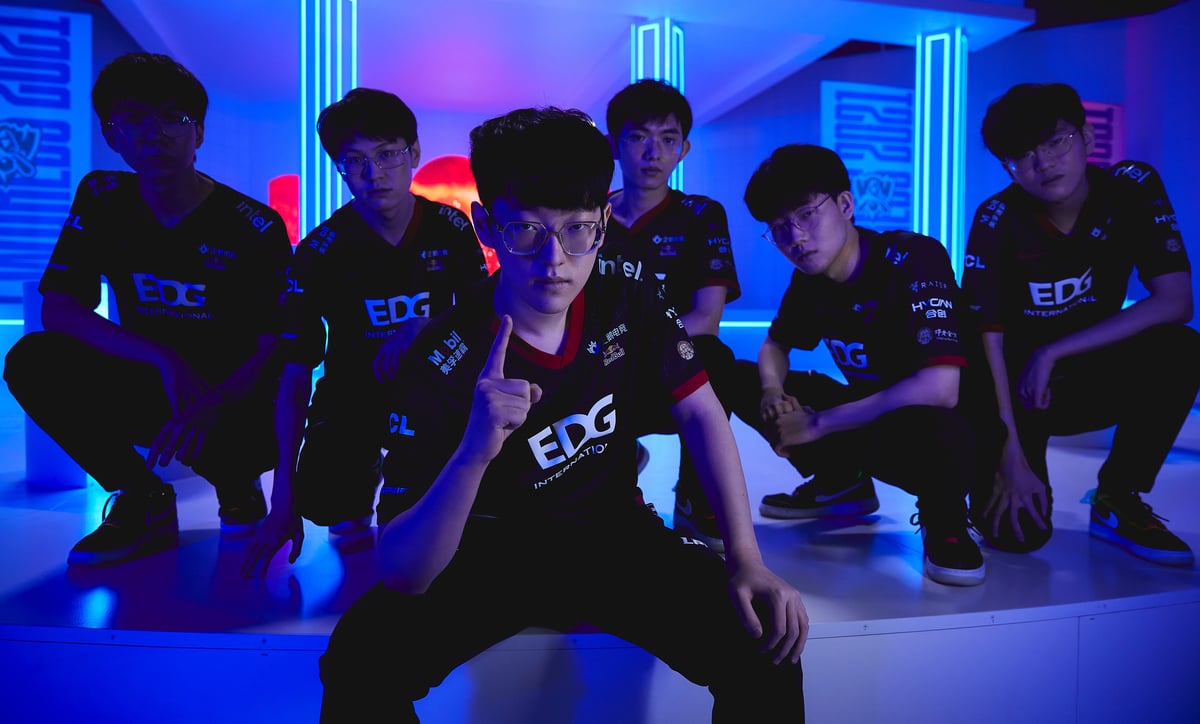 Similar to the Spring Split playoffs earlier this year, both EDward Gaming and FunPlus Phoenix locked horns in the 2022 LPL Summer Split playoffs. And the result was also similar since EDG beat FPX 3-1 in today’s League of Legends series to advance further into the bracket.

EDG entered the playoffs on a four-game win streak. The high morale of the team could be seen in their gameplay as they won the first two games in dominant fashion.

In game one, both teams continuously engaged in skirmishes, but it was EDG who came out on top most of the time. Viper’s Kalista and Flandre’s Kennen became the main damage dealers for EDG, melting down the enemy lineup. They helped their team snowball and made it impossible for FPX to mount a comeback.

On his Sivir pick, Viper dominated the Rift in the next game too. Along with Scout’s Ahri, the duo was able to shut down any resistance that FPX managed to put up in teamfights. He ended up with an impressive 11/1/10 KDA score, showcasing the huge impact he had in the late game.

The situation looked grim for FPX, but the team refused to surrender. In game three, they fought with all their might to turn the match in their favor. We saw Care’s Ahri, Summit’s Jax, and Lwx’s Zeri show up big in clutch moments, helping FPX register their first win in this series.

But in game four, EDG showed why they were the previous year’s world champions. Even when playing with a huge gold deficit, the team managed to bounce back and crush FPX’s hope of advancing further in the playoffs.

By the late game, Viper’s Lucian was depleting the enemy champions’ health bars with his combo. His 12/2/3 scoreline was the keystone for EDG to win the game and bag the series.

With this defeat, FPX’s playoff journey comes to an end at the hands of EDG for the second time in 2022. But EDG also need to buckle up for their next matchup since they will face their arch-nemesis RNG on Aug. 20.