Lourlo and Panda have been playing on Echo Fox’s Academy team. 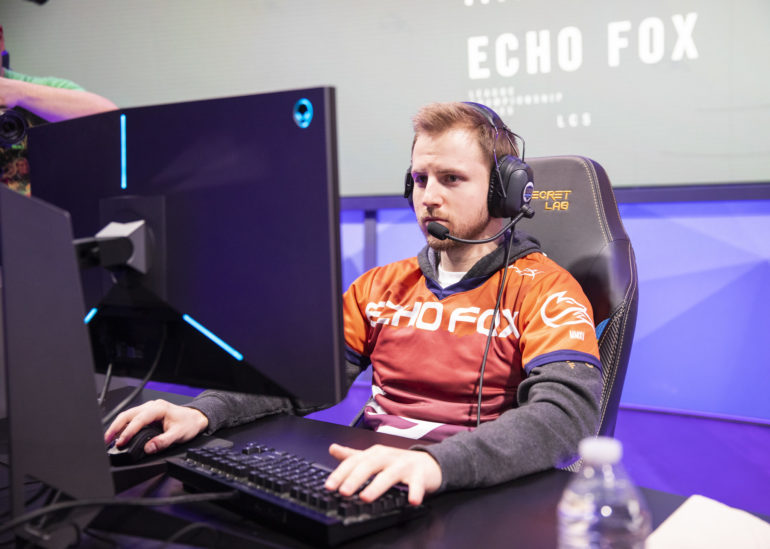 Echo Fox has opted to make some significant roster changes after only winning one game through three weeks of the 2019 LCS Summer Split. Top laner Samson “Lourlo” Jackson and jungler James “Panda” Ding will be joining the starting lineup for week four, replacing Colin “Solo” Earnest and Lee “Rush” Yoon-jae.

It’s been a tough split so far for Echo Fox. They’ve only found one surprising victory over Team Liquid. Besides that huge upset in the first week, they haven’t looked that great compared to the rest of the teams in the LCS. As a result, this week could be the point of no return for Echo Fox’s chances to make the playoffs.

Lourlo joined Echo Fox at the end of 2018 following a disappointing year with the Golden Guardians. The 21-year-old veteran has spent the entire year thus far in the NA Academy League, so he’ll be looking to make the most of this chance at the LCS level.

This will be one of the rare times that Panda enters the starting lineup for Echo Fox. He joined Echo Fox’s Academy team in December 2018 and will look to impress some people, should the cards fall on his side of Summoner’s Rift.

Look for Echo Fox to take a stand and regain some ground on the rest of the league in their matches against Clutch Gaming and OpTic Gaming this week.