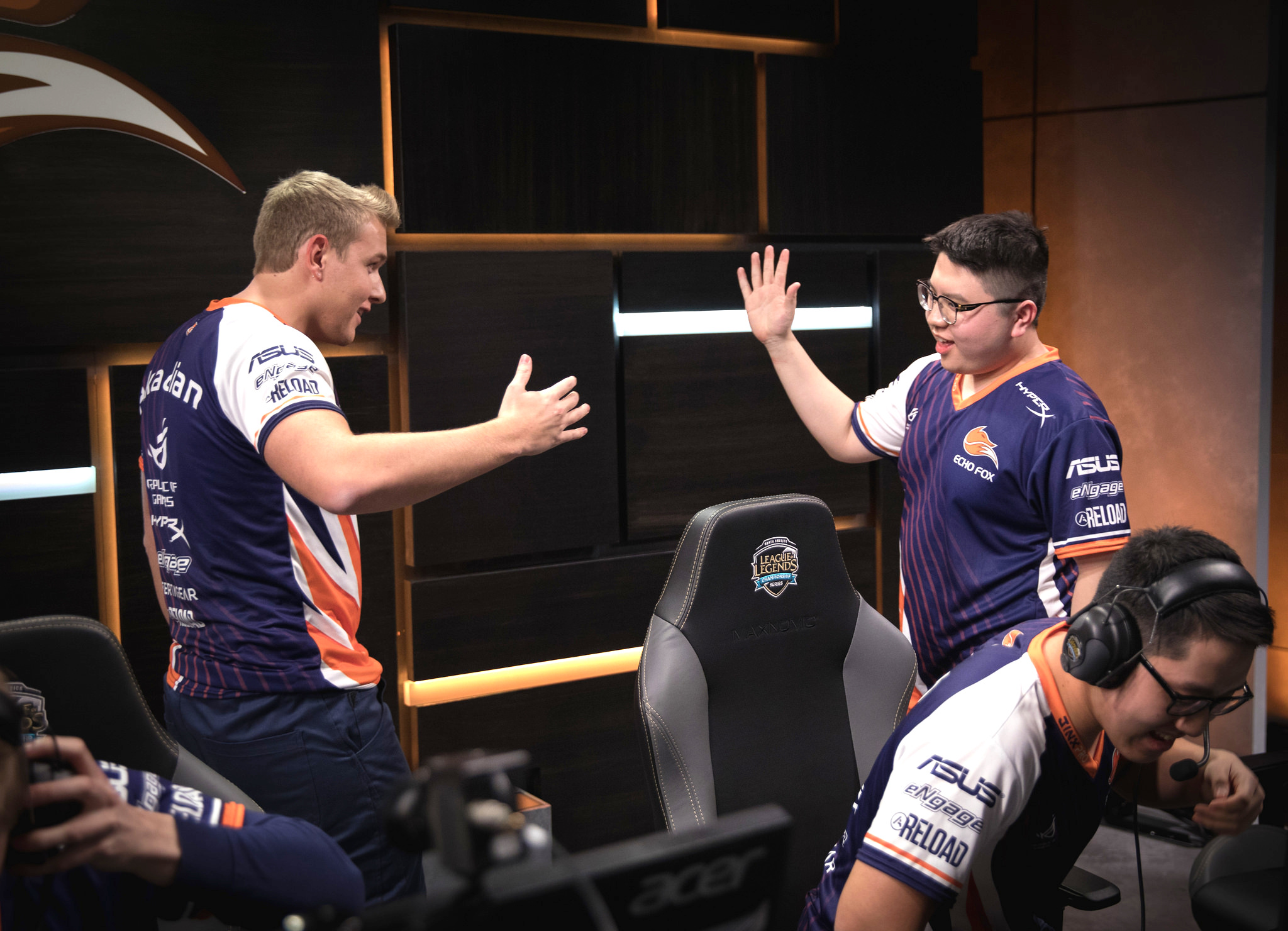 Echo Fox, one of the North American League Championship Series’ lowest-ranked teams from the first week of play, defeated the first place FlyQuest in a massive upset Sunday.

How did they manage to go from struggling to taking down the FlyQuest powerhouse just a week later? Well, the answer is fairly simple. All they had to do was become a completely different team.

Perhaps the biggest reason that Echo Fox struggled in Week One was an obvious lack of communication. Teamfights looked rough, and the term “Clown Fiesta” certainly comes to mind. There was no focus. Each player seemed to split off and focus on whomever they saw first instead of coordinating as a team to take down priority targets, which is something that FlyQuest did very well.

Communication was also an issue in map awareness. Echo Fox lacked objective control and when they did randomly win a teamfight in Week One, they’d roam aimlessly and not gather themselves to push down an objective. Why was their communication so poor?

Well, probably because it’s basically a brand new team. In December, Echo signed Hyeong ‘Looper’ Jang as a top laner. One month later, it signed Austin ‘Gate’ Yu and Matthew ‘Akaadian’ Higginbotham into the support and jungler roles respectively. Which meant that going into the first week, three of their five players were brand-new. If you were placed onto a team where you barely knew or even played alongside your new teammates, your team synergy probably wouldn’t be the greatest either.

The team must have recognized this issue and practiced day and night for Week Two, because they looked like a different team altogether. Organized shotcalling and focused teamfights led to Echo being a formidable opponent. What a relief that must be for Rick Fox.

Echo Fox might not have looked very good during Week One (even saying “subpar” would be giving them too much credit), but their new jungler, Akaadian, turned some heads.

Akaadian was an experienced Challenger series player, joining the Challenger circuit in 2014 and making it to the semifinals two years in a row starting in 2015. Akaadian made his LCS rookie debut during Week One, and amidst his failing team, he managed to look pretty damn good. Securing First Blood after First Blood, Akaadian earned his team a couple of early leads. Unfortunately, Echo Fox had trouble capitalizing on Akaadian’s talent enough to hold onto the leads, and that was something that needed to change if they were to get a win.

In Week Two, however, when Akaadian secured an early lead for his team, the rest of them didn’t squander it away when team fights rolled around. For example, when Akaadian secured yet another first blood by invading FlyQuest’s jungle with his team and picking off Hai Lam, they used Akaadian’s snowballing Kha’zix to gain leads in lanes and then actually held them.

Akaadian has potential to compete with Cloud9’s Juan ‘Contractz’ Garcia for “Rookie of the Split” for the 2017 Spring Split- as long as Echo Fox keeps improving around him. Contrary to what that Riven in your Bronze game says, one person cannot carry a game.

After seeing Echo Fox hit the two biggest issues of their team on the head for Week Two, there’s only one question: Can they keep it up?

Echo certainly looked better this week, but some of that can also be attributed to luck. Luck that Hai found himself in poor positions due to his own recklessness more than a few times. Luck that FlyQuest actually didn’t look their normal skillful selves and made foolish mistakes in every game of the series.

Fly actually had superior mechanics and shotcalling to Echo Fox, even though they lost. That being said, when teams like FlyQuest and TSM have shaken off all the dust, AKA when those teams are making dumb mistakes a lot less, Echo Fox in its current state would not be able to defeat them.

If Echo wants to make a statement that says “This win was just the start- we’re here to stay,” then they still have a lot of improving to do.

Don’t miss Echo Fox’s games this week! They face off on Saturday against Team Liquid and again on Sunday against the currently undefeated Cloud 9.