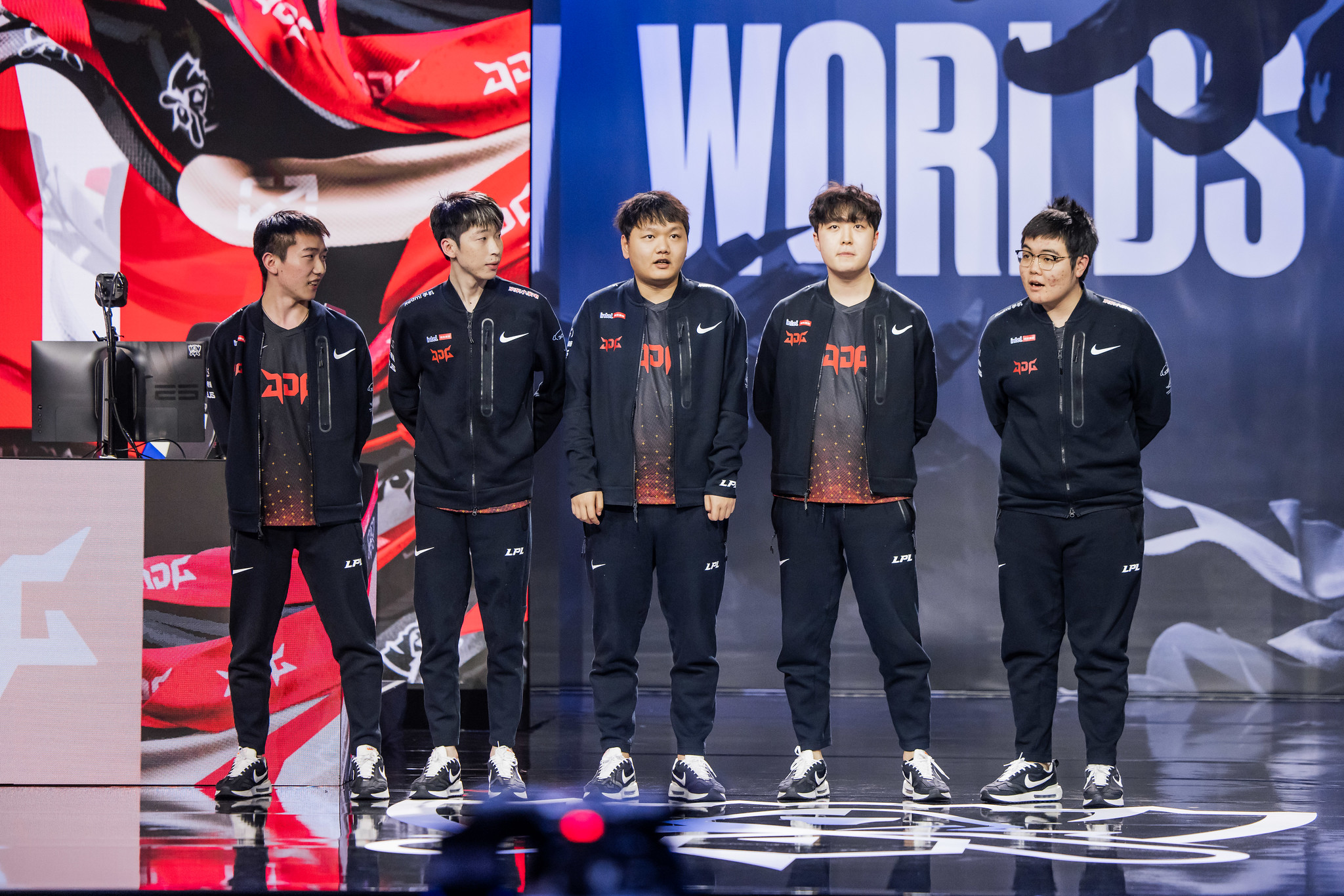 After a 36-minute banger between two of the best teams at the 2022 League of Legends World Championship, the LCK has officially gone winless on the second day of groups following DWG KIA’s highly-contested loss against JD Gaming.

As former world champions, DWG KIA are still hyped up as title contenders, even though they weren’t able to capture any domestic trophies this year. With a superstar trio consisting of Nuguri, Canyon, and ShowMaker, this team can still battle with the best. They were also coming off of a good first win against G2 Esports on day one.

Meanwhile, JDG have maintained their reputation as the most aggressive team in the world. Their incredible teamfighting was on display yesterday when they overwhelmed Evil Geniuses, and they didn’t stop the hype train with one of the most exciting matches of the group stage so far.

The entire game was extremely tense, with each squad going back and forth from the first minute onward. But JDG opted for a team composition that heavily outscaled DK’s, with high-damage threats like Graves, Azir, and Kai’Sa ramping up in power. Things stayed relatively even for quite some time, with massive moments across the board, like a brilliant Shurima Shuffle from Yagao pre-six or a shocking flash-dragon steal from Canyon.

Korean teams are usually expected to play a lot slower, but DWG KIA matched JDG’s pace and aggression with ease. As a result, the teamfights were hectic and exciting. But in the end, JDG’s scaling composition came out on top. The game was still really close, with only a 200 gold gap separating the two by the end of the game.

DK have shown that they are willing to get down and destructive in teamfights since they have the mechanical prowess and confidence to take almost any fight. But they still need to work on executing teamfights together and staying coordinated, even when things start to devolve into a fiesta.

JDG, on the other hand, maintain their grip over first place in their group. After a break from the action, fans can catch this juggernaut in action when they face off against G2 on Monday, Oct. 10.