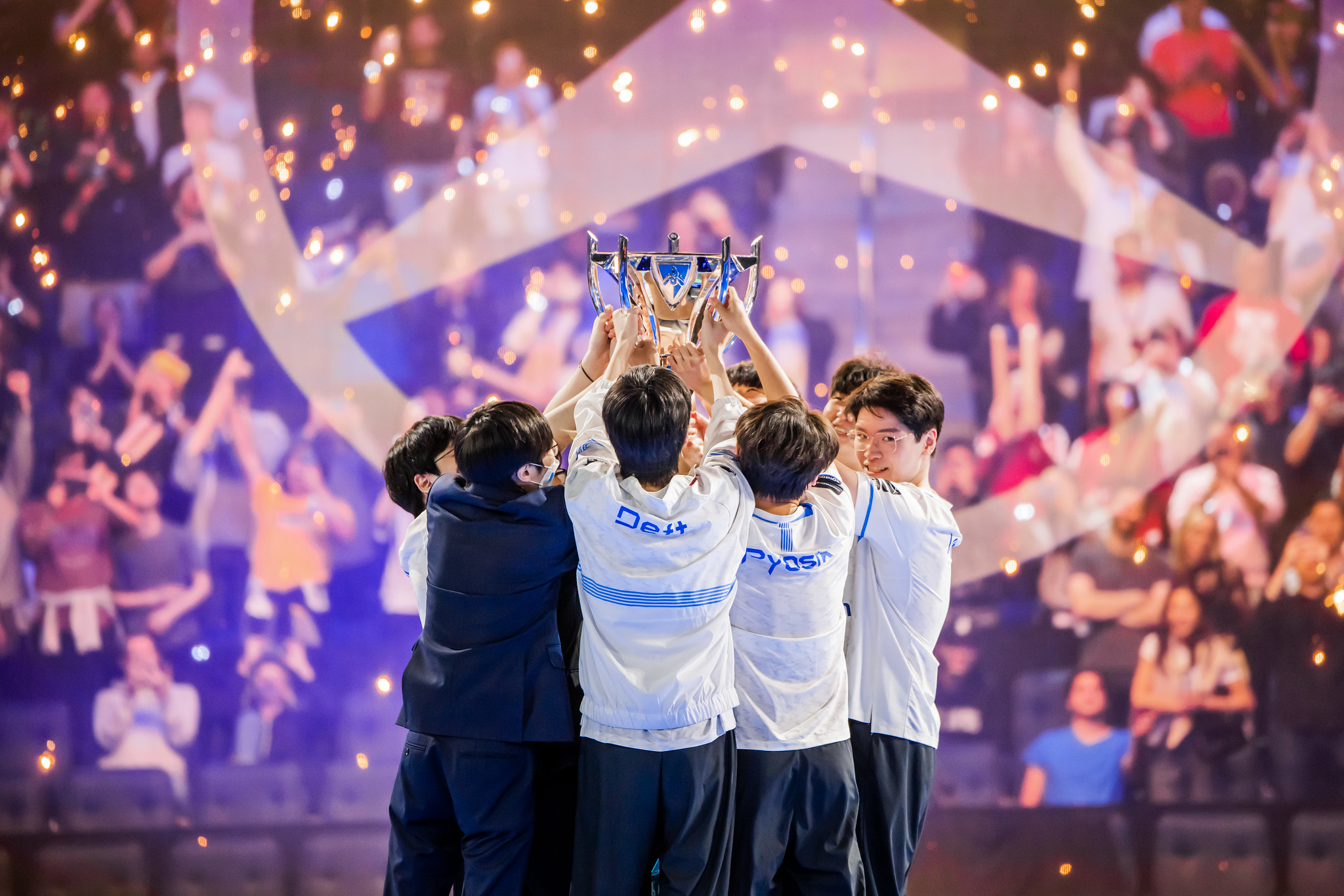 According to League reporter Brieuc Seeger, Kim “Ssong” Sang-soo, the head coach of reigning world champions DRX, will sign with FlyQuest in the LCS for the 2023 season. According to the esport’s global contract database, Ssong’s agreement with DRX, like those of the rest of the team’s roster and staff, expired in late November of this year.

Ssong, along with assistant coach Lee “Mowgli” Jae-ha, led the world champions through the unlikeliest of triumphs in 2022, capped off with a five-game win over Faker and T1 in the finals in San Francisco.

This is not Ssong’s first foray into the LCS. The 33-year-old veteran played as a mid laner way back in 2012, attending Worlds that year with NaJin Sword. Since then, he helped coach the 2016 ROX Tigers to a Summer title in the LCK before leading Immortals in Summer 2017 to a Worlds berth. He stayed in North America and coached TSM, Echo Fox, and CLG before returning to South Korea and joining DRX’s staff before the 2021 LCK Spring Split.

FlyQuest’s new-look roster is being built from the ground up on all fronts. New president and chief gaming officer PapaSmithy recently joined the org after a three-year stint as the general manager of LCS heavyweights 100 Thieves.

Under new leadership, FlyQuest is taking no prisoners this year, spending lots of the newfound money from its recent acquisition by the owner of the National Hockey League’s Florida Panthers right out of the gate. In a move that surprised some given its reputation as a likable, middling LCS team, cut its entire 2022 roster, which put together a respectable campaign with community favorites Josedeodo in the jungle and Toucouille in the mid lane, among others.

For the upcoming season, FlyQuest has signed support Eyla from Team Liquid Academy, a player who many consider the region’s best prospect after repeated splits of domination in North America’s amateur ranks. In the mid lane, 2022 LCK Rookie of the Year Lee “VicLa” Dae-Kwang will be donning the green along with AD carry Lee “Prince” Chae-hwan, who just finished his second professional season on Liiv SANDBOX, picking up LCK second and third-team All-Pro honors in two of his last three splits. In the top lane and jungle, Impact and Spica, respectively, are reportedly joining FlyQuest to round out a formidable roster.