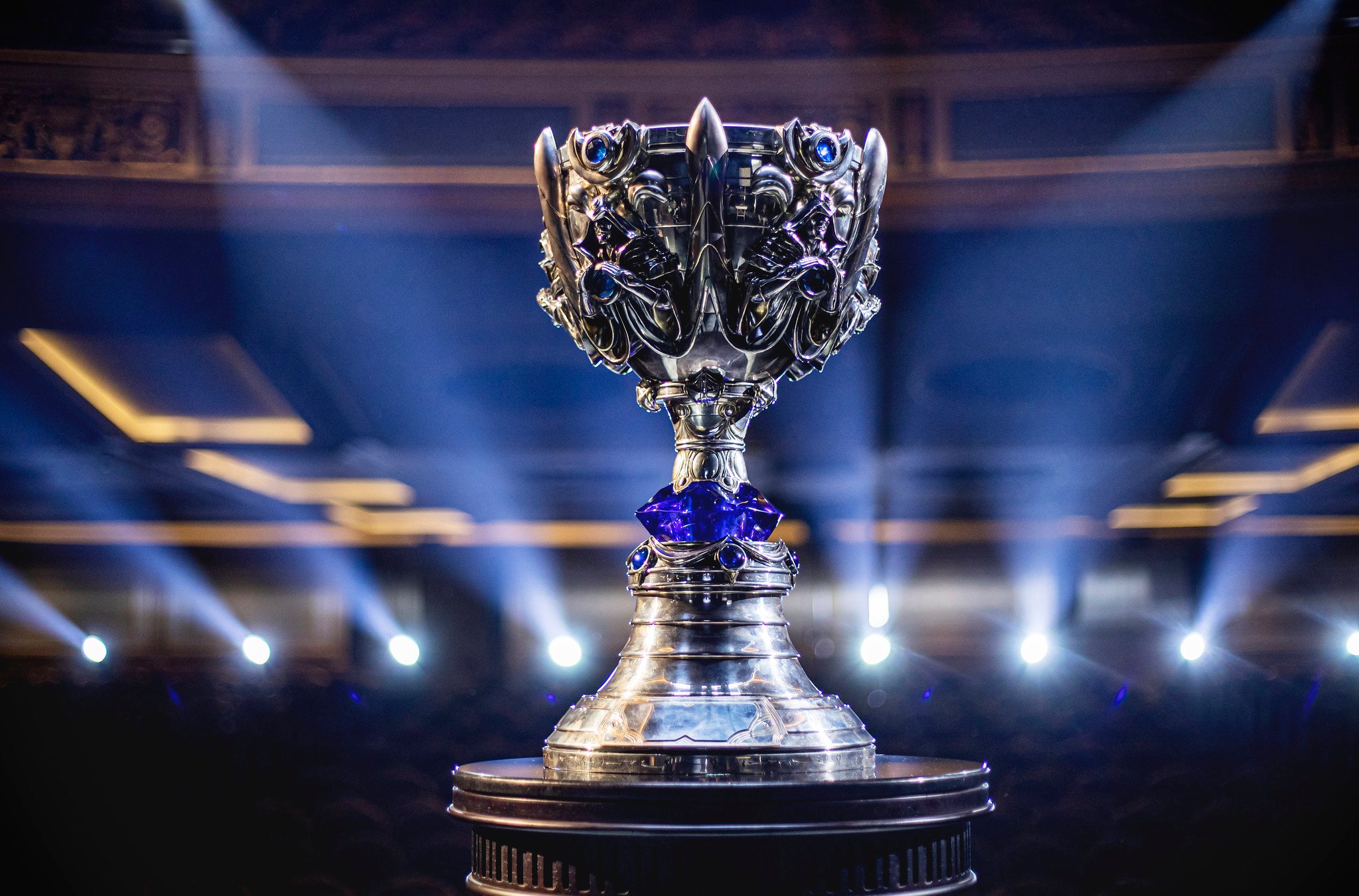 Whenever people think about the greatest moments in competitive League of Legends, the World Championship is usually brought up. It’s the ultimate goal for every team across the globe, and this year, fans should be prepared for one of the most exciting tournaments yet. Multiple top-tier teams have elevated themselves into championship contention, as well as more than a handful of dark horse candidates waiting in the wings to swoop in.

The individual talent is just as stacked. Stars from across the world have all gathered, ready to test their mettle against their peers to see whose names are worthy enough to be etched into the history books alongside some of the legends of the scene. Whether they’re a grizzled veteran or passionate young star, every player wants to lift the Summoner’s Cup at the end of the day.

Before the tournament begins, however, we’ve asked four writers from our League writing team to answer three key questions that will be answered next month when Worlds begins.

Which player will win MVP?

The first one that comes to my mind is Humanoid, MAD Lions’ mid laner. Humanoid has been a clutch and decisive player for MAD Lions (and previously for Splyce) for some years now. While he didn’t shine the most among European mid laners during the regular season, he was always there when it mattered. Not only in 2021, where he claimed both split titles, but also during his time with Splyce. At Worlds 2019, he and Splyce even won a game against Korean powerhouse SKT. Humanoid will be key to the MAD Lions’ result for this tournament.

The last three MVPs at Worlds have all been junglers, and in a meta where a strong jungler can decide the fate of a team, it only makes sense that FunPlus Phoenix’s star jungler Tian will win the award again. This talented roster is equal parts aggressive and fearless, and the 21-year-old has always been an integral part of their gameplan and pace. The only question is if he can remain consistent through their Worlds run. If he and Doinb can work together like in 2019, we’ll probably see the Phoenix rise again to take home their second Summoner’s Cup.

Last year, ShowMaker had the World Championship in the palm of his hands, dwarfing every mid laner who stood up to him throughout the course of the tournament. In the 11th hour, though, it was his teammate, Canyon, who stole the show in the grand finals and claimed the MVP trophy for himself. ShowMaker is one of the best players in the world right now, and if DWG KIA take home the Summoner’s Cup for the second straight year, it’s probable that he’s the cause for their success.

I am a man who has always operated on the principle that the MVP award should go to the most valuable player. If you want a “best player” award, make that. But because people think like me and differently from me, this award can generate the most discussion, and that’s fun. I do agree with a colleague of mine that EDward Gaming if nothing else aren’t the best team from China despite their one-seed. But if EDG do hit the ceiling they showed in their LPL Finals win over FPX, it will be because their mid laner adapts game by game and minute by minute to carry the sometimes nebulously-defined load that mid laners have to in 2021. He’s shown flashes of the individual aspects of his game across the Summer Split, but in the FPX series, he did it all, from intelligent trading to matching roams to teamfighting well to helping jungler Jiejie and top laner Flandre dominate the top side of the map. He’ll need to do so again if EDG stand a chance.

Which top team is going to underperform the most?

Even taking in account that they are the kings of the LCK and the reigning world champions, DWG KIA faced roadblocks during the split, including when Ghost was benched mid-season and mid laner ShowMaker had to play AD carry. Also, the LCK, in my opinion, is not strong as a whole, which slows down the improvement of the teams in the league, including the reigning champions. Everyone expects DWG KIA to defend the title fiercely, but in my opinion they are a worse team than last year, something that has also been reflected in that this year, in the LCK, they had to try harder to get the title.

After another failed campaign for the LEC championship, Rogue have returned to the Worlds stage after suffering two sweeps in a row at the hands of MAD Lions and Fnatic. It was a rude awakening for the regular season leaders, who were coming into the playoffs looking like one of the best teams in the region. The biggest issue this team has shown is their inability to perform when the stakes are high. They were reverse swept in the 2021 Spring Finals and were crushed in back-to-back series in the Summer Playoffs. At this tournament, the spotlight will be shining at its brightest, so unless they truly reset and found a new mindset over the past month, things don’t seem hopeful for Europe’s third seed.

Perhaps EDward Gaming is setting the bar too high coming into Worlds. Winning the Summer Split title in the most competitive league in the universe is no easy feat, but when the level of competition is inevitably increased at League’s most prestigious tournament, capturing glory at a successive rate could be difficult. While the LPL team has the talent to win Worlds outright, the franchise has never sent a team past the quarterfinals in its history. And, with two of the five members from EDG’s last Worlds-qualifying team (which—you guessed it—only reached the quarterfinals in 2018) still hanging around, it’s hard to imagine the team has moved on much from its old ways.

To its credit, Gen.G is loyal to its players. The org has been running with the same roster since Spring 2020, which is an eternity in #gamerhours. Gen.G are also unique in that they are the only team with a ceiling that somehow seems lower than their floor. That makes no sense, but that’s the image their low-variance playstyle evokes in my mind. At best, Gen.G get 3-0’d in the quarterfinals. At worst, they don’t make it out of groups. And for a team whose best international finish involved getting thoroughly taken to task by G2 at Worlds last year and deciding to run it back with the exact same team playing almost the exact same style, staying stagnant is regressing. I would love to be proven wrong if for no other reason than to see as much of a diversity of styles in knockouts as possible (it doesn’t have to be stylish to be a style), and to make the relative creativity that other teams will use to beat them look even better and hopefully move the needle in that direction overall.

I think the MAD Lions are the best hope Europe has had since a while. Not just because they absolutely dominated the 2021 LEC playoffs without dropping a single best-of-five in Europe, but also because of their playstyle. MAD Lions have proved to be great teamfighters, and that they are not afraid of taking risky fights and staying proactive. I think this playstyle offers the Spain-based team good chances to beat the top teams like LPL’s FunPlus Phoenix. Also, mid laner Humanoid faced FunPlus Phoenix and Doinb at 2019 Worlds, where Splyce ended up getting out of the groups—a result above the expectations on him and Splyce that year.

FPX are a safe pick to win the tournament, but for good reason. This juggernaut of a roster has looked stronger than ever before—even though they did lose to EDG in the finals—with Doinb playing like the best mid laner in the world over this past year. Tian and Nuguri are also experienced star players who have both won the trophy on the Worlds stage, and their destructive playstyle and rapid pace can overwhelm even the most stalwart opponents. Look for FPX to break out some unique picks to throw off the competition, as they blaze a trail towards the organization’s second Summoner’s Cup.

I’ve admittedly been way too high on DWG KIA in the past, but after seeing the team burn through the LCK the past few weeks, looking like their old selves in the process, I’m convinced they have what it takes to translate their dominance onto the international stage and win Worlds altogether. The team sports a roster with some of the best players in the world at each position—all of whom are led by the best coach in the history of professional League, and almost all of whom have won Worlds as recently as last year. I’m not saying that I’m betting on the “incumbent’s advantage” playing a role at Worlds, but with such a stacked tournament field in mind, the team with the highest floor and most recently-displayed success is most definitely the safest option in the field of 22.

FunPlus Phoenix will become the first LPL team to win multiple world titles this year. Like Tyler said, there are just too many pieces of evidence in their favor. The most salient of those is their consistency across 2021 in the most unpredictable major region in the world while dealing with roster swaps. Two patches’ worth of changes sit between the LPL playoffs and Worlds, and in a competition that can be so dependent on quick meta adaptation, FPX’s 2021 gives me the most confidence. Mid laner Doinb might be the best player in the world, but not because he’s the flashiest. He’s shown champion flexibility and a willingness to help lead the charge in early-game macro. The other side of this coin is Nuguri constantly forcing teams to think about the top lane’s ability to impact the game at the highest level. There’s just too much talent and experience on this roster to not say they’re the favorites.