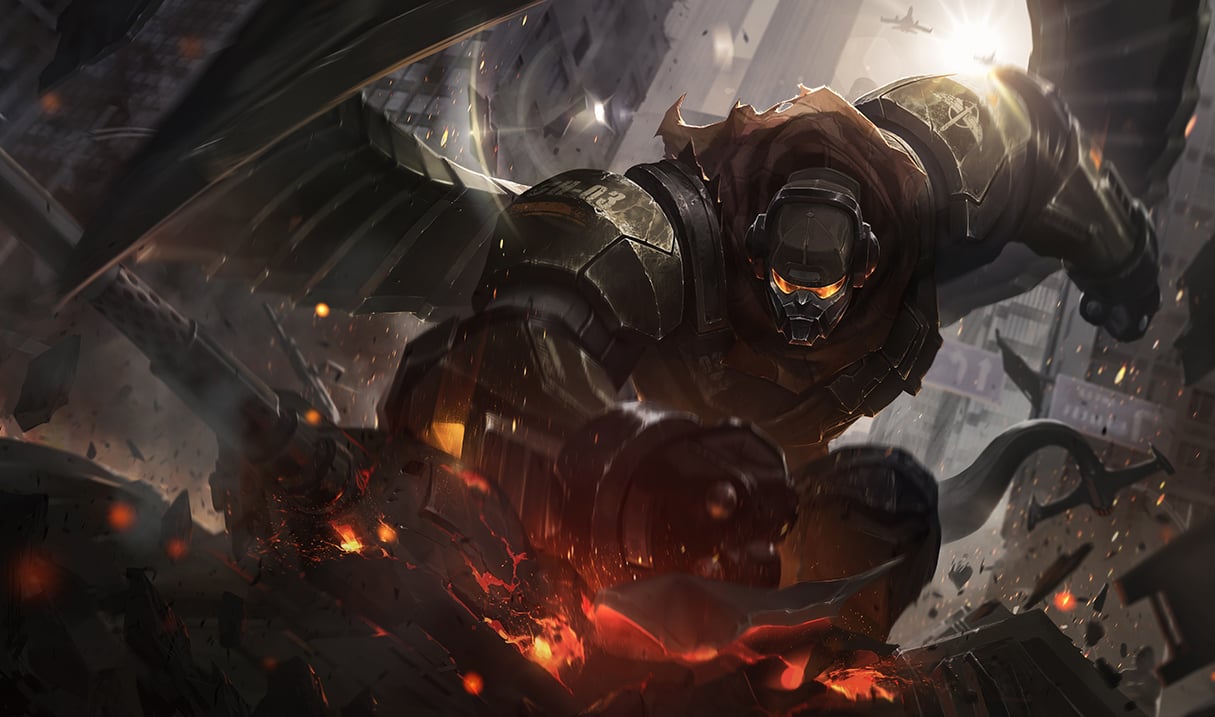 Two of the most popular starting items in League of Legends are both receiving nerfs in the next patch, according to the latest PBE update.

Both Doran’s Ring and Doran’s Shield are being abused in the live game right now, so it’s clear that something needs to be done. The nerfs aren’t very large, but both are the first items that players buy, so any change could affect the item’s usefulness—one small change could affect how well a player controls the pace of their lane, who gets first blood, or how easily you can be pushed back to your tower.

The shield is the most problematic item in Doran’s arsenal following its rework in Patch 7.9. It was given the ability to regenerate health over time after taking damage from an enemy, while at the same time giving the wielder bonus damage to minions. Doran’s Shield has traditionally been an item for tanks, giving them the ability to block a good portion of early game damage, but becoming virtually useless into the mid game. It’s still good on some tanks, but it’s mainly a tool to use for champions that traditionally have a weak laning phase—oh, and every marksman in the entire game.

Every ADC builds Doran’s Shield because it provides extremely strong regeneration and it makes it easier to farm, and if an ADC can get away with just farming and stalling for the later stages of the game when they have items, they always should. Since that’s what the shield excels at, it’s no wonder that it quickly became the OP flavor of the month item for marksmen. Unfortunately, the item also accomplishes its original goal of helping out bad laners in top and mid lane. Champions like Akali, Katarina, and Talon that all have weak early laning stages are now viable options against lane bullies. It’s cracked open the meta to allow in all sorts of champions.

So how do you nerf the item for ADCs without hurting its effectiveness on champions that it’s being used correctly on? You can’t really—a nerf to the former almost definitely means a nerf to the latter. That’s why Riot isn’t nerfing the item directly; its cost is just being increased. A small increase from 400 to 450 gold will prohibit players from buying two health potions, which has a significant impact on early lane survivability.

The shield was meant for tanks, yet carries claimed it as their own. The ring has the opposite problem. It was designed for mages, yet top lane tanks have been building two, and sometimes three Doran’s Rings before starting to buy their normal item builds. Even though this delays the tank’s late game effectiveness, its early game benefits are so great that it just doesn’t matter. Champions like Galio, Maokai, Gragas, and more love the ring because it’s exactly what they need. More mana and AP for trading damage with potentially higher damage lane opponents like Fiora and more health for tankiness. It’s a win-win across the board.

As you can imagine, building three of the same starting item before buying your actual item build isn’t exactly healthy for the game. It takes away the complexities of choosing your items based on unique circumstance, and it’s clearly OP if anyone wants to sacrifice three item slots in the early game for the same item.

The ring’s nerfs are pretty significant, but you wouldn’t be able to tell just by glancing at it. The goal of the ring is to provide mana and dueling power, so Riot has to be careful not to take that away. Instead, the mana renegeration passive on the item is being turned into a unique passive, meaning it can only be applied once, even if the player has multiple versions of the same item. Without the influx of mana, the player can use three Doran’s Rings to deal more damage in duels, but they won’t be able to duel as often. Their mana pools won’t be regenerating at insane speeds.

Both of these changes are slated to go live in Patch 7.12, which should be in two to three weeks if it follows the usual rhythm for patches. The Doran’s Ring nerf should do its job, and you can expect tanks to halt building so many of them, but the Doran’s Shield likely won’t fall out of meta, even on marksmen.