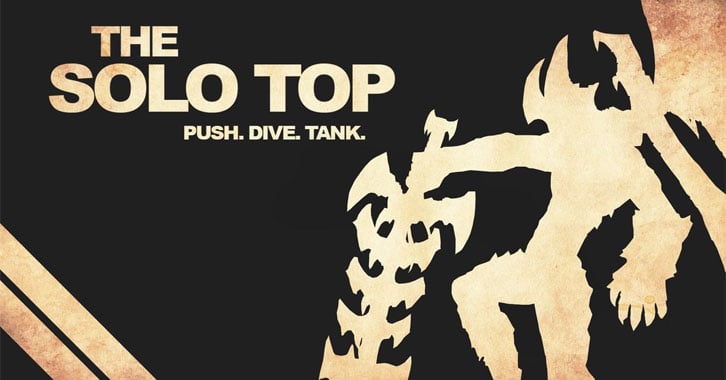 League of Legends is a very complex game. If I were to list all the necessary skills a player must master to play at the highest competitive level, I would be here all day. While focusing on a specific role allows you to grasp its particular intricacies, I suggest you broaden your horizons and play the five roles equally for a while.

Knowing every jungler’s most common routes and ganking paths, for example, is an essential skill. Playing ad carry, however, will not teach you a lot about it. Likewise, jungling for six games in a row will not do much for your last hitting and trading skills.

As such, spending time playing all roles is not only a chance for you to improve skills you would not normally practice; it also forces you to look at the game from another perspective, helping you understand the thinking pattern of other positions.

Throughout the time, the best top laners in the world have always shared common skills that make them stand out from the others – amazing trading skills, outstanding minion wave control and, more recently, fantastic map awareness, as shown in their teleport usage.

Any top laner must be able to trade correctly. A failed duel early on can force you to recall and teleport back to lane, giving the opposing player an advantage in terms of map pressure. Similarly, lacking good trading skills will compel your jungler to provide you with more help than usual, thus reducing his impact on the bottom-half of the map, specifically in the dragon area.

With that in mind, what exactly is trading? As the name suggests it is the exchange of damage between two champions. A favorable trade is one where you out-damage your opponent. Excelling at trading is the foundation of winning any lane matchup and will turn you into a skillful player.

Since the most common top lane champions are melee, you will often find yourself dueling the enemy champion. If done incorrectly, this can lead to considerable lane disadvantages and CS disparities. Playing this position will force you to improve your ability to exchange damage with your opponent, which in turn increases your performance in the other four roles.

I suggest you take a look at a video by the Australian player “PhRoXzOn”. It will introduce you to the basics of trading, such as trading stances, and teach you how to punish enemy mistakes during laning phase.

Another skill that differentiates good players from great ones is their ability to manipulate the minions to their advantage. To simplify, wave control consists on pushing or freezing the creeps depending on the situation.

A great top laner will freeze the wave near his tower when he knows the enemy’s trinket is on cooldown, for example. Similarly, when his own trinket is placed on the map, he will look to play aggressively, thus pushing the wave into the enemy tower.

At its peak, an outstanding control of the minion waves can translate into a victorious strategy on its own. In 2013, during the Spring Season of OGN, CJ Blaze managed to reach the final with a 15-game winning streak, mostly due to the way they manipulated creep waves. As explained by OGN caster MonteCristo, Blaze employed a strategy that consisted in using minions to create a “sixth man” on the team. Flame would grow massive CS leads on the opposing top laner by deep freezing the wave near his tier-2 tower, denying the enemy a substantial amount of farm.

In 3 great articles1, “SoloRenektonOnly” explains many concepts related to creep wave management that you should apply in all your games from now on. Not only will it make you a better top laner, you will improve at all other positions as well.

A big element of being a top laner is knowing how, and more importantly when, to influence the other parts of the map. Most people refer to top lane as an “island” and it is your job as a player to understand how to reach the continent.

Part of doing that requires you to have good map awareness to know (and sometimes predict) the location of ally and enemy players as well as the wards on the map.

The most basic form of map awareness is simply placing down wards and spotting the enemy jungler or roamer attempting a gank. That alone is crucial to your success during laning phase, but map awareness is much more than just that.

Great top laners are known not only for consistently winning their lane, but also for heavily impacting the rest of the map. Although players like Flame and ZionSpartan achieve that by splitpushing, others like Looper are more prone to roaming and using teleport to make plays in other lanes. In both instances, it is essential to be well aware of each player’s position on the map, since a poorly timed teleport can be turned around by enemy roamers and a death while splitpushing late game can result in free objectives for the enemy team.

Overall, playing top lane will increase your map awareness. Not only because you need to constantly avoid ganks, but also to get a grasp of the situation of other lanes so you can safely apply pressure on the map, either through splitpushing, or play-making with teleport.

Playing the five roles in League of Legends provides you with a different perspective of the game as well as broad skills that are important to all positions. Top laners, for instance, develop their trading and minion wave control skills considerably more than other roles. Since those skills are common to all five roles, mastering them is a step to becoming a more well-rounded player.