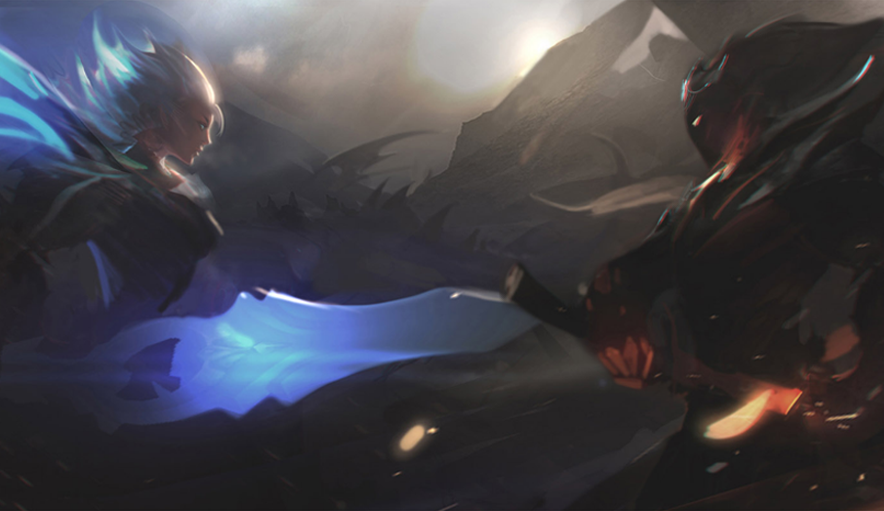 New skins for Yasuo and Riven have been teased on the PBE, according to [email protected], a League of Legends PBE news site. They might be the Angelblade and Demonblade skins that were leaked on Reddit in March.

Angelblade Riven and Demonblade Yasuo weren’t all that the leak mentioned, either. It also referenced Xayah and Rakan prior to their reveal, as well as skins like Pulsefire Caitlyn and the Dark Star set. It also correctly predicted details of Zac and Maokai’s rework, so it isn’t far-fetched to believe that these are, in fact, the demon and angel-themed skins from the leak.

There isn’t any other information in the PBE about the skins, so it’s hard to tell if they’ll be part of a new event or feature. They could just be a new pair of skins to buy with nothing else included. If these skins are the same that were mentioned in the leak, it’s a safe bet to say that the rest of the leak is correct too, including the Omegasquad and Star Guardian skins, as well as details on the Urgot and Evelynn reworks.

Riot has yet to release anything official on the new skins, nor has the company even said that they are new skins. There is a small chance that it could just be some sweet new artwork, but the Riven and Yasuo in the image don’t look anything like any of their current skins, and you have to admit, they look rather angelic/demonic. We can safely assume it’s for the new skins, but you never know.

Typically, Riot reveals new skins on social media pages, such as its official Twitter and Facebook page for League. With the image hitting the PBE yesterday, it’s likely the company will reveal more soon.