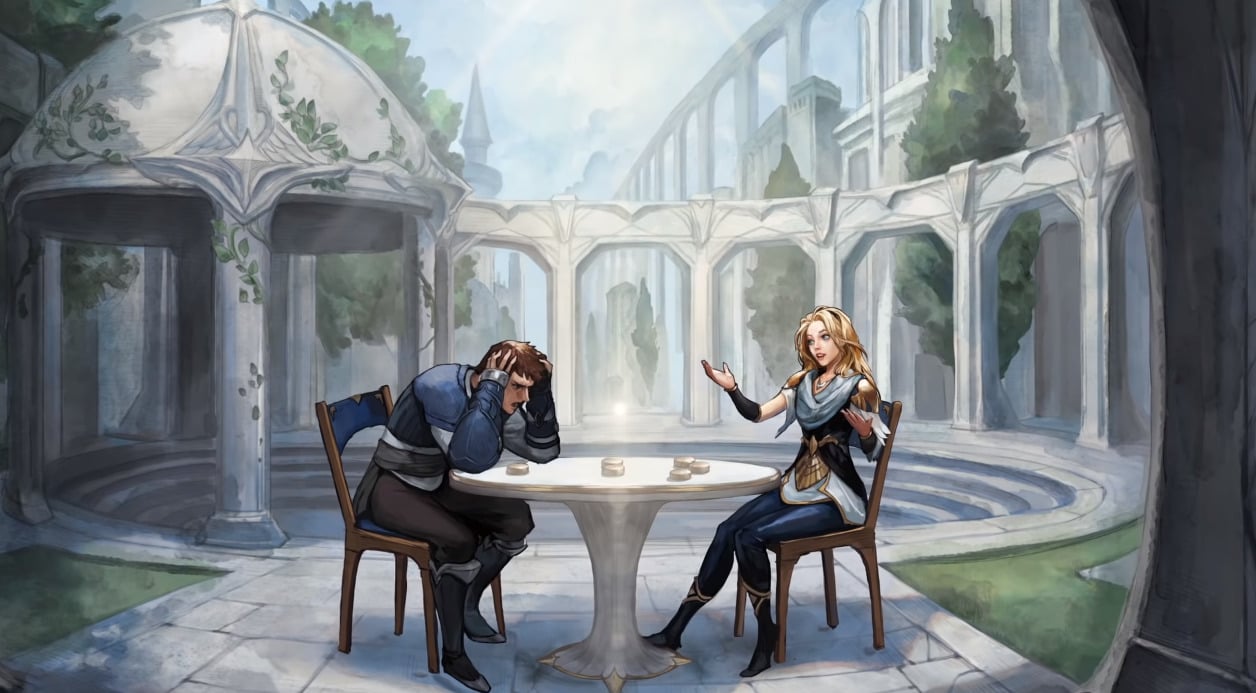 Riot teased its upcoming tabletop game Tellstones: King’s Gambit earlier this year. And now, fans get to see some of Demacia’s finest play.

Riot revealed a Tellstones trailer today that features guest appearances from several League of Legends champions. Fans can also visit the board game’s website to sign up for future updates.

A frustrated young Cithria starts the trailer off, asking a man who’s likely her father how he manages to beat her every time. The “old man” then begins to explain how to be a successful Tellstones strategist by “playing the player.”

Several Runeterra characters are then featured, including Xin Zhao, Quinn (and Valor), Lux, Garen, Sona, Taric, and Fiora. The champions use different techniques to outsmart their opponent.

The trailer ends when Cithria slyly reveals she distracted her father to finally best him.

Tellstones is a game of “bluffing, strategy, and recollection,” according to the website. There doesn’t appear to be a set release date, but the website says it’s “coming soon.”