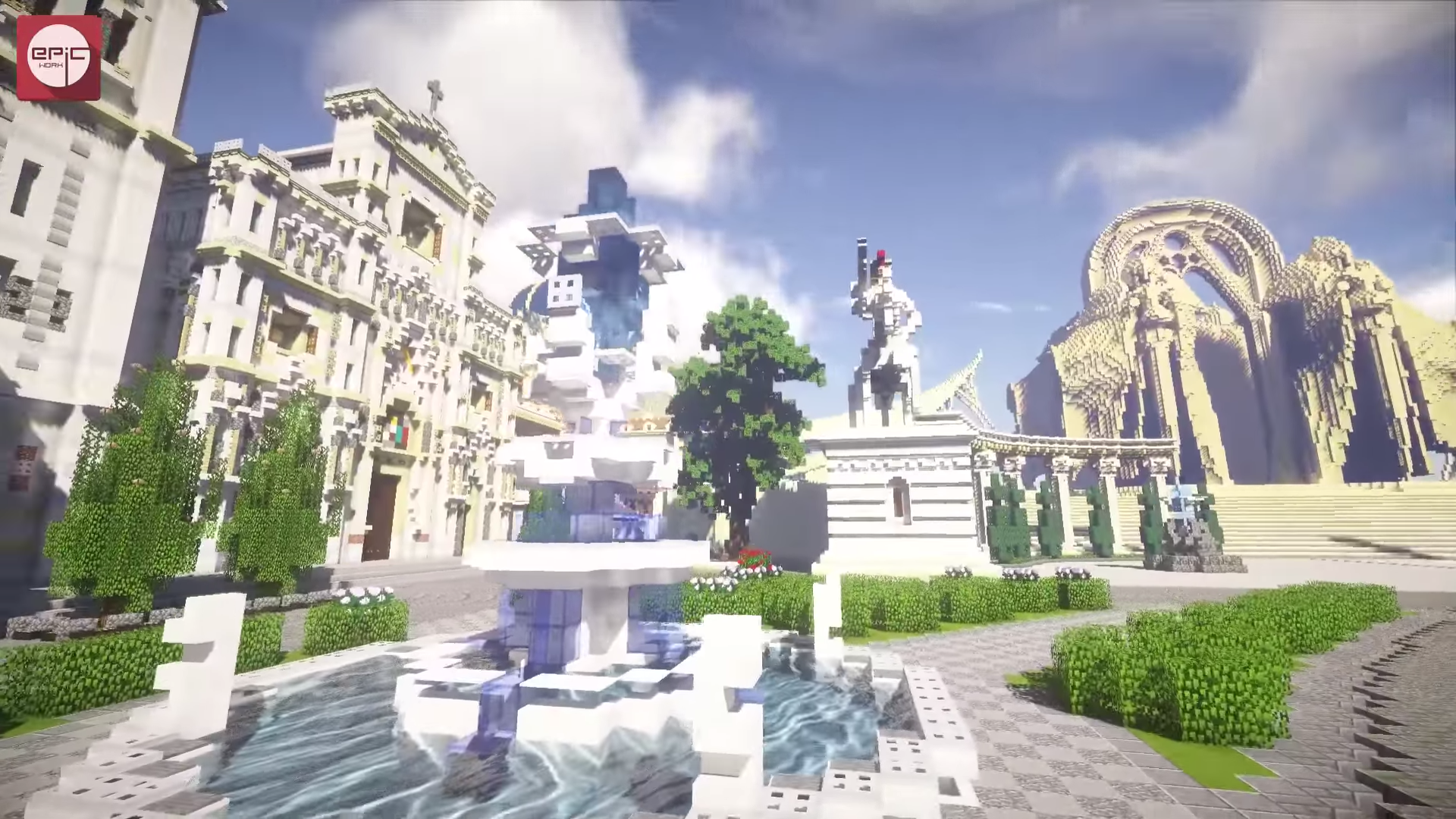 The League of Legends community is full of fan art. Now a new building project gives fans the chance to explore the world in detail—at least in a way.

Epicwork China, a YouTube Minecraft team, spent multiple months designing the various locations of Demacia based solely off of the artwork that Riot has released over the years that showcased segmented parts of Demacia.

Riot has never shown its fans what the entirety of Demacia looks like, only teasing fans with certain images and animations like in Galio’s updated splash art.

Because of this, Epicwork China mainly combined the elements that Riot did show into one big design and guessed how some areas of Demacia might look based on the aesthetics and designs of countless buildings, statues and source material.

The same statue is repeated countless times in the map to fill up spaces on top of castles and really bring Demacia to life in Minecraft form.

Currently, Epicwork China has not released the map to the public to allow them to download it and see the world that they created. Fans will be getting a chance to walk the streets of this mysterious land—or at least as close as they are ever going to get.