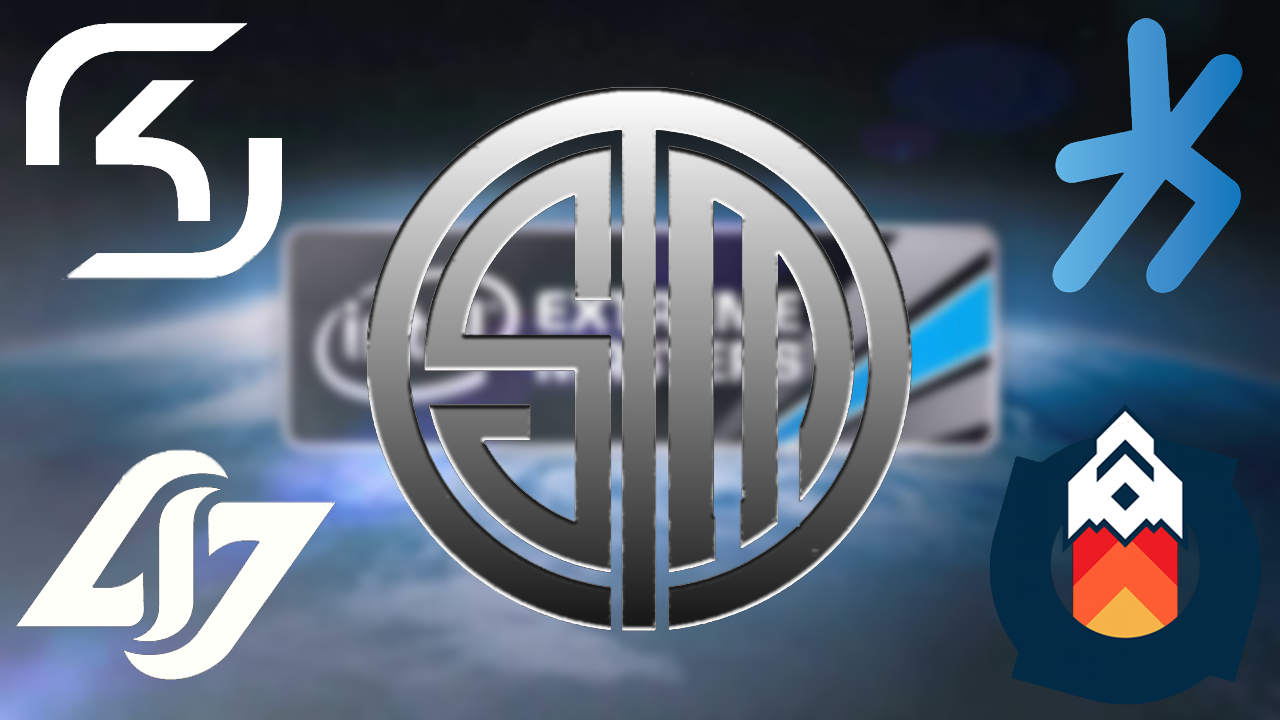 In less than a week, League of Legends teams from around the world will battle it out at the Intel Extreme Masters (IEM) in San Jose, California. With so many teams swapping out players from their rosters and Fnatic dropping out of the competition, it is difficult to predict who will come out on top. While the final roster for Counter Logic Gaming has been kept a mystery, there have been trickles of information leaked out concerning Team SoloMid’s IEM roster. In the last two weeks, sources close to the organization have hinted at the most likely candidates for TSM’s top lane, jungle, and support positions, but only recently has the organization made an official announcement concerning the three new players.

In short, Kevin ” Hauntzer” Yarnell of Gravity Gaming, Dennis ” Svenskeren” Johnsen of SK Gaming, and Raymond ” kaSing” Tsang of H2k-Gaming will fill in the top lane, jungle, and support positions on TSM for IEM San Jose. Along with the transfer of Doublelift from CLG to TSM, this is the largest consolidation of western talent in League of Legends history. It is important to take note of the following line spoken by kaSing: “Depending on if we do well, maybe we don’t, I will decide whether I want to continue playing with TSM or if I want to join another team.” With this statement, it is safe to assume that this is not TSM’s final roster. This assumption is backed up by the tweet below made by Andy “Reginald” Dinh, the owner of the organization.

Note that Reginald emphasizes that the team has its roster “for JUST and ONLY IEM”, hinting at the possibility of changes down the road. Without the luxury of time, TSM has to make quick decisions that might not lead to ideal circumstances heading into the Spring season of the League of Legends Championship Series (LCS). Instead, TSM will use IEM San Jose as a professional trial for the new players on the team. Depending on the performance of each player, they could be made into a starter, or placed on the bench to give way to a player that fits with the team better. That being said, let us look at the strengths and weaknesses of each player.

If one recalls in Part 1 of this series, it was stated that TSM needed a playmaking support to initiate for Søren “Bjergsen” Bjerg and Yiliang “Doublelift” Peng, giving them opportunities to deal damage. As someone who primarily plays engage supports like Thresh, Alistar, and Annie, KaSing is the perfect player for the job. Though a great support in his own right, Jan-sik “Lustboy” Ham was a more protective support in his style. This dates back to his years on Azubu and CJ Entus Blaze, where his primary job was to make sure Kang “Cpt Jack” Hyung-woo stayed alive.

If we are comparing kaSing to other NA supports, the obvious comparison has to be with Doublelift’s former teammate. His playstyle is very similar to Zaqueri “Aphromoo” Black’s of CLG, who worked alongside Doublelift to dominate NA LCS bottom lanes for 3 years. This creates a smooth transition for Doublelift onto TSM, where before he might have had trouble adjusting to a different supportive playstyle.

While on the topic of supportive playstyles, it is important to highlight some points. While kaSing is a great engage support, especially when playing Thresh, he lacks the same proficiency on protective champions like Janna, hinting at a lack of diversity in his champion pool. Despite this weakness, the combination of two exceptional carries and kaSing’s ability to affect the map with his roams, gives TSM potentially the best team in NA. But before that can be concluded, the team must demonstrate if whether kaSing can synergize with his new jungle, Svenskeren.

Storm Brewing in the Jungle

Ever since Samsung Galaxy White took everyone by storm at the Season 4 World Championship, teams have been adopting elements of their play into their own strategies. Arguably the most influential part of their play was the jungle-support synergy that Choi “Dandy” In-kyu and Cho “Mata” Se-hyeong had. Every top team has adopted this strategy into their play, and by roaming and warding as a duo, they are more likely to gain advantages than alone. That is part of the reason why lane swaps have become so popular.

While Svenskeren is not particularly well known for his synergy with supports, he is well known for being an aggressive counter jungler. With the right information, Svenskeren can completely shut down an enemy jungler, sometimes even doubling their last hits. Once he has an advantage, he often looks to make plays and snowball his lead. The champions he plays compliment his playstyle and allow him to apply early pressure around the map, giving his teammates some room to breathe. The only question now is if he can integrate himself into TSM and learn to play alongside kaSing in time for IEM. Though not yet used to working alongside his support to make plays around the map, if given enough time, Svenskeren will be a force to be reckoned with.

Not Just a Pokémon

The final newcomer to the roster, Hauntzer, is very similar to the former top laner of TSM, Marcus “Dyrus” Hill. Both Hauntzer and Dyrus were able to play a wide variety of champions, but more often than not, were put on durable initiators like Maokai. Before we analyze Hauntzer more in-depth, let us compare both players’ on a statistical level.

As can be observed in the table above, the two players are comparable in many ways. Though Dyrus has a slightly higher KDA, his kill participation is significantly lower holding 7th place among NA top laners, compared to Hauntzer’s 4th place. There is also a small difference in the “percentage of team damage” when compared to the “percentage of team gold”, but not significant enough to make a difference. In short, Hauntzer only slightly edges out Dyrus statistically.

To be fair to Dyrus though, the reason he had such a low “percentage of team damage” was due in part to a weakness TSM has always had, and that was their overreliance on Bjergsen to win games. If Bjergsen did not perform well, there was no one else on the team that could carry the burden. Now that Doublelift is the new AD carry though, the pressure of carrying is distributed more evenly and the lack of a threat from the top lane is no longer as important as it was before. Another weakness that must be addressed, and one that also led to Dyrus’ less than stellar performance at times, is the ability of TSM to play around and support the top lane. At times Dyrus was left on a figurative island and forced to fend for himself while the enemy team focused him, snowballing his lane opponent ahead. In the below video clip, you can sense the frustration that Dyrus had with this type of arrangement.

Even though TSM now has a dual carry threat team, if this weakness persists even with Hauntzer, TSM will not be able to compete on an international level. There is a reason top level teams almost never leave one of their players out to dry and that is because it is a recipe for disaster. It might have worked for TSM in North America in the past, but if they wish to be successful outside of their own region, they will need to address this problem as soon as possible. With IEM San Jose just around the corner, this is a good time to test their the new roster.

Heading into the final week before IEM, TSM flies off to boot camp knowing full well the struggles they will face ahead. With a brand new roster and support staff, and very little time, the team must work quickly in order to create a cohesive unit. As the two teams that dropped out of Group D of Worlds, LGD Gaming and Team SoloMid will be fighting for their pride in the first quarterfinal match of IEM. Though LGD did not perform as well as everyone expected, they have the advantage of having the exact same players and plenty of time to fix the issues that arose during the World Championship. If that was not tough enough, the North American squad will have to then face the semifinalists of worlds with a featured rematch of last years IEM San Jose between Bjergsen and the new mid laner of Origen, Tristan ” PowerOfEvil” Schrage. The future is still uncertain for TSM, but as the team gears up for their first ever competition together, the veil of uncertainty will slowly be stripped away.

This is Part 2 of a series about the new rivalry between Team SoloMid and Counter Logic Gaming. As more information unfolds, expect more of the series to be released heading into the beginning of the 2016 LCS season.