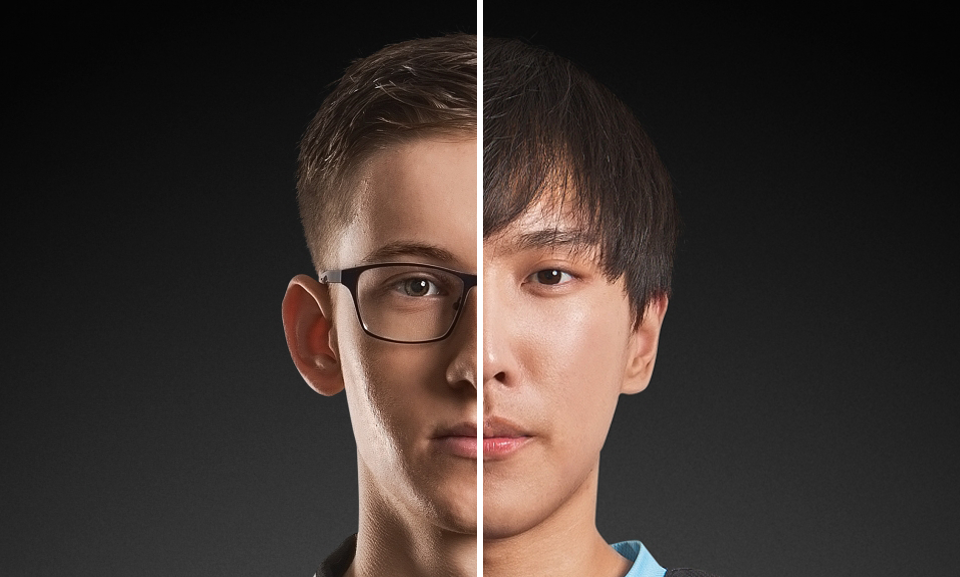 Rivalries – from diehard sports fans to the players on the field, it is hard to find someone who does not enjoy the back and forth struggle between two teams with a long history together. Similar to how the international sport of football has Real Madrid vs. Barcelona, League of Legends has Counter Logic Gaming vs. Team SoloMid. Though the original roster of both teams has long been a thing of the past, the rivalry between the two organizations burns hot to this day. That is why the release of CLG’s star AD carry, Yiliang ” Doublelift” Peng, came as such a huge surprise. It was even more of a shock when a few minutes after CLG’s announcement, the organization’s long-time rival released a video revealing Doublelift as the newest member of the team. The image of him throwing away the jersey of the team he was on for 4 years was something nobody would believe had they not seen it. Only a few months prior, CLG had defeated TSM in the finals of the North American LCS in a 3-0 clean sweep. The team was at the peak of their game, but beneath the surface there were a lot more problems than were apparent.

Doublelift’s recent vlog provides a lot of insight into how the team functioned and truly shows how little people on the outside know about the inner workings of a team. The reasons for the transfer aside, it raises some important questions about the future of CLG and TSM, and the rivalry between them. At the moment, it is impossible to predict the trajectory of CLG with such a lack of information available on their roster for next year. The only thing that is known for a fact is that Choi “Huhi” Jae-hyun is the starting mid laner, but with no professional games played with the organization, not much can be reasonably extrapolated.

At the same time, 2/5 of the TSM roster has been solidified with players that are very well known in the North American scene, making it easier to assess the challenges they will face next year. Will the combination of the dominant mid lane carry in Søren “Bjergsen” Bjerg and the solid lane focused style of Doublelift lead to a North American powerhouse like never before? Or will it be a repeat of China’s OMG star lineup that finished 7th place in the 2015 LPL Summer Season? In order to make a meaningful prediction, one must first break down TSM in several ways. This involves analyzing the strengths and weaknesses of its players, the approach the organization takes when it comes to player support structure, and the reoccurring tendencies of the team as a whole.

The three-time champion and six-time finalist of the NA LCS, Team SoloMid, is well known for its mid lane focused playstyle that dates back to when Andy “Reginald” Dinh was still a part of the roster. Despite having a naturally aggressive AD carry in Jason “WildTurtle” Tran, the team almost always focused on snowballing the mid lane and closing out games with advantages gained through the laning phase. This was due in part to a change in the support position, from a play maker in Alex “Xpecial” Chu to a more defensive support with Jang-sik “Lustboy” Ham. Along with the team’s inability to successfully integrate a jungler that could play around the side lanes consistently, TSM stayed true to their name and lived and died based on the performance of their mid laner, Bjergsen.

Oftentimes, Bjergsen was able to carry the team on his back, outputting 42.5% of the team’s damage to champions over the course of the entire NA LCS 2015 Summer Season. But when faced with the highest level of competition, where he could no longer dominate his opponents, the team fell apart. This is where Doublelift comes in; well known for his exceptional mechanics and the ability to control the game, he could very well be the key to creating a double threat composition that elevates TSM to the next level. Despite his strengths as a player though, Doublelift also has his faults, mainly in his ability to be a supportive teammate and incorporate positive criticism. This was made evident in vlogs and interviews from Zaqueri ” Aphromoo” Black and Shin ” Seraph” Wu-Yeong, who both expressed their difficulty working alongside Doublelift, especially when things did not go well. Below, Duncan “Thorin” Shields and George “HotshotGG” Georgallidis, the owner of the CLG organization, discuss Doublelift as a player and person in an attempt to understand why he has so much trouble working with people on a team.

With all that being said, if there was any team owner that could bring Doublelift down a level and make him change his ways, it is Reginald of TSM. Known for his no-nonsense style of management and his effective roster changes, Reginald has led the team to success every step of the way. It was TSM that took the first step into establishing a support structure around the team in the form of a coach and analyst, and again with their recent announcement for an expansion of their coaching staff. Though not guaranteed, this might provide the tools necessary for Doublelift to work well with the team.

This brings up the next issue: the lack of a top lane, jungle, and support. One could speculate forever which free agents would be most likely to join TSM, but I believe it is more constructive to instead discuss the type of players that will facilitate the strength of the two carries. In the past, Bjergsen was charged with carrying the team to victory, all while shot calling. He was in a position similar to where Faker was throughout 2014: if he did not carry the team and make risky plays, the team had a slim chance of winning. Now that Doublelift has joined the ranks of TSM, some of the pressure has been alleviated. Part of what made Doublelift successful for so many years though, is the presence of a lane dominant support in Aphromoo.

If TSM wants to call itself a world contender, it needs a playmaking support and a jungler that is decisive in his movement around the map. In the past, the organization struggled to find a jungler that was both flexible and experienced. As the most important positions in the early game, the support and jungle synergy is vital in acquiring advantages for the team, whether it be through vision or gold. They are also arguably the most difficult positions to play on a macro level due to how much variability there is in lane swap scenarios, making experience the most sought after trait. By acquiring these types of players, the role of shot caller can also be shifted away from Bjergsen into a position that has more flexibility and control over the team’s macro play.

That is not to say that the third and last position, the top lane, is not a vital component to the future of TSM. Instead it means that if the team does not play an effective early game macro strategy made possible by the support and jungle positions, then the skill of the top laner does not mean as much. League of Legends continually becomes more of a team based game each year. As more focus is shifted to objectives and team fighting and less on the ability of a single person to carry the game, teamwork and communication becomes invaluable. If there is anything that we have learned from watching the 2015 World Championship, it is that a great top laner is one that synergizes best with his team.

That being said, TSM does not need a dominant carry top laner to be a strong team. To the contrary, having a third carry on the team will take away farm from the two damage dealers. Instead, TSM needs to acquire a top laner that is capable of picking up new champions and strategies that reinforce the strengths of Bjergsen and Doublelift. With the “Juggernaut” rework just past the horizon and the pre-season changes around the corner, the most valued characteristic of a top laner is adaptability. In truth, adaptability is an important characteristic no matter the role, but it is most important in the top lane because as the meta changes, the types of champions drastically changes in the top lane. If the team is able to put together a roster that compliments the strength of their present star lineup, the rest of North America will have a tough time contesting Team SoloMid.

Looking back over the course of League of Legends history, there have been many rivalries: SK Gaming vs Fnatic, Counter Logic Gaming Europe vs Moscow 5, and KT Rolster vs SK Telecom. Despite all the passion and competition between these teams, none have stood the test of time quite like the rivalry between Counter Logic Gaming and Team SoloMid. The victory of CLG over TSM in the NA LCS 2015 Summer Finals has reinvigorated the rivalry and brought with it a new and more personal meaning, especially for Doublelift. With the transfer of Doublelift and the roster of CLG still up in the air, nobody knows what the future holds for the team. But one thing they do know, is that the team will never be the same, whether for better or for worse.

This is Part 1 of a series. Look for Part 2 in the coming weeks.