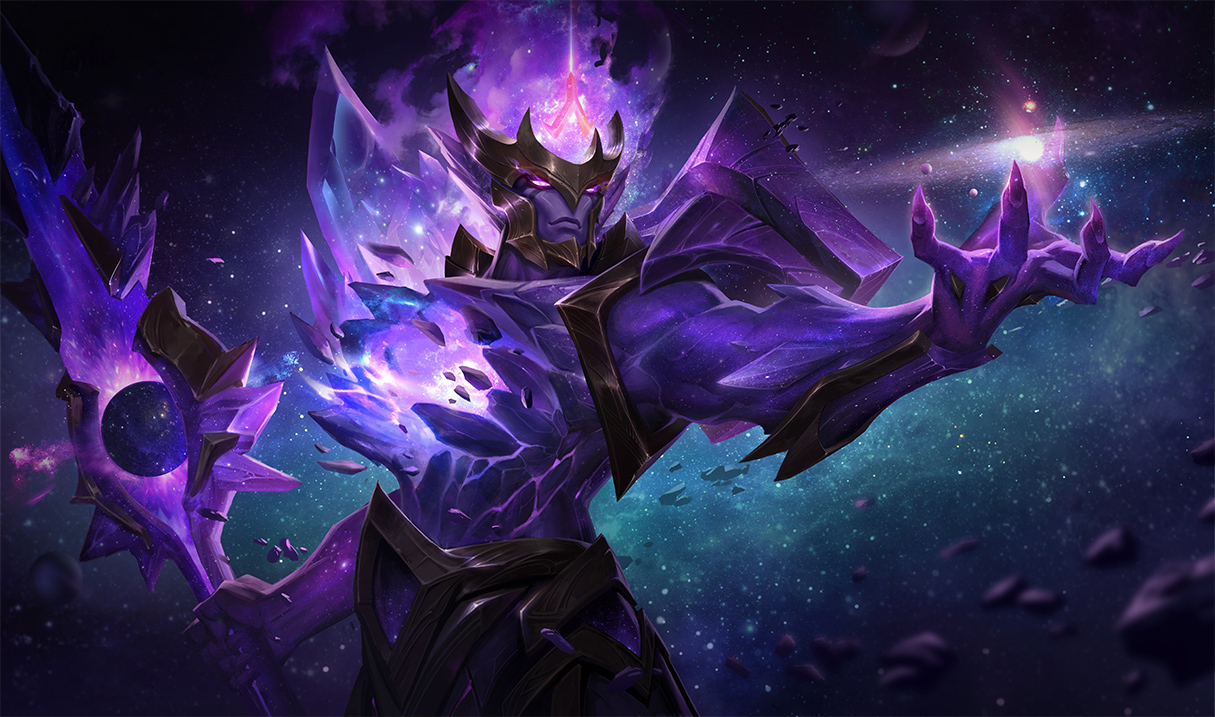 Patch 8.4 has been out for an entire week already, but Dark Star Jarvan is finally officially available and ready to buy.

This is a big day for the crowned prince of Demacia’s fans, because it’s the first skin he’s received since Fnatic Jarvan was released in 2014 to commemorate Fnatic’s Worlds victory years before. It may have taken four years, but Jarvan IV finally has another skin, and it looks totally badass to boot.

The skin costs 1350 RP, just like some of the other Dark Star skins in League of Legends, and it features custom ability animations, an altered voiceover, and a new recall.

Dark Star Jarvan joins the family of four other Dark Star champions—Orianna, Kha’Zix, Thresh, and Varus. Out of all of them, Jarvan is the first in the series to not be an innately creepy or edgy champion. Well, now he is, being that he’s a cosmological star-destroying deity, but that’s beside the point.

Jarvan is just another older champion to receive his first skin in a long time, following behind Cassiopeia, Singed, Yorick, and soon, Illaoi. Now if only we could get a better skin for Shaco.