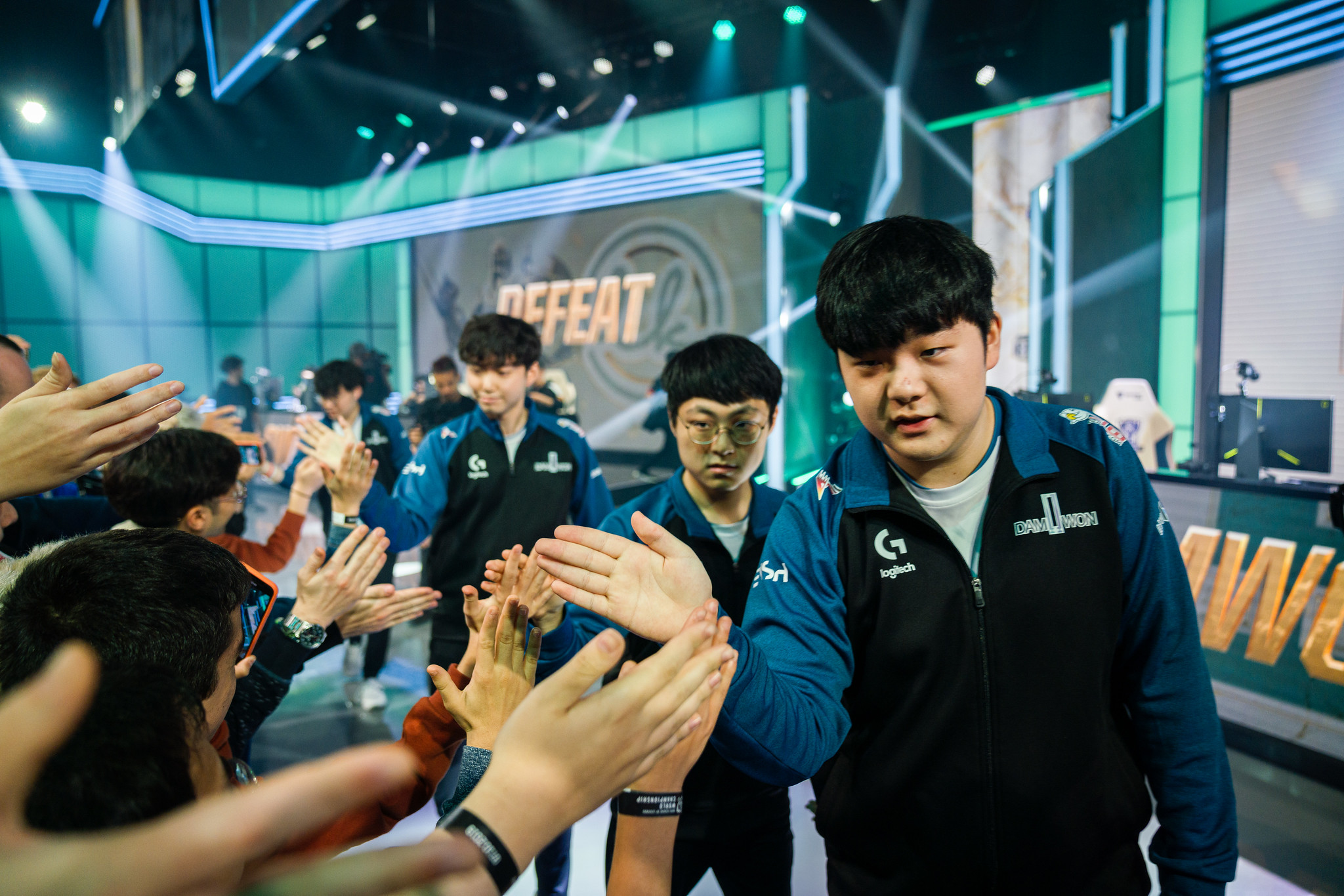 Before joining the main event group stage, DAMWON had to go through the play-in stage. They dominated that portion of the competition, only dropping one game against Lowkey during the knockout stage. Despite this, DAMWON’s ability to advance past the group stage has been questioned because of their weak early game. They were winning games during the play-in stage but constantly fell behind early. Today, however, DAMWON crushed the early game against the reigning world champions.

Going into the game, DAMWON jungler Kim “Canyon” Geon-bu had IG’s Lu “Leyan” Jue out-pathed from the first minute. Canyon played around IG’s vision and took sneaky routes to surprise IG’s laners. DAMWON primarily focused on the bot lane and didn’t give IG any leeway to respond. Leyan was left in the dust and IG were forced to play from behind.

IG drafted a team composition that scaled during the mid game against DAMWON’s late-game scaling team, though. IG skillfully forced themselves back into the game with well-executed teamfights. But the deficit was too large, and despite IG fighting during their power spikes, DAMWON eventually won through scaling.

Similar to DAMWON, IG have shown a weakness in the early game. Team Liquid, for example, were able to build an early lead against IG in their game yesterday because of the difference in jungle pathing. The saving grace for IG has been their impeccable mechanics. They’re able to maneuver through seemingly-impossible plays, making it relatively easy for them to come back after poor starts. But it’s difficult to tell how long IG can continue depending on mechanics moving forward in the tournament.

Today marked the end of the first round robin for both teams. Fans won’t see either squad again until Sunday, Oct. 20 when DAMWON and IG will have their rematch at 10am CT.