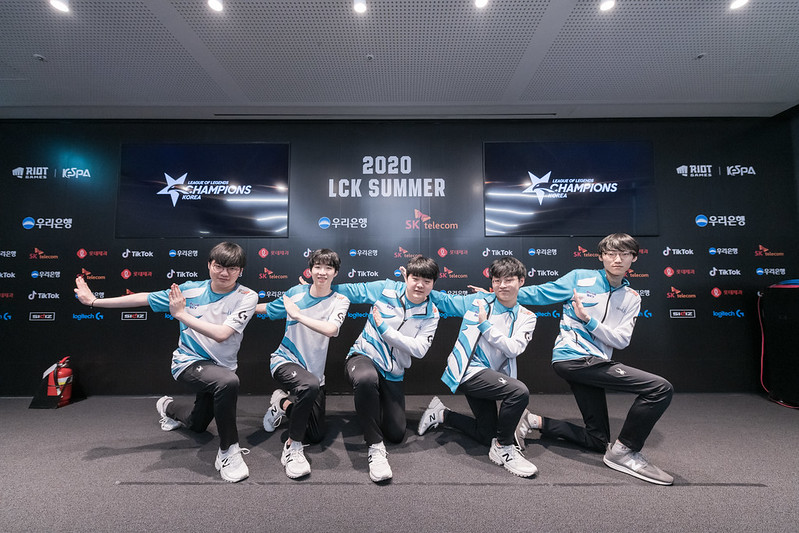 Damwon Gaming took down DragonX 2-0 today in a terrifyingly dominant series in the 2020 LCK Summer Split.

The second-seeded team came into this League of Legends match on a hot streak, winning their previous three games with ease. DragonX, leading the league with an 11-1 record, only marginally won their previous two series against KT Rolster and Gen.G.

DRX opted to open the series on an unexpected note. Head coach CvMax led his team’s draft with multiple flex picks, including an early Camille choice. Despite Damwon’s answers in the form of Galio and Sejuani bans, DRX still chose to hand the pick to their mid laner, Chovy.

This decision proved to be one of many fatal errors for DragonX in the first match of the series. Chovy got bodied by ShowMaker’s Zoe and DRX also heavily lost in the key jungle matchup.

Canyon’s Sett play was monumental in Damwon’s game one win. Combined with the rest of the team’s strong laning performances, Canyon’s 8/0/8 performance overwhelmed DRX in a 28-3 kill game. DragonX AD carry Deft proved ineffective on the surprising Heimerdinger pick, ending the match with a 1/4/1 score.

The second game’s draft looked better for DRX, but Damwon simply confirmed themselves as a powerhouse once again. DWG quickly selected Camille and Galio, pairing the already-strong ultimate combination machine with a Karthus for the jungle role. Dubbed the “winning pick” by Canyon himself, Damwon cruised past DRX with Karthus jungle in an even faster 27:29 finish. The synergy between the top, jungle, and mid trio made them an unstoppable force in ganks and teamfights, while DragonX looked completely helpless throughout the game.

Although Damwon (10-2) were unable to secure the best record in the league for themselves today, they crushed DragonX (11-2) and continue to be a worthy candidate to represent the LCK at Worlds later this year. DWG increased their current win streak to four consecutive series sweeps, with a game differential of +18 (significantly higher than DragonX’s +13).

DragonX will fight to retain their spot at the top of the LCK on Saturday, Aug. 1 against Afreeca Freeks. DWG will look to stay on fire when they play against Hanhwa Life Esports on Sunday, Aug. 2.