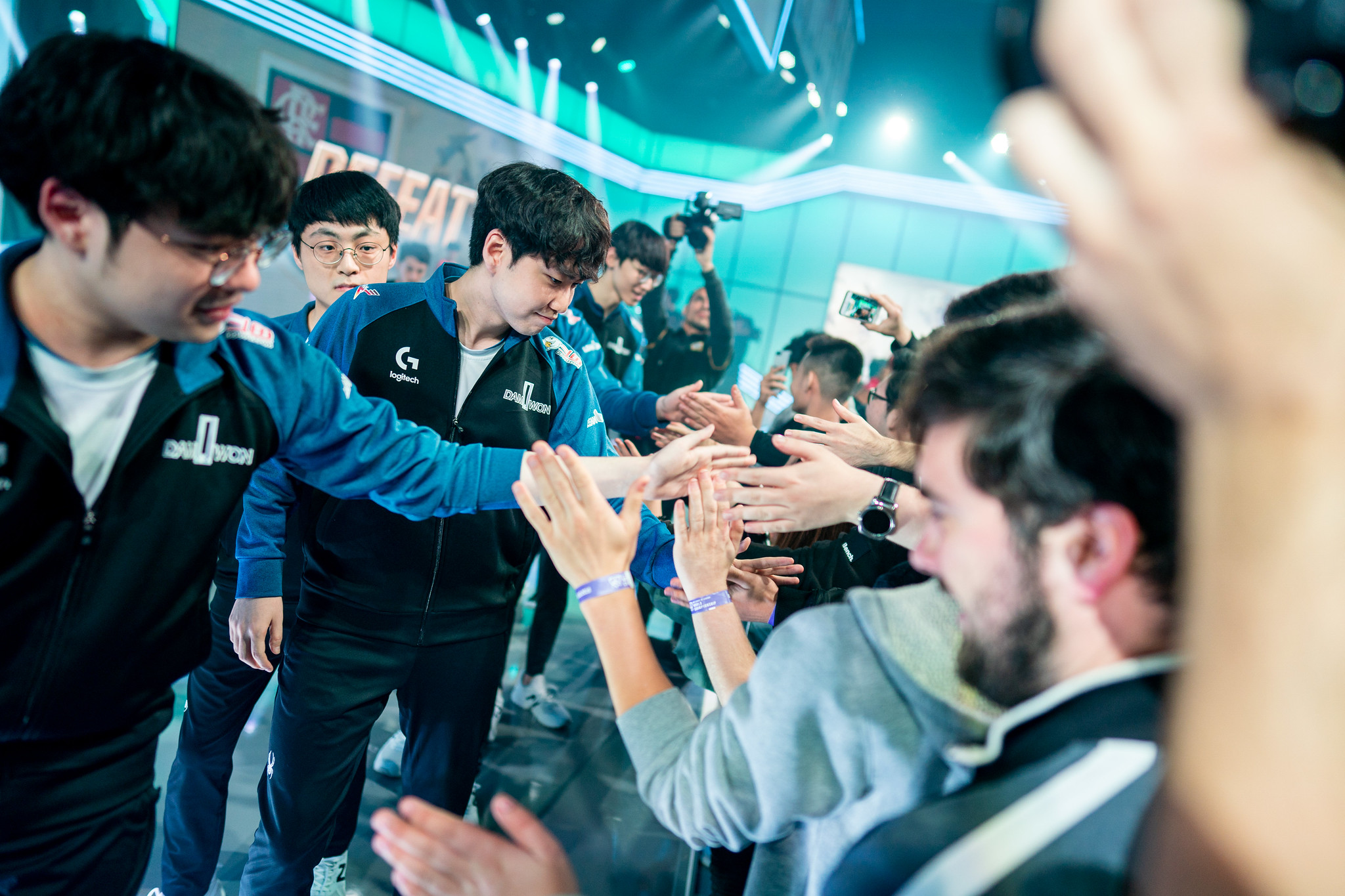 Today DAMWON Gaming ended their play-in group stage run as the only team in the League of Legends World Championship play-ins to go undefeated with a 4-0 score.

DAMWON’s undefeated record has also guaranteed them the first seed in Group D moving into the play-ins knockout stage. DAMWON came into the play-ins as the LCK’s third seed and were a clear favorite throughout the group stage. Despite their incredible showing thus far, DAMWON had a troublesome early game in their final game and rematch against the Brazilian team Flamengo eSports earlier today.

Within the first 10 minutes, Flamengo had a 4-0 kill lead. During the draft phase, DAMWON picked Yuumi for Cho “BeryL” Geon-hee. In response to the Yuumi’s immobile kit, Flamengo locked in Pyke for their support, Han “Luci” Chang-hoon. Unlike BeryL, Luci was able to freely roam throughout the early game, which allowed Flamengo to set up three-man ganks across the map. After securing rift herald and first tower, it appeared Flamengo might have pressed their lead far enough to take down DAMWON.

Of course, DAMWON, weren’t going to let this happen. The team responded by grouping. They were able to take favorable trades by utilizing the combination of Yuumi and Xayah. Fight after fight, DAMWON quickly closed the lead Flamengo had desperately tried to create.

Three air dragons later and DAMWON held complete control over the map. The additional movement speed allowed them to out-rotate Flamengo. Along with their continued aggression, DAMWON crushed any hopes Flamengo had in a 28-minute victory.