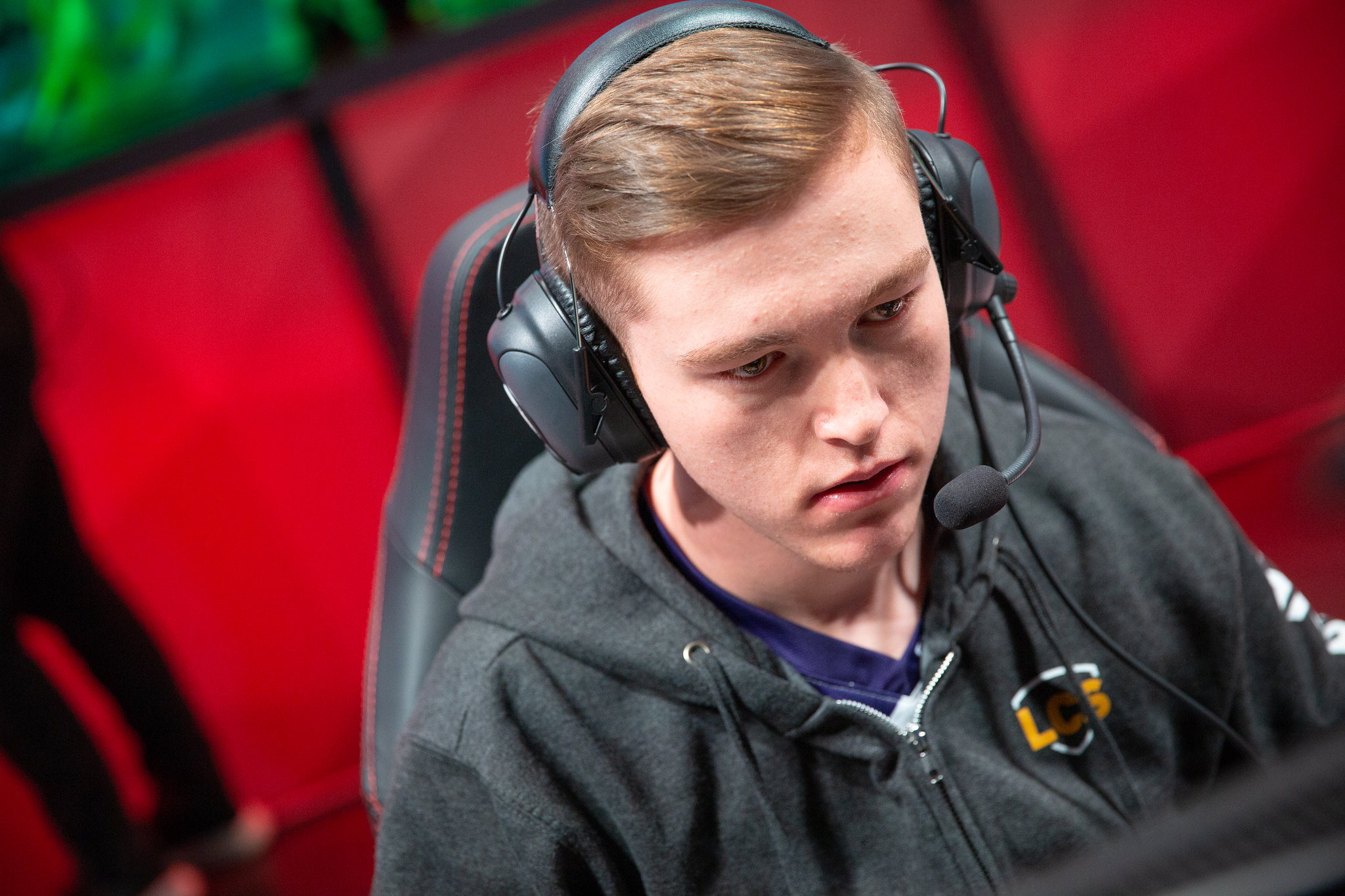 Despite entering the LCS Summer Split Playoffs as an underdog, Golden Guardians picked up their first playoff series victory in franchise history today with an emphatic 3-0 sweep against TSM.

Heading into their clash today, Golden Guardians had not beaten TSM in the regular season and they had three fewer wins than the former LCS champions as well. Their underrated status and lack of postseason success are why this win meant so much for GG, according to mid laner Tanner Damonte.

“I think this win is absolutely massive for the confidence of the team,” Damonte told Dot Esports. “I think everyone on our team knows how good we are. It’s just that I think throughout the regular season, we did a lot of experimental stuff where lost games when we shouldn’t have.”

He also pointed out that with this win, Golden Guardians were only a series win away from locking in a spot at the 2020 World Championship. By beating a crowd favorite in TSM, they had a ton of momentum in their road to Shanghai.

Throughout the series, Golden Guardians ran into multiple situations where they had to make some big decisions in a short amount of time. Whether it was their huge backdoor in game two or their dragon steal and teamfight win in game three, Damonte said that all of his teammates played a part in their success.

“We definitely don’t have one single shot caller on the team,” Damonte said. “I would say throughout the game, everyone does different parts of the game better than each other.” The 22-year-old did specify that he made the game-winning backdoor call that captured the win in their second match.

As for TSM, this win took many fans and analysts by surprise. Even Damonte expected the series to go five games, since they lost both matchups during the regular split. He does think, however, that the Guardians’ draft in the first game took them by surprise, while the second game took the wind out of their proverbial sails with how “brutal” the ending was.

He also placed a lot of praise onto the team’s bottom lane of FBI and Huhi, who has been playing at a high level over this past season. As a result, the team focused on neutralizing Bjergsen, so that “[TSM] wouldn’t really have too much of a game to play.” At the same time, GG’s bottom lane took over early in their 2v2 matchup, which is something they’ve done frequently this split.

Looking towards the future, Damonte thinks that Team Liquid is the biggest threat in the LCS, because “it doesn’t feel like you can really get an early advantage against them.” Because of this, Liquid is able to snowball their lead with superior macro and scaling picks.

Cloud9, on the other hand, has faltered considerably over these past few weeks, compared to their explosive first half of the summer. The talented mid laner thinks that both teams are pretty similar in terms of champion pools and playstyles. In their current form, however, Damonte thinks “they definitely don’t look like they’re unbeatable,” and should be a good match to watch.

“I just hope everyone hops on the Golden Guardians hype train,” Damonte said. “I think this team is really, really insane, has a lot of good personalities, and a lot of people who just care about winning. We’re not here for the money. We’re not here to fucking mess around. We just want to win.”

You can catch Golden Guardians in action when the second round of the 2020 LCS Summer Split playoffs begins on Thursday, Aug. 20.