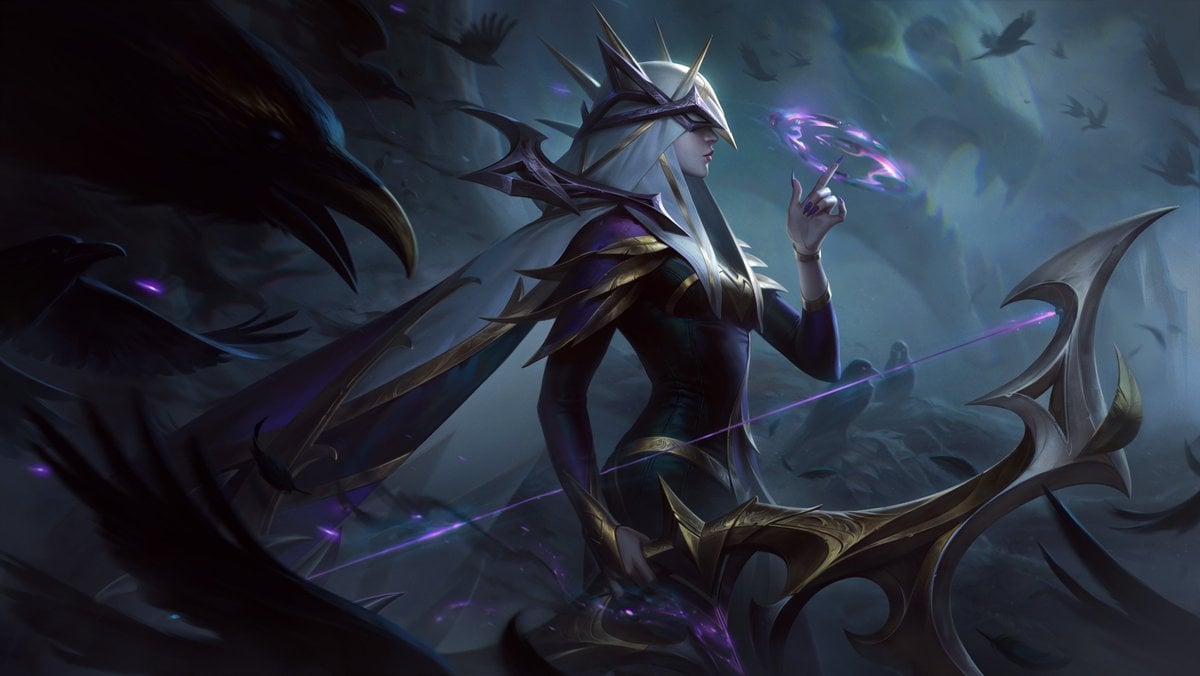 Six League of Legends champions are receiving skins in the Coven skin line. Ashe, Evelynn, Ahri, Cassiopeia, Warwick, and Malphite will all be getting new Coven skins in the near future. The six skins will be added to the game’s PBE servers within the coming days.

The six new Coven skins feature the traditional crimson, violet, and black color scheme of the Coven skin line, in addition to updated animations for each of the champions’ abilities. From the violet bolts of Ahri’s Fox-Fire (W) to the immense, scarlet cone left behind by Evelynn’s Last Caress (R), the new takes on certain abilities presented by the Coven skin line are incredibly appealing to the naked eye.

If recent skin releases serve as an indicator, these new Coven skins should be expected to launch with Patch 11.16, which is set to hit the live servers on Aug. 11.