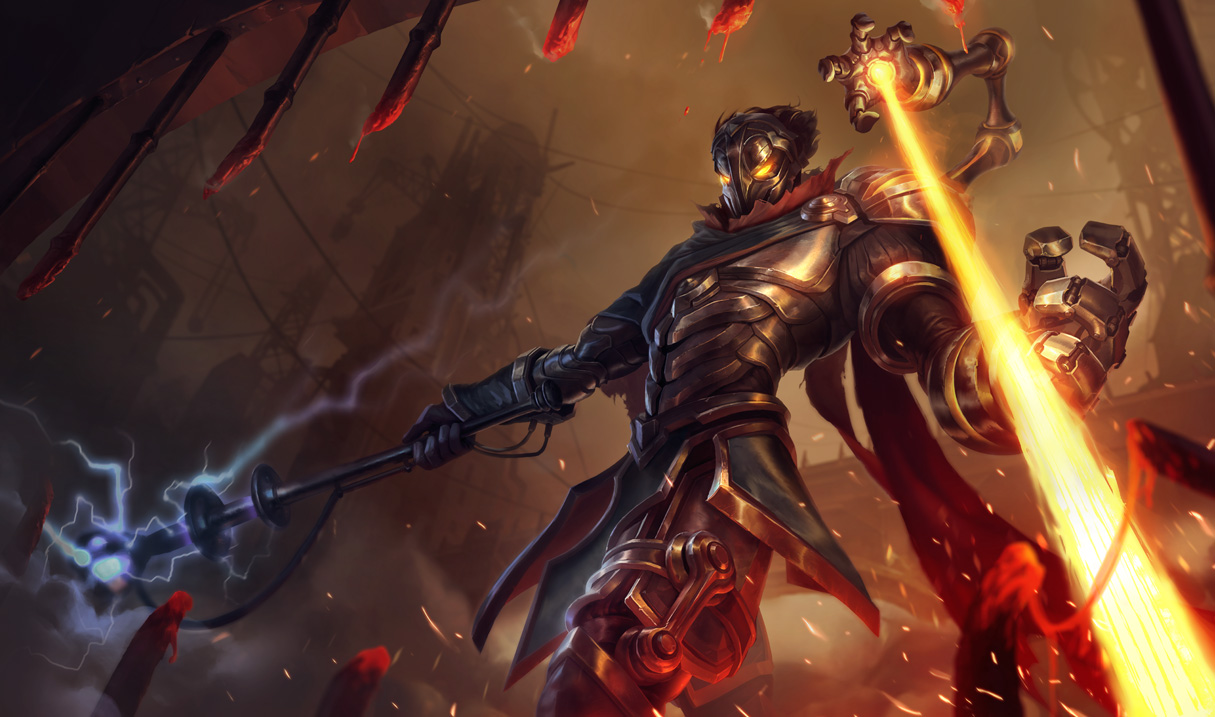 Most fan-made custom skins for League of Legends are shoddy at best, but some of them are so detailed, thorough, and just plain badass, that it’s hard not to sit back and say, “Wow, that’s really cool.”

Cosmic Reaver Viktor by Sirhaian’Arts on YouTube is definitely one of those skins. The amount of effort and dedication it took to make this masterpiece is mind-boggling, and it’s certainly impressive.

Keep in mind, though, this isn’t just your usual custom skin. This creation wasn’t made in any version of the League game client. Sirhaian recreated Summoner’s Rift using the Unity game engine, and then fabricated the skin from scratch in his own virtual playground. Each ability, effect, and small movement you see in the video was created by Sirhaian.

This project took him over 60 hours of blood, sweat, and tears to make. Its original concept, Cosmic Radiance Viktor, was drawn up by Ikleyvey on Deviantart, and Sirhaian based his skin’s design on this artwork.

Sirhaian has made several other skins using his makeshift Summoner’s Rift, like Void Annie and Farmer Nasus, and you can find them all on his YouTube channel.