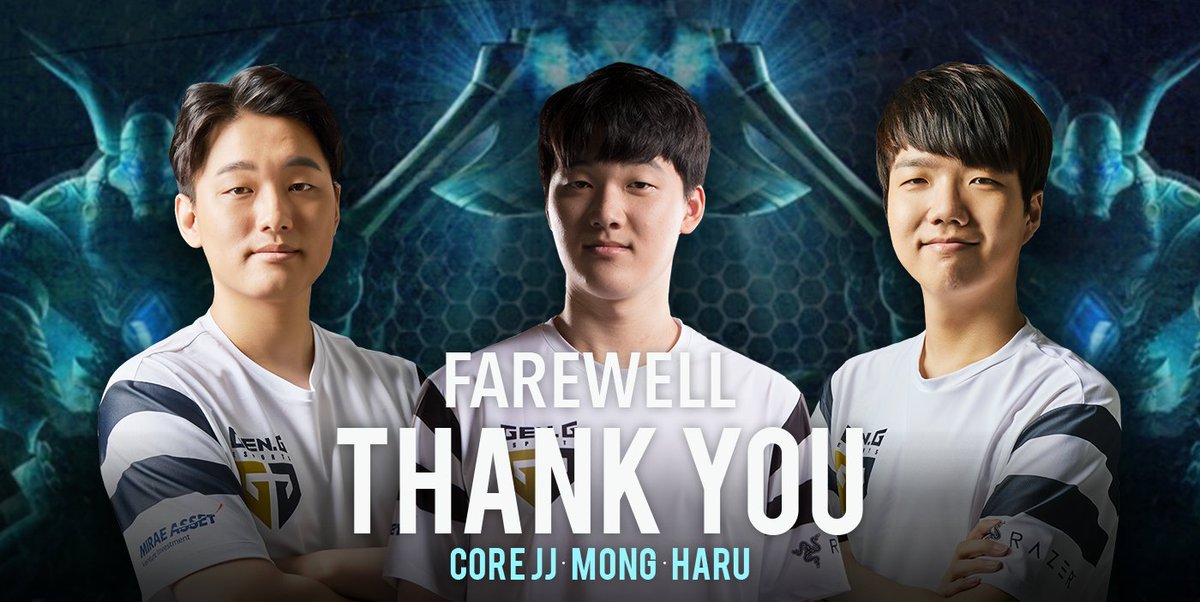 “We would like to express our greatest gratitude to CoreJJ, who helped the team win Worlds 2017, and advance to Worlds 2018 with top support plays, Haru, who helped accomplish the past achievements like CoreJJ did as a jungler, and Mong as a great teammate,” Gen.G wrote in its farewell post. “We thank the players for giving us a great season and hope the best for the players’ future.”

Originally an AD carry, CoreJJ swapped to the support position after joining Samsung Galaxy, now known as Gen.G. Following CoreJJ’s addition to the starting lineup midway through 2016, Samsung’s performance rose dramatically—the team made it to that year’s World Championship final and eventually won the tournament in 2017.

Haru became a crucial part of Gen.G soon after joining the team at the start of the 2017 season. For the last two years, Haru shared time in the starting lineup with now former Gen.G jungler Kang “Ambition” Chan-yong—Haru played the more aggressive gank-heavy jungle champions. Near the end of 2018, Haru became Gen.G’s go-to jungler, playing almost every game.

After joining Gen.G halfway through 2018 with Song “Fly” Yong-jun, Mong only played one on-stage game during his time with Gen.G, which resulted in a loss.