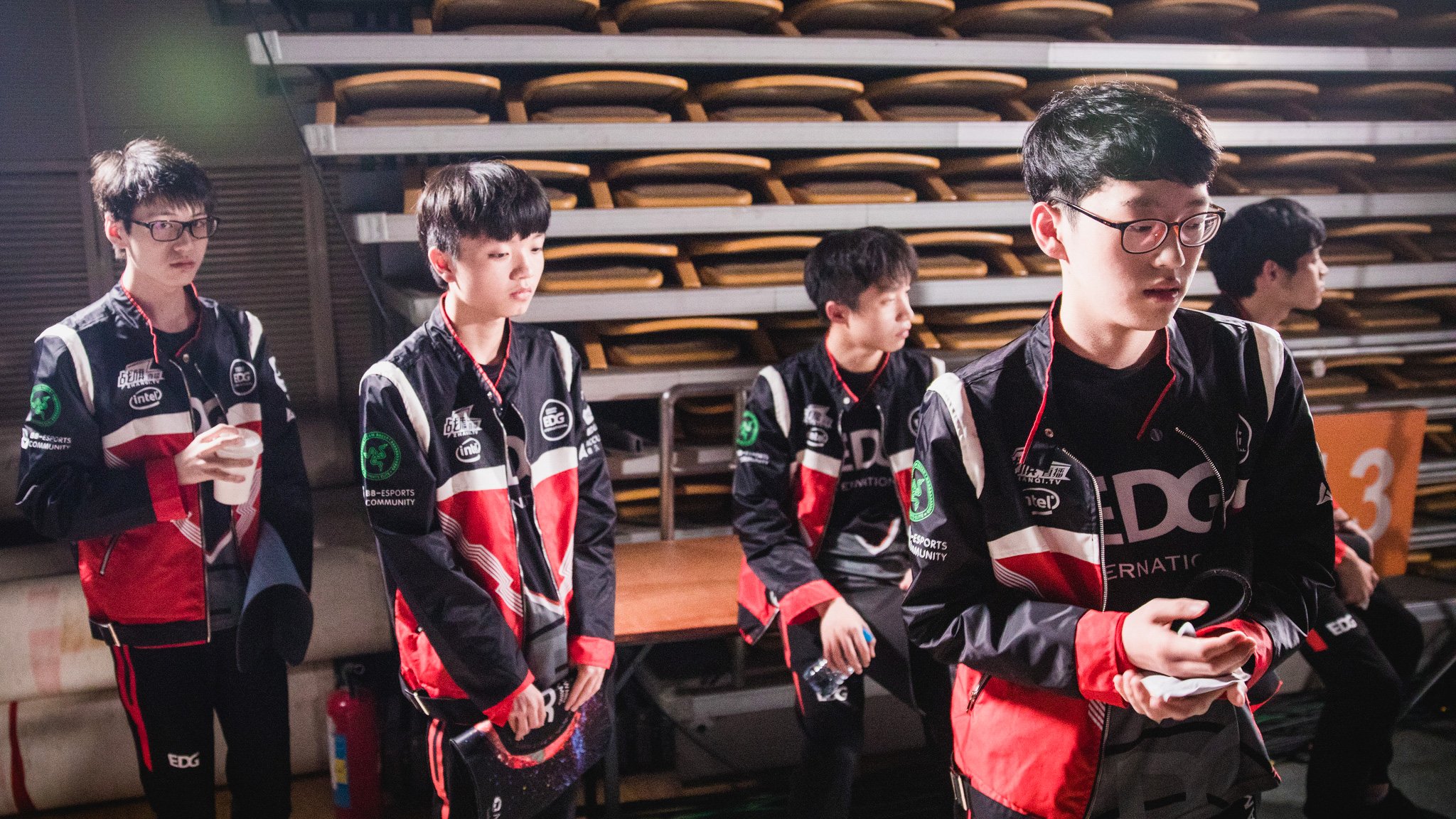 EDG have been so close so many times.

Long the LPL champions, that moniker hasn’t meant anything at the last few World Championships, where the team has underperformed again and again. It looks like the same script this season as EDG is now down 0-3 in the group stage by virtue of their latest loss to NA’s Cloud9.

It’s a sad development for the home team, especially with Ming “Clearlove” Kai playing in Wuhan, his hometown. For some reason, the jungle pathing, the coordination, and the teamfighting all fall apart when EDG are on the world stage.

Cloud9, on the other hand, are showing us that they’re here not to get out of groups, but to make an impact in the bracket round as well.

Cloud9’s mid synergy is paying off

The story of this game was Cloud9 taking control early. EDG were almost swept by Royal Never Give Up in the LPL Final due largely to their suspect lane phase. They only came back because of RNG’s own struggles in late-game macro and objective play. But in starting fast against ahq and SK Telecom T1 earlier this week, fans may have hoped the team’s pre-Worlds bootcamp fixed those issues.

Contractz paid it forward by getting off successful ganks, namely on EDG mid laner Lee “Scout” Ye-chan. Scout has been solid this year, and was a big part of that LPL comeback against RNG.

But he was just off his game. He just isn’t respecting anyone. He’s not respecting his lack of vision, Nicolaj Jensen‘s Syndra damage, or Jung “Impact” Eon-yeong’s ability to CC him. He died again and again on a combination of over-aggressive plays and face-checking bushes. It looks like EDG’s inability to play around vision, which lost them the game against ahq, has not been solved.

Cloud9’s ability to pressure mid this year has also been a big part of their success. Starting at Rift Rivals, Jensen has been on a tear with the team coming to him. He showed in this game why Cloud9 heavily prioritized Syndra with a very early pick. With leads in all lanes, Cloud9 simply set up all lanes to push. A couple wonky engages gave EDG some kills, but the map control meant they couldn’t push for objectives.

EDG should have had a teamfighting advantage. They had multiple engage tools: Cho’Gath, Jarvan IV, Varus, and Rakan. But they just found themselves in too large of a gold deficit because Scout and company couldn’t stay safe. It’s frustrating for the Chinese side that in three games, they’ve failed in different areas. After two unfortunate late games against ahq and SKT, EDG just got shut down by Syndra from the get-go. Down 0-3 in the first week of groups, there’s little hope this team can get out of the group stage, a huge disappointment for the local crowd.

Cloud9, though, are looking great. They were big underdogs to get out of the group stage, but with EDG falling apart at the seams at Worlds again, they are in prime position to get the second seed when group play starts again next week.