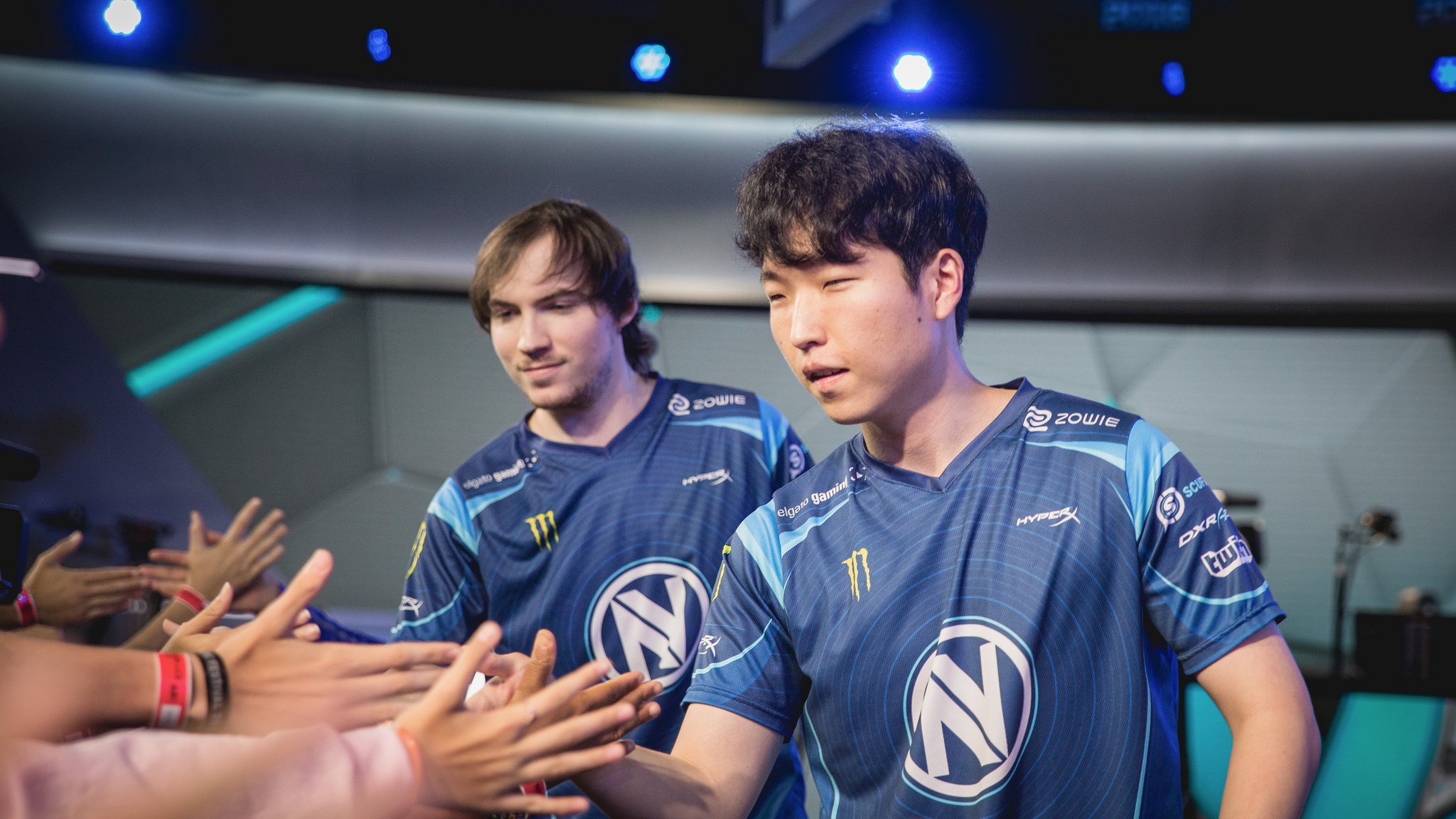 CLG and Cloud9 are two of the strongest brands in the NA LCS.

Both have been regular participants in playoff finals over the last few years, and this summer has been no different. CLG sat atop the power rankings for a few weeks, and while C9 has struggled with some inconsistency, they remained in playoff contention.

But following a brief break for Rift Rivals, instead of getting sharper for the second half of the split, both looked more inconsistent with losses on Saturday.

Dignitas responded by sending Lee “Shrimp” Byeong-hoon to the bot side. At first, he didn’t accomplish much, mainly setting up some deep vision. But he did succeed in becoming a thorn in Dardoch’s side.

Playing the fast-clearing Nidalee, he returned again and again, invading with impunity. CLG totally failed to respond. They gave up bot lane priority as Shrimp took camp after camp. Then mid was lost as well after Jang “Keane” Lae-young solo-killed Choi “Huhi” Jae-hyun.

The smart move for CLG would have been a rotation to the top lane to trade turrets. But that rotation was late and brought only Huhi’s Corki, the first time he’s played that champion. The result was Dignitas taking two turrets to CLG’s one. That pattern would repeat itself the rest of the game. CLG won a couple fights with a superior teamfight comp, but for the most part, Dignitas took objectives without fighting at all.

Rather than strengthening their macro, CLG brought in new jungler Omar “OmarGod” Amin as a replacement for Dardoch. We first saw OmarGod in the Friday series, which should have been an easy win against FlyQuest. Ostensibly, it was just to get OmarGod some stage time after a good run through the Challenger Series.

But turning to OmarGod down 0-1 to Dignitas is more interesting. It didn’t really help CLG’s problems, though. Dignitas continued to pick on Huhi and win the bottom lane. The kill lead was 6-2 at 15 minutes, and with double Infernal Drakes, Dignitas was in total control of the game.

Unlike CLG, Cloud9 played in Rift Rivals, meaning they didn’t have an extra week of preparation. Their relatively poor showing at the tournament also meant other teams could better scout their weak late game.

Instead, it was the early game that was the problem on Saturday against Team EnVyUs. Notably, ADC Zachary “Sneaky” Scuderi, who was ranked first it the latest Riot Games ADC tier list, struggled.

EnVyUs’ maligned duo lane of ADC Apollo Price and Nickolas “Hakuho” Surgent was the difference. Apollo was great in teamfights while Hakuho started good fights for his team all over the map.

After falling down on Tristana in game one, Sneaky went with a better lane champion in Xayah. It didn’t matter. Sure, the lane phase went better, but he couldn’t dodge Apollo’s Ashe Arrows. In fight after fight, Sneaky would get stunned and chain-cc’d by EnVyUs, and Cloud9 would lose fights because of it. With Thresh hook, Cassiopeia Miasma, and Jarvan IV’s Cataclysm, EnVyUs just had too many ways to lock down Sneaky and the other players on Cloud9.

EnVyUs’ jungler Nam “LirA” Tae-yoo has long been praised for his strong early game, but finally, the rest of his team got his back in a critical game against a strong competitor. If Apollo and Hakuho can continue playing like this, playoffs could be in the cards for EnVyUs.

As for the losers, CLG will have to wait until next week to fix things, while C9 will have a chance at redemption against Immortals on Sunday.