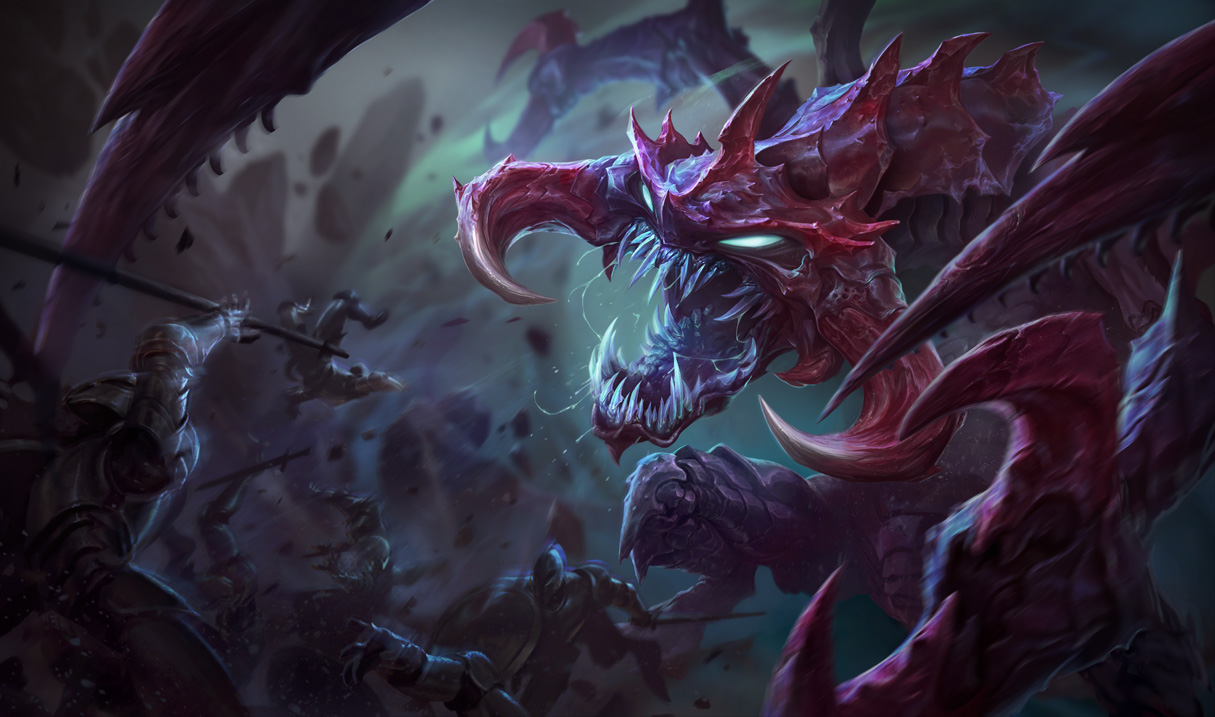 Cho’gath is going to be much stronger with the arrival of League patch 7.4, according to the official patch notes.

As it stands right now, Cho’gath is fairly subpar. His ability to grant himself chunks of maximum health by using his ultimate to kill enemies allows him to build damage or resistance without having to worry about health, but it has a huge downfall. He loses these stacks of health each time he dies, adding an irritating reverse-snowball to his playstyle. Why play a tank that risks losing his tankiness when you can just play Maokai? You wouldn’t, and that’s why Cho’gath isn’t played very often.

Well, say goodbye to Cho’gath’s days of low value, because his loss of stacks on death is going away. With patch 7.4, which should be going live tomorrow according to League news site [email protected], Cho’gath is being made much stronger. Not only is his stack-degradation being removed, but the cap on how many stacks he can attain is also going away. That’s right, he will now be able to infinitely stack his health with his ultimate, as opposed to being stopped at the usual six.

Before you start daydreaming about a giant Cho’gath the size of the map, however, Riot is limiting his size growth to ten stacks. That means the health can still be added up infinitely, but he stops growing in size when he hits ten. Don’t worry though, ten stacks still makes him comically large.

There are limitations on the newly-buffed ultimate though. For instance, the cooldown refund that was previously granted when ulting a non-epic monster or minion has been removed, and it grants him slightly less health to compensate for the infinite stacking. Also, he can only gain stacks by ulting minions or non-epic monsters five times, but after that he is restricted to ulting champions. The ability’s new tooltip will tell you which victims you’ve used the ultimate on so you can easily keep track.

Cho’gath’s new ability to keep his buffs after he gobbles up Bronze players will definitely make him more of a viable pick as a reliable tank, and we wouldn’t be surprised to see him more often in the ranked scene.