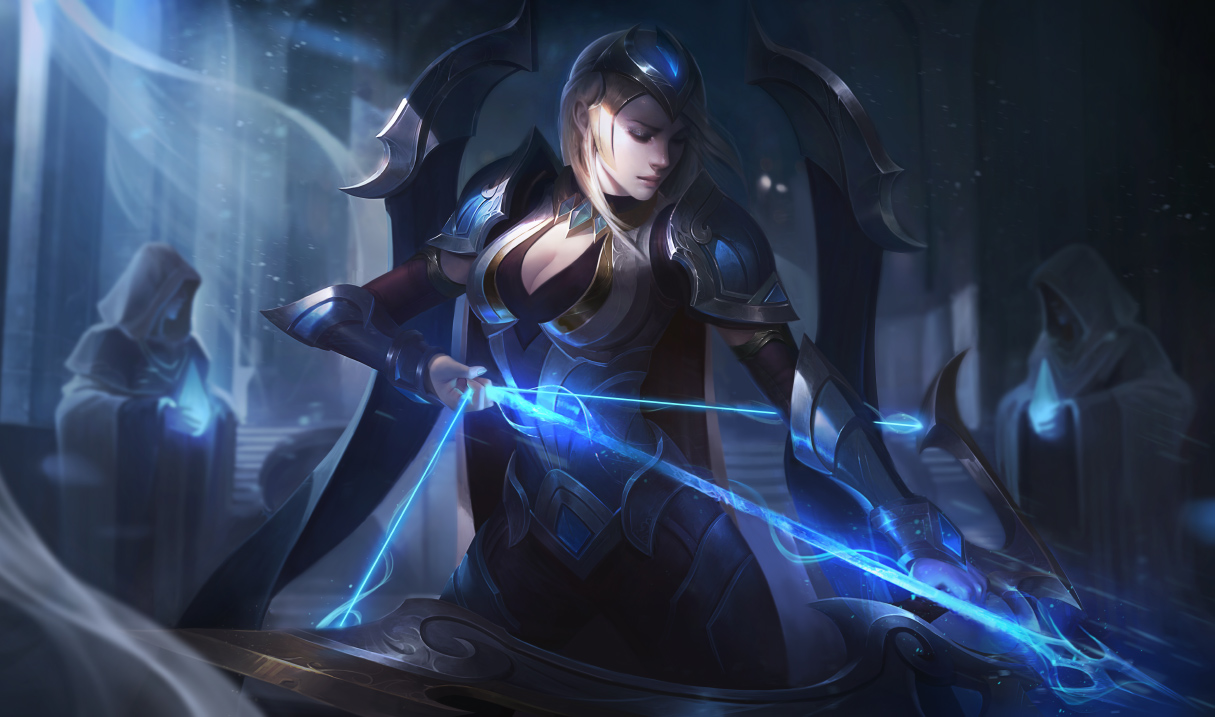 It’s been two weeks since this year’s Championship skin was revealed to be Ashe on the PBE, and since then, we’ve been waiting to see her splash art. After all, the artwork for each Championship skin has been particularly badass.

The wait is finally over, because the art was loaded onto the PBE yesterday, and it’s just as awesome as we were all hoping.

This skin will have stiff competition, though, because between Ashe’s Heartseeker (2014) and Project (2016) skins, players might be checked out on the idea of buying yet another new Ashe skin, especially when Project Ashe is priced a bit high at 1820 RP. That’s essentially a $20 skin.

Still, this skin looks stunning so far on the PBE, and the splash art certainly does it justice. The skin will ship with custom sound effects, ability animations, and a new recall that let’s our favorite Freljordian queen sit atop a badass Worlds-themed throne.

Last year’s Championship Zed set the bar high, and it looks like this year will set it even higher. Remember, when this skin does go live, a portion of the proceeds will be added to the Worlds prize pool, so by buying this skin, you’re directly supporting your favorite Worlds teams.

That, or you’re funding SK Telecom T1 so they can afford Lee “Faker” Sang-hyeok for one more year, because, let’s be honest, they’ll probably win again.