Camille mid was picked in the LCK today, and it’s actually pretty strong﻿

Chovy put up good performances on Camille, who has been stomping Korean solo queue.﻿ 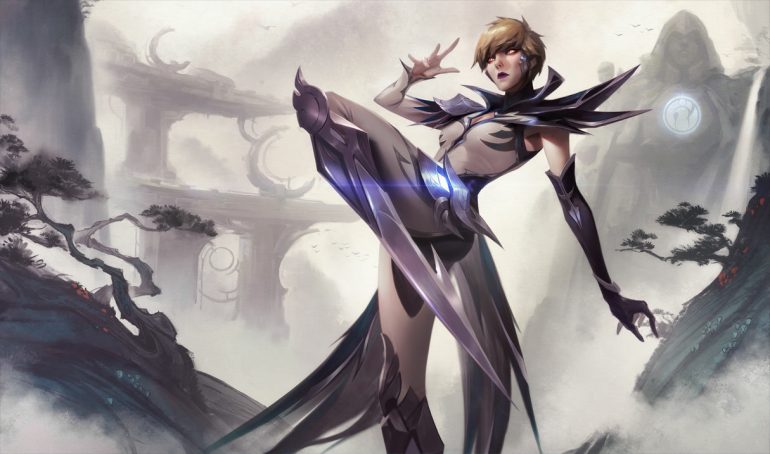 When prodigy Jeong “Chovy” Ji-hoon picked Camille mid lane for Griffin today in the LCK, heads around the world tilted in confusion. As weird as it sounds, however, Camille mid has been dominating solo queue over the last few weeks, and might be making more appearances this split.

Chovy picked Camille twice in their series against Afreeca Freecs, winning both games on the champion. He played into Son “Ucal” Woo-hyeon’s Azir in game one and Irelia in game three, and did solidly in both lanes. Chovy also took different keystones—taking Arcane Comet into the ranged matchup and Grasp of the Undying into the melee.

While he was 60cs behind Ucal’s Azir for most of game one, Chovy’s Hextech Ultimatum’s locked down key targets of Afreeca when it mattered. Ucal also got an early triple kill on Irelia during a jungle skirmish early in game three, but Chovy was able to snowball off a fight at 11 minutes to give Griffin a solid split pushing option.

The thing is though—this isn’t the first time Camille mid has been picked this split. In fact, Damwon Gaming’s mid laner Heo “ShowMaker” Su styled on Gen.G with the pick less than 24 hours ago, with a 6/1/4 stat line. He even got a pentakill.

There was one thing in common between Chovy and ShowMaker picking Camille mid though. Camille has been run with a Sejuani in a jungle in all three games she’s made an appearance in the LCK. The hard crowd-control duo of Hookshot into Glacial Prison into Hextech Ultimatum is frankly terrifying and can shut down an important carry for what feels like an eternity.

While there’s been flash-in-the-pan metas in the past, Camille mid has been something brewing in solo queue for the last few weeks. Players have been taking her mid into a variety of matchups, primarily as a counter to Sylas, with a multitude of different keystones. Press The Attack and Grasp of the Undying have been the two more popular keystones, given they enable Camille to ramp her damage in a longer fight.

She struggles in the early game, especially in ranged matchups. But once she picks up her Tiamat and Trinity Force, she becomes an unstoppable split pushing threat either in a 4-1 or 1-3-1 setup. Not only that, she can duel almost anyone in the game, meaning teams have to send at least two people to deal with the Camille, so the Camille’s team can capitalize on the man advantage.

If you see a mid Camille pop up in ranked this week, or another region, don’t be taken too far aback, because it looks pretty good.