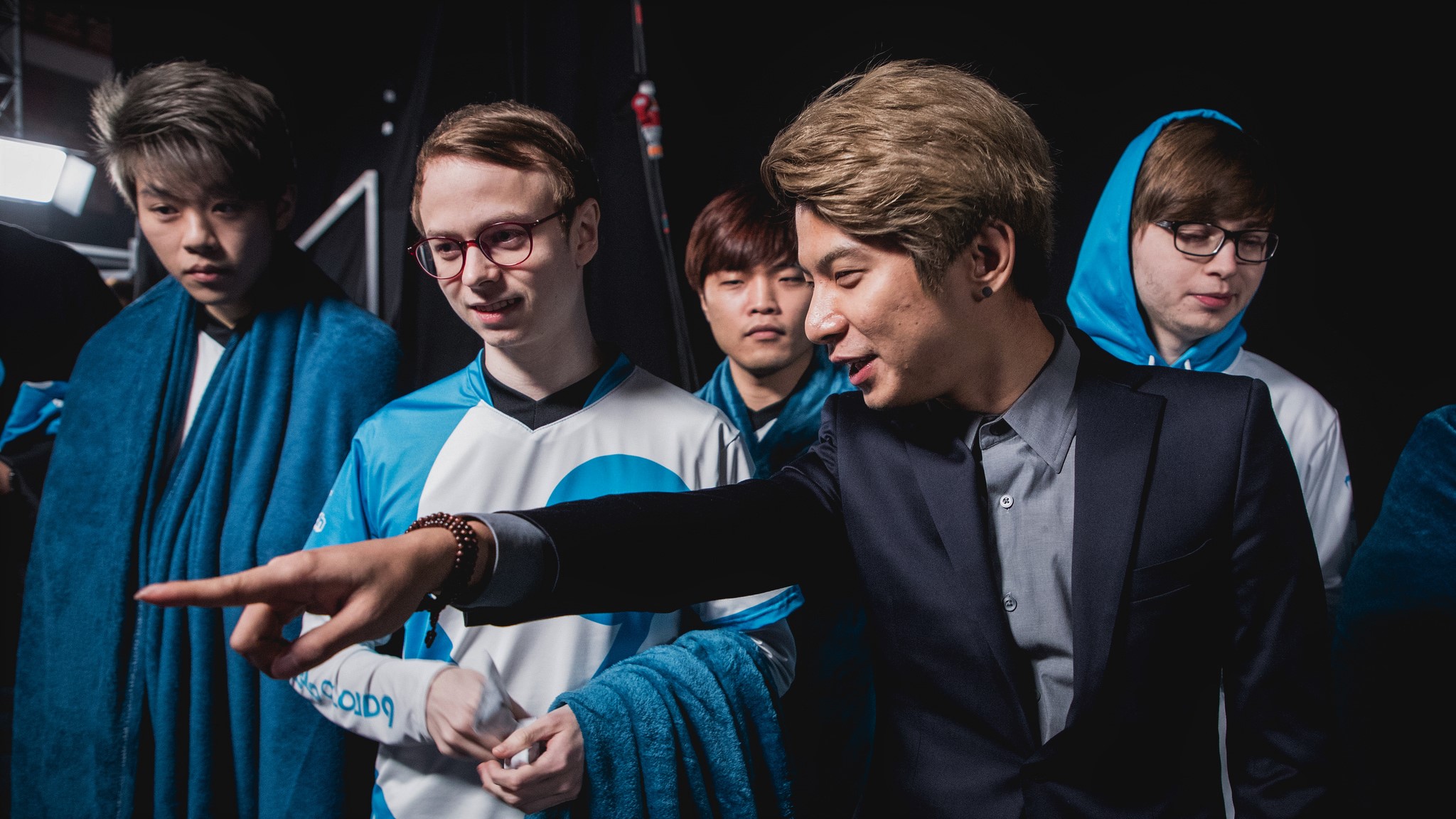 Cloud9 brought down ahq e-Sports Club on Sunday, cutting their rally short and moving C9 one step closer to the knockout stage.

Then, in the final game of the day, SK Telecom T1 defeated EDward Gaming, cementing C9 has the second team from Group A to move onto the quarterfinals.

Both other North American squads, TSM and Immortals, were predicted to climb higher this year at Worlds than C9. After all, both TSM and Immortals had a great year, and C9 was placed into the same group as both SKT and EDG—two historically dominant teams on the international stage. This year’s Worlds has proven especially difficult to predict, however, because TSM and Immortals were the ones eliminated and C9 is moving on.

This is C9’s third time qualifying for the quarterfinals since 2014. TSM has made it through once. Make no mistake about it—even though TSM has beaten C9 domestically on a regular basis, C9 is the better international team.

This Sunday they’ll have to do even better than that, though. TSM was crushed in their group by Team WE, one of the most dominant teams at Worlds this year. If C9 wants to keep NA’s hopes alive and make it to the semifinals for the first time in Worlds history for any NA LCS team, they’ll have to learn from TSM’s mistakes and take Team WE down in the quarterfinals.

Team WE is famous for their hyper aggressive tower diving and cannonball team comps. They love big crowd control abilities like the Jarvan-Galio ultimate wombo combo. And for their most recent games, they love early game power spikes.

WE plows through the bot lane as a five-man terror squad in almost all of their games to set a snowball up for their early game damage dealers like Rumble, Jayce, and Caitlyn. Once they blow bot lane wide open, they have the freedom to control the rest of the map. To get to that point, though, WE has to find the right window to make the big five-man play. If they can’t find it, it still doesn’t end up poorly for WE, as they’ll still use the presence of tanky junglers or roaming mid laners to scare away the enemy from farming waves. That way, WE still takes control even if the five man gank didn’t work out.

All that being said, WE is certainly a proactive team. They are almost always the aggressor. They’ve been picking powerful early game champions to counter the vast pool of late game team comps we’ve seen at Worlds so far, and they do everything in their power to press that advantage. If they succeed, the late game Kog’Maw, Tristana, and Twitch never get the chance to scale up.

To have a chance at beating that, Cloud9 has to pick a style and stick to it. They have two options. Firstly they would need to be reactive, and constantly try to predict where WE will make their first massive gank and match their strength or move to take big objectives while WE is preoccupied. The second option would be the proactive approach, where C9 would also try to dominate to early game. In that case, the games would be action-packed and very bloody, and it would come down to which team can beat the other one to the punch.

TSM didn’t do either one of these things and instead simply tried to farm while WE kept moving in on them, hoping that eventually they’d scale up to be strong enough to deal with it. C9 has already proven they can pull off either one. Against ahq, they won with the early game oppressors Caitlyn and LeBlanc. Earlier in the tournament, they picked late game carries like Ryze and Kog’Maw and defended the game long enough to scale to the usual three item power spikes.

C9 can go either way, but it will come down to whether or not they’re more confident in their ability to defend against the WE onslaught or attack them head-on.

Every team has a weakness. TSM’s was their early game inaction, and Immortals lacked macro play. C9’s inability to notice map movements in the heat of the moment has led to many failed dives, ganks, and other big plays. C9 has learned how to deal with this in the middle of a game—or in this case, in the middle of their group’s day at Worlds.

About 15 minutes into their loss against EDG, C9 began to turn around EDG’s dive under the top tower. Almost as soon as they started to turn it around they chased EDG’s Galio just a little too far, not realizing that Maokai hadn’t been seen for a while and would likely be joining the fray. They also didn’t see Caitlyn and Lulu move back around the wall to press the dive harder, and C9 walked right into the trap.

Realizing that this was a big, glaring problem and that they probably couldn’t fix it on the fly in the middle of Worlds, C9 decided to go the early game route and press the attack. That way if a team like EDG tried to dump so many resources into another dive, C9 could aggressively push down a lane elsewhere and take a tower.

They hopped on the Caitlyn trend that Team WE had used against TSM the day before. With her, they were able to chop down three of ahq’s towers before the 14 minute mark of the game in their final game of the day on Sunday.

C9 is able to figure out what their enemies are using to exploit their own weaknesses and then quickly adapt to patch that weakness up or launch a counterattack. Team WE showed that they like to attack a team’s weakness as their exclusive winning strategy, so if C9 can continue to amp up their adaptive efforts, they might just stand a chance at making it to the semifinals.

The quarterfinal showdown between C9 and WE starts this Sunday at 3am Central/4pm CST.