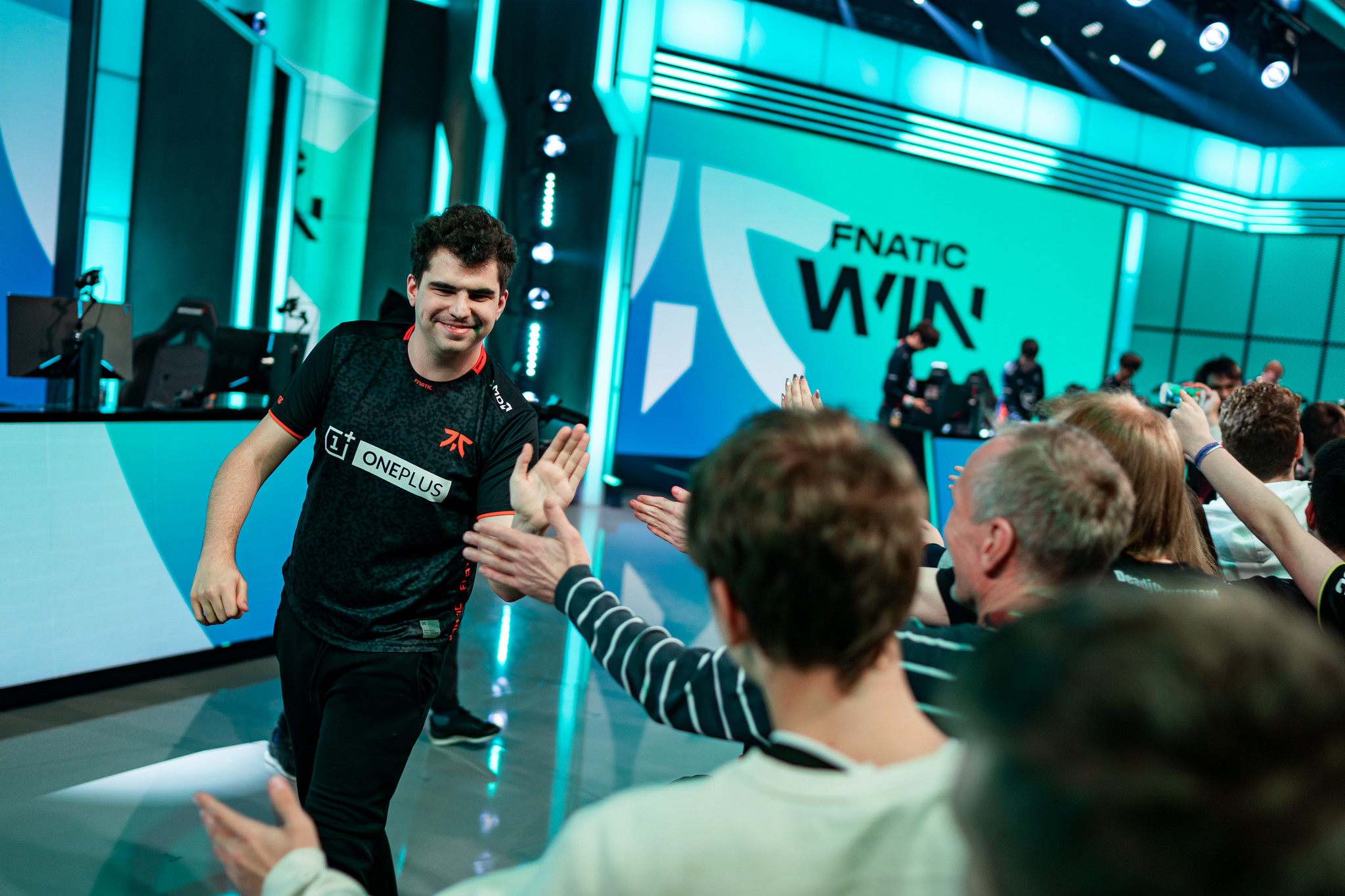 After a surprising 3-0 sweep against Rogue in the 2020 LEC Summer Playoffs today, Fnatic’s top laner Gabriël “Bwipo” Rau shared his thoughts on finally locking in a spot at Worlds, as well as what he expects of their upcoming battle against G2 Esports.

Many League of Legends fans had Fnatic marked as an underdog before this weekend, since Rogue had beaten them in both of their matchups during the regular season of the Summer Split. But Bwipo told Dot Esports that no one was going to stop this team from reaching Worlds this year.

“[Making Worlds] was a huge burden on people’s shoulders, especially on me, Rekkles, and [Hylissang],” Bwipo said. “I think us three—we really wanted another opportunity to make a 2018 run. I feel like that’s always been at the back of our minds.”

In 2018, Fnatic were able to make the long run through Worlds to reach the finals of the tournament against Invictus Gaming. Even though they would get swept by IG in the end, their great play helped carry them to one best-of-five away from hoisting the Summoner’s Cup.

Fnatic had tasted success that year, and according to the 21-year-old, from that point onward, he and his teammates were “always willing to push towards that no matter what happens.”

Looking ahead, Fnatic will meet up against their perpetual rivals, G2 Esports, in this season’s semifinals. Bwipo said that in their last meeting in the 2020 Spring Playoffs, one of his big mistakes was trying to break G2’s farm-for-late style while trying to over-perform.

“I was trying too hard to get shit done because I felt like I had to, based on the split,” Bwipo said. “A lot of thoughts were going into my head before that series like, ‘I need to play a huge series.’ In reality, I just needed to sit back, relax, let the game play itself, and let the opportunities come to me.”

Bwipo said that as always, this series will still be a banger, but there’s going to be a few differences this time compared to their previous engagements. For example, he believes that this series will come down to the impact between G2’s superstar mid laner Caps against Fnatic’s fiery jungler, Oskar “Selfmade” Boderek.

“I feel like G2 is taking a different approach to drafting. Caps is very much the center of the team, and I think that this G2 is all about him,” Bwipo said. “We’re very much about our mid-jungle too, so it’ll be a clash of Caps’ picks versus Selfmade’s picks. It’ll be good to see how deep Caps can go into the pool to pick those play-making champs, and how far we’re willing to go to counter them.”

You can catch G2 and Fnatic in action when the 2020 LEC Summer semifinals kick off on Saturday, Aug. 29 at 10am CT.