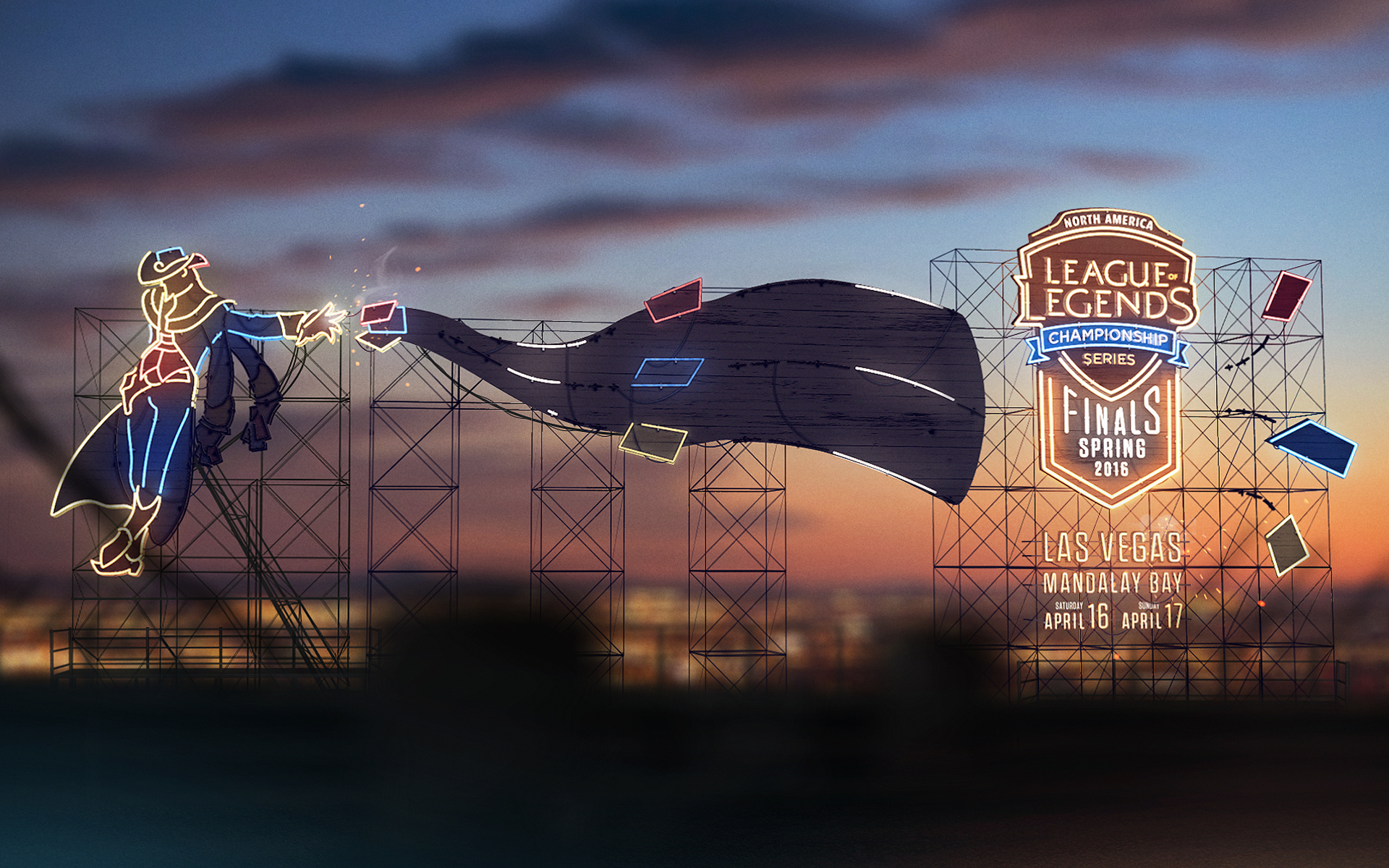 One of the most compelling storylines in Sunday’s CLG vs. TSM NA LCS Final is the two team’s extremely different styles of play. It’s easy to view CLG vs. TSM as a battle of brains versus brawn: CLG hopes to outsmart their opponents through the use of lane swaps and TSM hopes to outplay their opponents in standard lanes. However, it’s wrong to suggest that TSM is a poor team strategically or that CLG’s players lack carry potential. TSM’s standard lane play style allows their skilled lane phase players to dominate the early game while enabling Svenskeren his free choice between diving opponents or hunting down the enemy jungler. Meanwhile, CLG’s lane swap focus style helps the team place heavy resources on Darshan while giving aphromoo plenty of opportunities to catch out overextended opponents. Ultimiately, both teams employ sophisticated systems that emphasize the strengths of their star players.

Nobody can doubt Bjergsen and Doublelift’s laning credentials, and Hauntzer has harnessed his potential to become a very skilled laner in his own right – standing tall in the against Huni, the consensus best top laner in the region, in all three of TSM’s games against Immortals. But what makes TSM’s standard lane play so devastating is the presence of Svenskeren. After a weak regular season, Bjergsen’s former NiP teammate has returned to full force, serving as TSM’s primary carry during the play-offs. TSM’s standard lane strategy is an improved version of SK’s S5 lane shove strategy. By pinning their opponents under the tower, TSM opens up the map for Svenskeren, who is able to choose between dives and counter-jungling. The Danish jungler’s counter-jungling style is particularly mean-spirited – he manages to both power farm the enemy’s jungle and consistently find and kill his jungle opponents 1v1. In the modern metagame, it is extremely uncommon for players to fall into 1v1 matchups outside of the mid lane, but TSM’s aggressive pursuit of standard lanes, in conjunction with Svenskeren’s duelist mentality, essentially forces their opponents, even the jungler, to take individual duels – fights that play directly into TSM’s greatest strengths.

This propensity to take 1v1 fights is certainly defining for TSM; but it is their ability to revert to consistently standard lanes that make’s their playoff look so unique. Many individually talented teams have fallen apart due to poor map play, and when the season started, TSM was no different. Indeed, the North American stalwarts continue to struggle with lane swaps in the current day, falling behind by 7 kills to Immortals in part due to botched lane swaps. However, TSM has cleverly circumvented this problem with a lane reset strategy. If the team is caught in a lane swap, Doublelift and YellowStar will often fast push the tower instead of trying to deny the enemy top laner. As soon as the tower is taken, the bot lane duo bases and trades places with Hauntzer in the long lane to return to standard lanes. As soon as TSM’s lanes revert to standard play, the team is once again able to play in isolation and build up large individual advantages. However, this strategy carries it’s own risks – in particular, Hauntzer is often forced to battle against a top laner with more CS and experience as soon as the lanes return to standard play. Thus far, Hauntzer has been able to make up for these deficits with his own skilled play and the occasional gank from Svenskeren. But for the second series in a row, TSM’s weak lane swap play around the top laner could be their Achilles’ heel.

Much like with TSM, CLG’s preference for the lane swap has a clear surface reason. The team is much smarter than their opponents and they generally know that they can outrotate their opponents and feed Darshan the creeps he needs to carry the game. In particular, lane swaps play to their star top laner’s most infamous strength – his splitpushing. But while Darshan’s late game split push antics are a key part of what defines CLG, it would be wrong to consider CLG one-dimensional. The team’s lane techniques are diverse and they are able to consistently pull off new tricks to further their strategic advantages. Although C9 is considered one of the most strategic teams in the LCS, their early game rotations consisted of little more than simply following a script, making the same moves time and time again – a flaw that TSM exploited in their 3-1 quarterfinals series. But against a much more sophisticated opponent in CLG, TSM will have to bring out more diversified anti-lane swap strategies if they want to continue to find a favorable early game.

Much like TSM, CLG plays a style which caters to their early game playmaker. While Svenskeren prefers to track down his opponents in isolation, CLG’s support, aphromoo plays his own style dedicated to getting his teammates ahead. A big part this style involves picking off their opponents when they are in the midst of a rotation. One of aphromoo’s favorite strategies is to show up when his opponents are trying to siege towers 2v1 – when they are too far away from the safety of their own tower to escape his grasp. To accomodate this, aphromoo’s teammates have picked accordingly around his early game strategies. Although Huhi initially struggled with his role when joining the team, he has since defined his play as a fellow early-mid game pick player, using champions like Twisted Fate, LeBlanc, and Ryze to catch opponents in a poor position. As a roaming duo, Huhi and aphromoo often join up with Xmithie to pile onto unsuspecting opponents and feed kills to Darshan. Although double Teleport has been used before, most notably by Fnatic, as a way to force late game teamfights, CLG’s use of double Teleport emphasizes their early game just as much as their late game. While CLG’s exciting double Teleport onto Piglet received all the headlines, their use of Teleport to control minion waves and pursue early game skirmishes will be all the more crucial to their success.

With such disparate early game strategies, the most important question of this series is which system will win out – TSM and Svenskeren’s isolation heavy attack or CLG and aphromoo’s team focused approach. If CLG gets the early lane swap, TSM will try to reset the lanes as soon as possible. But in doing so, they are forced to shove the lane and expose themselves to aphromoo’s early game roams. In particular, if aphromoo manages to catch Svenskeren on an errant invade when TSM is unable to help, TSM will be seriously hindered. However, if TSM does manage to execute their lane swap reset, they will be able to unleash Svenskeren while containing aphromoo’s early game impact. In particular, aphromoo’s emphasis on catching out his opponents is the key to CLG’s success, but his low ward coverage leaves his team susceptible to ganks from Svenskeren. Whoever manages to shut down the other team’s biggest early game playmaker first will have the best shot at winning the series.

One of the most exciting aspects of this series is that we might also see both teams continue to adapt to each other as the series goes on. Will CLG bring back their Season 5 proxy strategy to stop TSM from fast pushing and resetting to standard lanes? Might TSM return their focus to snowballing Doublelift to match CLG’s refocus onto Stixxay’s sieging and teamfighting damage output? Both teams have improved and diversified before the play-offs, molding new strategies around their core philosophies and strengths. So it is no doubt to me that the two squad’s respective improvements in the face of such different early game win conditions will prove to be one of the most exciting storylines of the 2016 NA LCS Spring Split Finals.