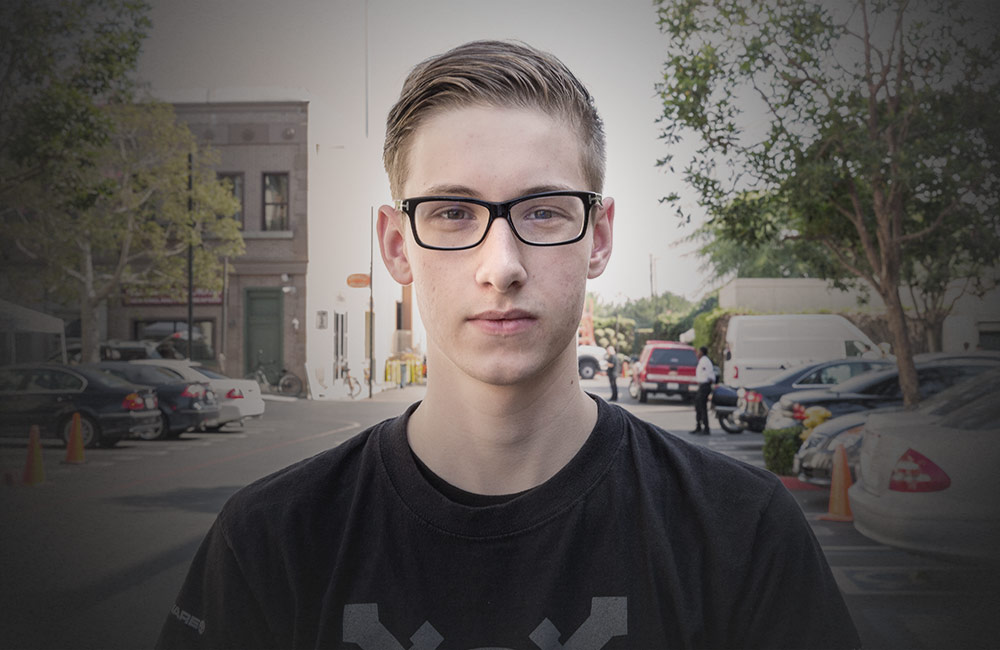 Last week’s play-off match between C9 and TSM, which ended in a 3-1 victory for TSM, was billed as a battle between two of the best mid laners in North America. However, most fans and analysts did not consider the star European imports as entering the series on even footing. TSM’s Bjergsen and C9’s Jensen’s esteem in the public eye has risen and fallen alongside their respective teams. Although Bjergsen was once considered the indisputable best mid in the region, since the start of Season 6, his play has drawn a significant share of the criticism for TSM’s poor performance this season. Meanwhile, C9’s third place performance, and Jensen’s strong carry performances have propelled the young Dane to a second place finish in MVP voting and a coveted spot on the First Team All-LCS.

Although most lists had Jensen as the best mid laner in the region, I placed Bjergsen as my first team All-LCS selection for the mid lane position. This was a decision that a lot of fellow content creators disagreed with at the time. But, one that gets at one of my core beliefs about how to analyze players. When I evaluate players, I try and focus on their strengths and weaknesses outside of the system they play in. I take a very individual-focused approach because players simply can’t control the vast majority of circumstances they are presented with. Neither Jensen nor Bjergsen as individuals can control the amount of jungle pressure they receive, how well their teams play lane swaps, or the champion choices and playstyles of their teammates. Jensen and Bjergsen are both elite players, but the reason Jensen looked so much better in the regular season isn’t because he’s a much better player – it’s because his team did a much better job of playing around him. In a vacuum, Bjergsen is still a notably superior player.

When evaluating Jensen’s game in the context of Cloud9, it’s important to begin by examining his strengths and weaknesses. Jensen has inconsistent carry potential when it comes to teamfights; but he is a strong early game laner, who loves skirmishing. One of Hai’s greatest talents as a leader and player-coach of Cloud9 is his ability to devise systems which maximize the talents of his teammates, even if they defy conventional logic. During the beginning of C9’s tenure in the LCS, the team played a unique style focused on farming up Meteos for teamfights. Although Cloud9 would struggle in the early game due to the lack of jungle pressure, the team knew that Meteos’s mastery of champions like Zac and Nasus would carry them through the late game. When Hai returned to C9 as a jungler, he once again displayed his ability to maximize the talent he had on hand. Although most teams played a top-lane focused style, Hai recognized that Balls’s decline in skill and the rising talents of Jensen meant that he should instead focus on the mid-bot side as a jungler. Moving towards the opposite side of the map played a big factor in propelling Cloud9 to the Season 5 World Championship through the gauntlet. This season, Hai once again demonstrated his ability to emphasize the strengths of his teammates while hiding their weaknesses.

This year’s C9 was built heavily around the Rush-Jensen duo and their love of skirmishes. The team’s proficiency in early game lane swaps meant that they were able to consistently build a gold lead for their mid-jungle duo through tower takes. The constant lane pressure also afforded them wide open space to brawl 2v2 in the mid lane. The shoving lanes also meant that when C9 members came to support the duo, their opponents were often caught on their back foot, picking up minion waves. C9 had built a system specifically designed around Jensen and Rush’s love of skirmishing and dueling, and their playstyle was reflected in the statistics. Per OraclesElixir.com, Jensen had the second highest mid lane gold difference in the league (after Immortal’s Pobelter) even though his CS differential was only a solid 3.8, a testament to the team’s ability to generate gold leads by playing neutral objectives. Jensen’s ability to use the advantages his team gave him was reflected in his sterling 81 kills over the course of the season, which led all mid laners.

So, of course, Jensen had a fantastic season – both statistically and by the eye-test. But C9 was also the only team with an elite mid laner who also played around his strengths. In comparison, NRG’s combination of rookie support players and late-game oriented veterans was a poor fit for GBM, a mediocre early game player who needed teammates who could get him to team fights. Although Froggen’s Echo Fox adopted his teamfight oriented approach, his team’s mediocre skill level meant that they often struggled to hold it together until the late game. The most dramatic example of Jensen’s systemic advantages over his fellow elite mid laners was TSM and their continual misuse of Bjergsen over the course of the split. Jensen and Bjergsen are very similar players, but while Jensen played on a team with fantastic leadership that understood his talents, TSM was still trying to find themselves on the last day of the split. In particular, Svenskeren and YellowStar, two players who normally would have facilitated some of the tri-carry strategies TSM hoped to accomplish, were mired in a seeming split long slump from their heights in Seasons 4 and 5.

But after factoring out team-centric differences, it’s hard to say that Jensen is a better player than Bjergsen. Jensen came out of the early game with a gold lead over Bjergsen; but his 3.8 CS advantage at 10 minutes pales in comparison to Bjergsen’s 8.6. This wasn’t just a case of Bjergsen staying in lane and Jensen roaming either, as Bjergsen also had a slightly higher kill participation score than Jensen. Although Jensen did a much larger share of his team’s damage than Bjergsen, a large part of that came down to their champion selections. Bjergsen’s top 3 picks were Lulu, Syndra, and Orianna. Jensen’s top 3 picks were LeBlanc, Twisted Fate, and Corki. In fact, Jensen did not play a single Lulu game all split. Bjergsen can’t control what champions his team decides he plays, and although he has developed a reputation as a selfish carry, the vast majority of his champions were supportive picks this season. Bjergsen also has a limited amount of control over how effective TSM is at executing lane swaps, how well his teammates are playing in their own independent lanes, or how often or effectively Svenskeren is ganking for him. What Bjergsen can control is how well he plays in lane and teamfights, and the statistics indicate that he outperformed Jensen in these areas. When including the fact that Jensen played on a team dedicated to snowballing the mid lane and Bjergsen played on a messy and disjointed TSM, Bjergsen’s early game strengths becomes even more impressive.

Nowhere was the difference between these two players more apparent than in Cloud9’s ill-fated play-off series against TSM. This set of matches serves as a sort of controlled experiment for what happens when Jensen loses his systemic advantages. During the regular season, most fans and analysts agreed that Jensen was much better than Bjergsen. Yet during the Round-of-Six, Bjergsen, now facilitated by his team, repeatedly outplayed Jensen en route to a 3-1 win. TSM was able to neutralize some aspects of Jensen’s early game advantages by camping the mid lane with a revitalized Svenskeren. Although C9’s lane swapping was still better than TSM’s, the narrow gold lead from towers wasn’t enough to carry Jensen to victory against a more experienced mid laner who finally had a similar amount of jungle help. To make matters worse for C9, TSM’s own strengths in the laning phase meant that Cloud9’s side lanes were frequently pinned down in lane and unable to help their star mid-jungle duo. In a typical game, C9 would frequently win mid lane brawls due to a timely roam from Hai. In the play-offs, Rush and Jensen were forced to play a straight-up 2v2 against Bjergsen and Svenskeren with only a slight gold lead from towers and no additional support.

When Jensen and Rush left the laning phase without their customary lead, both players played notably worse than expected when compared to their regular season performances. Rush’s repeated deaths were the most glaring mistakes, and he rightfully deserves a majority of the criticism for C9’s failure against TSM. However, Jensen’s own game impact was seriously limited versus his formidable regular season levels. While Rush’s poor play was clearly reflected in the box score, Jensen’s inability to defeat Bjergsen in the early game over the course of the series was just as important. C9’s entire system is built around enabling Jensen to carry and this series proved that he was unable to do so against a mid laner who was receiving an equivalent amount of support from his own team. Some will argue that Cloud9 choked, and that may be part of the problem. But TSM matching Cloud9’s system and beating them on an individual level is just as important.

When comparing players as individuals, it’s important to consider the systemic advantages those players have. In the controversial case of Bjergsen vs. Jensen, fans and analysts should think about what would have happened if the players changed positions. If Bjergsen had played on Cloud9, he would have been in a fantastic situation on a team which clearly knew how to play around him. Because of how similar Bjergsen and Jensen are, it’s likely that Bjergsen would have succeeded on C9 with the exact same set-up. On the other hand, TSM spent the whole season figuring out who to play around and frequently weren’t able to get any of their lanes going due to deficits from lane swaps. Placed in Bjergsen’s situation, Jensen would have likely done even worse. Similar examples of player comparisons exist both in the NA LCS and in other leagues around the world. When evaluating players, it’s important to take a step outside of the team context and examine them from an individual standpoint.