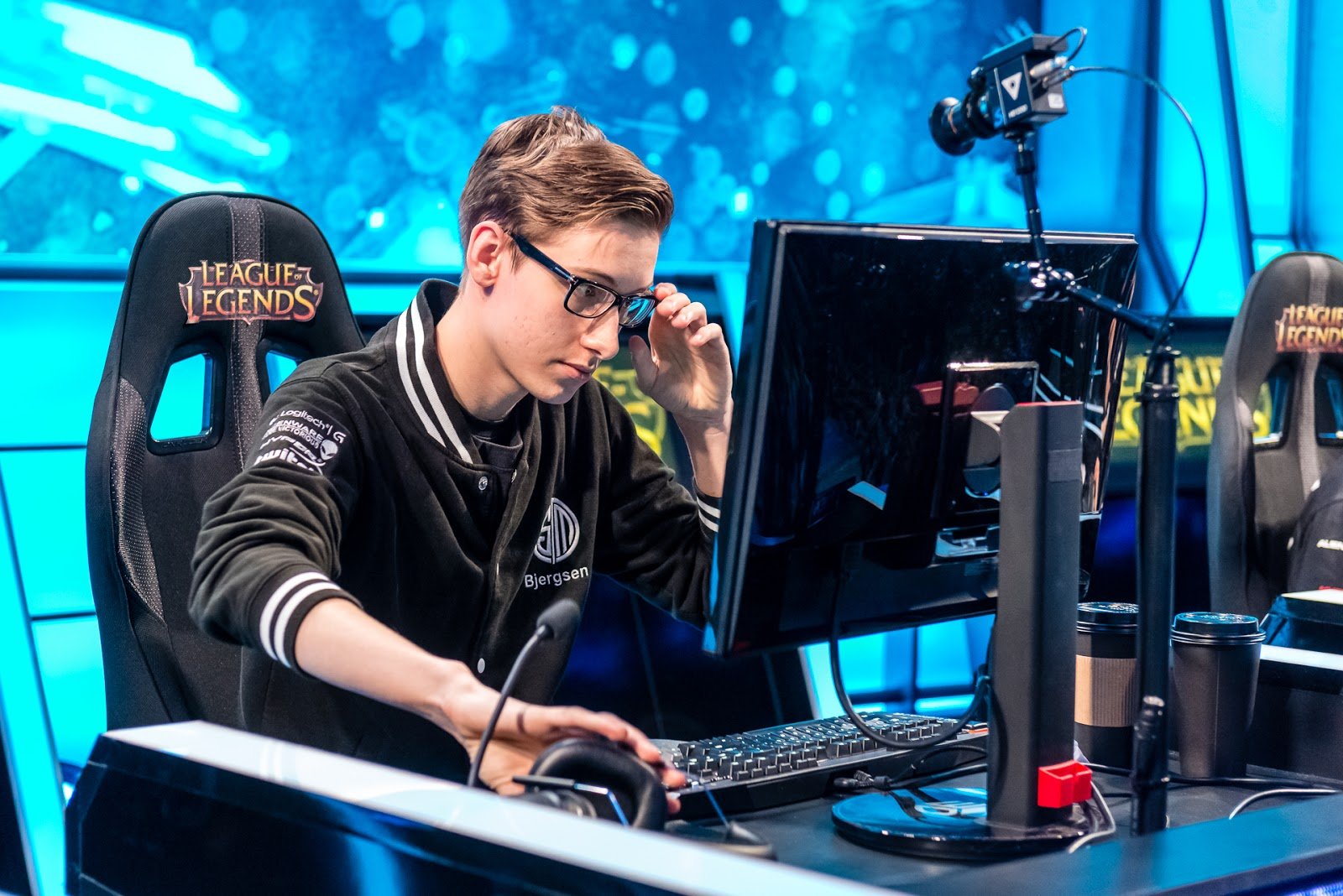 Bjersen is a gifted player, there is no denying that. Many a time has he led his team to victory, be it through his fantastic play or his brilliant shot-calling. Indeed, he is such a standout player that he recently received the spring split MVP award – for the second time. There is also no denying that Bjergsen is the main carry of TSM with him contributing on average 33.6% of his team’s damage, the highest on TSM. And this strategy has served TSM well, with their impressive Spring Split in which they crushed all opposition, calmly and methodically. Yet, this seemingly almost infallible strategy has exposed some extreme flaws in TSM.

What does this tell us?

Bjergsen needs to be ahead for his team to win. People often praise Dyrus’s ability to come back in games where he is camped for the majority of the laning phase but still manages to farm up and be a factor in the team fights. People often praise Santorin for his incredible KDAs, his ganks and his ‘Danish synergy’ with Bjergsen. People often praise WildTurtle for his team-fight play and Lustboy for his vision control and excellent laning. But all this stems from Bjergsen crushing his mid lane opponent. In taking the enemy mid laner out of the equation, Bjergsen opens the whole map up for his team. He allows Santorin to push vision forward which in turn allows Dyrus to farm safely – and regain his usual early disadvantage – and allows WildTurtle and Lustboy to push up the lane and start pressuring their opponents. It is this style which has made TSM so dominant in NA – and at IEM Katowice. However, the general consensus is that NA lacks mid lane talent which has aided Bjergsen’s dominance and the dominance of Team SoloMid. Hence, the difference when Bjergsen has faced off against top mid laners.

We only need to look at the semi-final of IEM San Jose when TSM faced European rookies, Unicorns of Love. Bjergsen was matched up against PowerOfEvil, a player many agree to be one of the best European mid laners as of right now. What happened? Bjergsen lost lane, badly, and the rest of the team fell apart. All of a sudden, Santorin was a non-factor as he did not have the safety of the mid lane, Dyrus could no longer farm safely and the bottom duo could not safely push up and TSM lost the game hard. And it was all due to Bjergsen not exerting his usual control over the game.

Now we look to MSI, game one against Fnatic, a match most agreed TSM should take, and a match which they convincingly lost. It could be argued that TSM lost due to Dyrus giving up giving up two kills before 7 minutes, but we have seen Dyrus die early and often in a huge amount of games and it has rarely mattered before. No, the real reason for TSM’s crushing defeat was Bjergsen falling behind against Febiven. Bjergsen did have the advantage, up almost 20 CS at 9 minutes but after a gank by Yellowstar, Febiven got a kill on Bjergsen and so stayed even. And then, only a minute later, another kill on Bjergsen and suddenly Febiven rockets ahead and Fnatic go on to seal the game. And again, Bjergsen falling behind results in his whole team falling behind (where was Santorin that whole game?) and the game was lost, much in a similar tone to TSM’s loss to UOL.

While the strategy of relying on Bjergsen to win lane appears to be a fairly solid one in NA, it is clear that such a strategy is not viable internationally. TSM need to change if they want to succeed in their international goals. Santorin should not live and die on the success of Bjergsen, and Dyrus should not be left on an island in top lane. TSM need to try and let another carry come forward, a team is not a team if one person dictates the win or loss. A prime example of this is SKT T1. Faker, their mid laner, is widely regarded as the best player in the world and for good reason. He, like Bjergsen dominates his lane and crushes his opponent and often leads his team to victory. Yet, in the LCK Second Round versus CJ Entus, we saw Faker play Lulu twice, a utility mage, based on buffing another player which allowed Bang, their marksmen, to step forward and carry the team. SKT recognised that Faker cannot – and should not -always carry and so allowed the rest of the team to show their worth. Bjergsen, on the contrary, did not play Lulu once for the entirety of the Spring Split and his champion pool never wavered from his carry mid laners – Ahri, Zed, LeBlanc, Lissandra, Xerath, Cho’Gath, Cassiopeia and Urgot.

While it is too late to change their style for MSI, if Worlds is really the Team SoloMid dream, then it appears something will have to change.