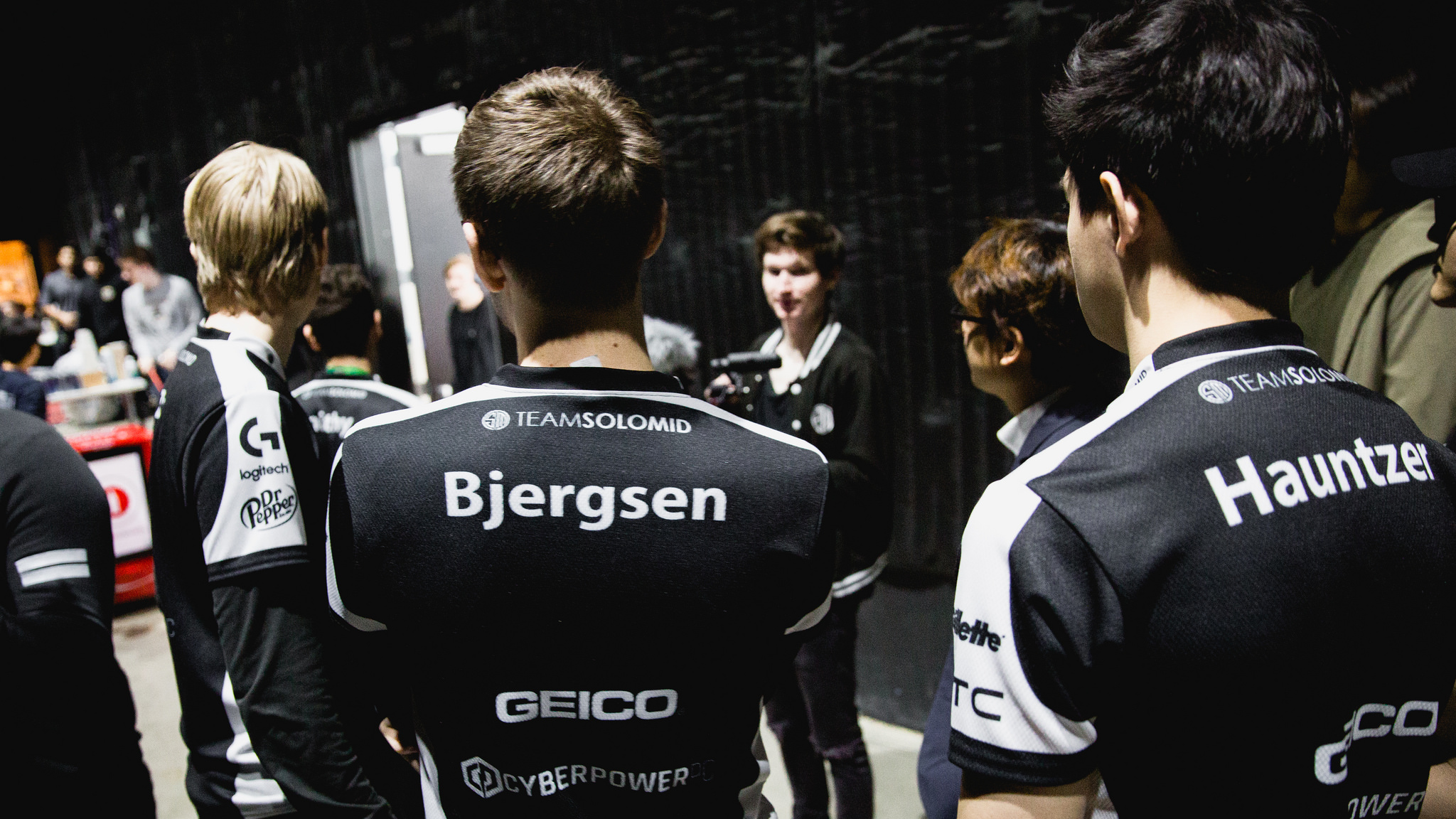 TSM’s comeback continued today as the three-peat NA LCS champions took down Yiliang “Doublelift” Peng and crew on Team Liquid. With only three games remaining for TSM in the split, a guaranteed playoff spot is now within arm’s reach.

When Doublelift goes up against his former teammates Søren “Bjergsen” Bjerg and Kevin “Hauntzer” Yarnell, it’s always an exciting story. Bjergsen even went so far as to say in his post-game interview that one of his primary motivations to play well was to prevent Doublelift from getting the satisfaction of a win.

Despite that drama, neither Doublelift nor Bjergsen were the highlight of today’s match. TSM’s new jungler, Mike Yeung, popped off in one of the best games of his short career so far. More impressively, he did it on a champion he has barely played professionally at all—Olaf.

Mike Yeung’s biggest strengths involve early, aggressive invades, and with the death of the Tracker’s Knife in Patch 8.4, he can now roam through the enemy jungle with much less risk. He won 50/50 Smite-offs against Liquid’s Jake “Xmithie” Puchero, and his confident rotations and ganks paid off.

Liquid’s real downfall, as always, was their inability to play from behind. When they find an early lead, they can use it to chip away at their enemies and turn it into a snowball faster than almost any other team in the game. But as soon as the opposing team passes them, they freeze.

TSM’s lead started off as a manageable 2,000 or 3,000 gold surplus, but Liquid still backed off and stopped all aggressive counter-rotations, like a deer in the headlights.

With this win, both OpTic Gaming and FlyQuest are out of playoff contention. If the Golden Guardians lose their matchup against 100 Thieves, they’re out, too. TSM, on the other hand, are one step closer to the playoffs. If they win against Cloud9 tomorrow, they’re a shoo-in.