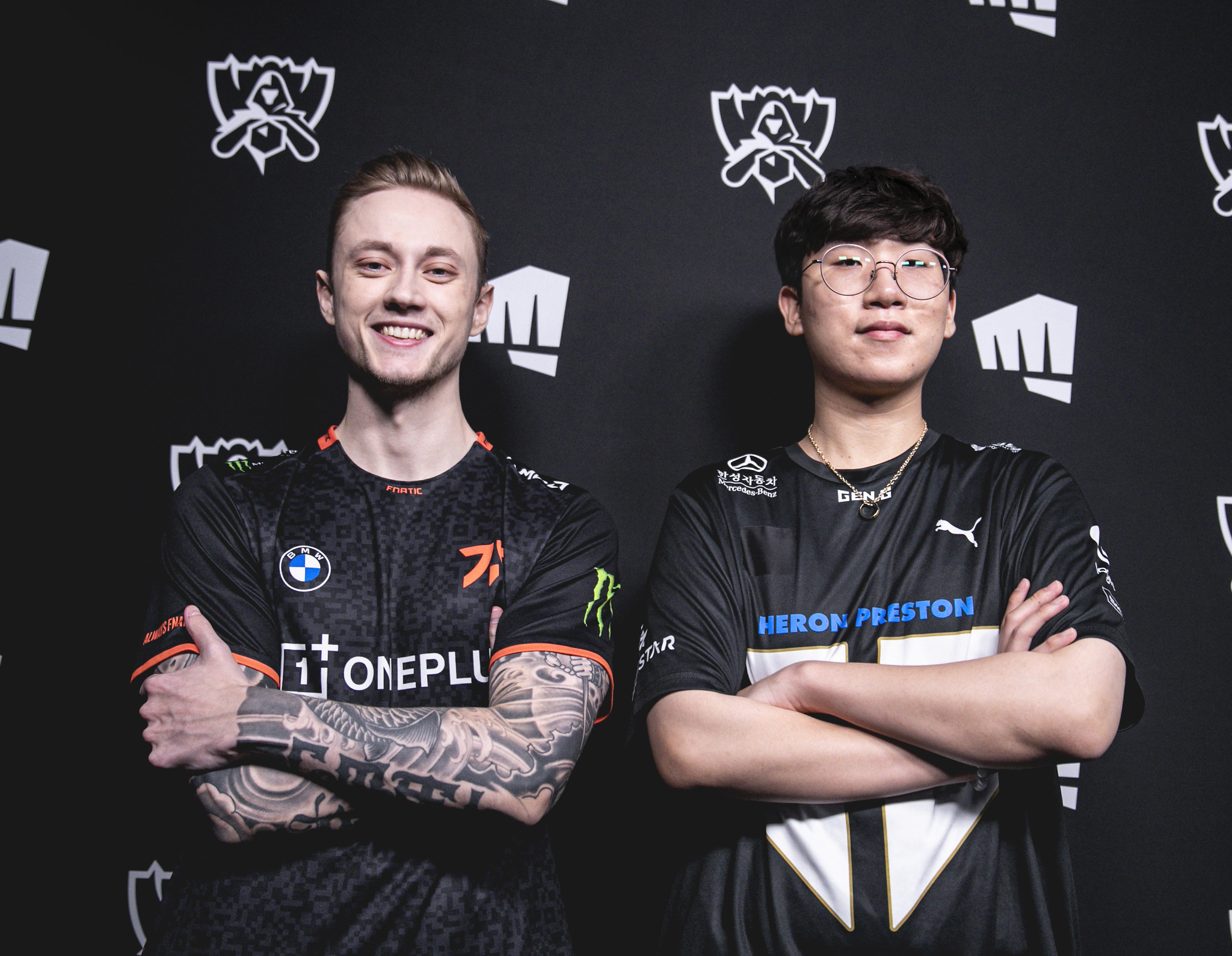 The first week of the 2020 League of Legends World Championship came to a close yesterday. But tomorrow, the next round of the group stage will open up with representatives across the entire tournament making one last stand in an attempt to reach the quarterfinals.

Here are the biggest storylines heading into the second week of Worlds 2020.

Group C comes down to the wire

Without question, the most intriguing group going into week two of Worlds is Group C. Coined the Group of Death prior to the tournament, Group C features four teams that have all been to the World Championship before. And after one week of play, a three-way tie for first atop the group has turned heads across the landscape of the event.

Fnatic, Gen.G, and LGD Gaming all have 2-1 records after the first round-robin of the group stage. While these three teams have certainly taken different paths to get to the top of the group, they all share a commonality in their victories over North America’s TSM, who sit at the bottom of the group with a winless record of 0-3. Regardless of TSM’s performance, though, it’s safe to say that on Saturday, Oct. 10, the outcome of the most intriguing group at the World Championship will be decided through an intense series of rematches and potential tiebreakers. This past week, LGD, Fnatic, and Gen.G all found wins over each other in some capacity, setting up an extremely fascinating second round of games.

Keep an eye on the final matchup of that day when Gen.G take on Fnatic. The LEC’s second seed won the first matchup between those two teams yesterday and with the top spot in the group potentially on the line during their next meeting, the fate of the group could be decided on the backs of those two teams.

Can Team Liquid mount a comeback?

The final day of week one saw Liquid barely hold onto its chances at the World Championship by a thread. A win over G2 Esports to close out the first round robin was exactly what North America’s third seed needed to build up a sliver of momentum heading into week two.

And with just one day off to prepare for a full slate of games tomorrow, that momentum should still be running through Liquid’s veins with the team looking to cash in on a final chance to break through at Worlds.

Throughout the back end of the 2020 season, Liquid were one of the streakiest teams in the world. After going on an absolute tear through the LCS Summer Split, Liquid went cold in the North American playoffs, ultimately costing them the region’s top seed at Worlds and sending them to the play-in stage. In the play-in stage, however, Liquid heated up again, winning four out of five games to advance straight to the group stage.

Now, though, Liquid find themselves in a 1-2 hole heading into week two—and they need to get hot again now more than ever. Perhaps a win against the LEC champions is a sign of good things to come, but if Liquid are going to make it to the quarterfinals, they’ll most definitely need to build off of yesterday’s victory with several more strong performances later in the week.

With three games in the rear-view mirror for each team at Worlds, only two have completed a perfect run through the first round robin: Top Esports of the LPL and Damwon Gaming out of the LCK.

Both teams came into the tournament as favorites to walk out of Shanghai as champions, so many League fans aren’t surprised to see them completely dominate the first week of play. But moving into week two, staying perfect in their respective groups will certainly be a momentous task. Since 2014, only three teams have completed a perfect 6-0 run through the group stage at Worlds.

In Group B, Damwon will be strapped to find a challenging opponent if things go the same way they did in week one. Across all three of their games, Damwon toppled over their opponents by an average of nearly 14,000 gold while scoring at least 15 kills in each contest. Against JD Gaming out of the LPL, Damwon racked up 25 kills in just 24 minutes in what was perhaps the most dominant win of the group stage thus far. If they’re able to play at that level in week two, a clean 6-0 finish is most definitely in the cards for Damwon.

As for Top, China’s No. 1 seed found a bit more resistance in Group D this week, making things less clear moving forward. While the team’s wins against FlyQuest and Unicorns of Love were absolute laughers, Top particularly struggled against DRX in a relatively close game. In fact, Top were down in gold for 85 percent of that game, according to gol.gg.

If the Chinese superteam and pre-tournament favorites are going to find a challenge in week two, it’s going to be from a DRX squad that’s hellbent on revenge. Although you definitely shouldn’t count out Top and their chances of finishing a perfect 6-0 run through the group stage, the race for first in Group D might be closer than most fans expected.

DRX look to join the discussion of tournament favorites

While TES and Damwon cemented their places at the top of the Worlds hierarchy, DRX quietly entered the conversation of contenders during week one as well. The second seed out of the LCK had a great showing in Group D, where they beat up on FlyQuest and UOL while also giving Top a serious run for their money. If the tides had turned ever so slightly in the favor of DRX during that battle of the group’s top two seeds, the narrative surrounding the team would be much different heading into the second week of play. Still, with strong performances out of its entire roster—namely its two flashy rookies Pyosik and Keria—DRX have exploded onto the Worlds stage.

With four days separating DRX from their next match, the major question surrounding the team will be whether the red-hot roster can maintain the momentum that brought them to the forefront of the discussion in the first place. A record of 2-1 through three games should be enough to carry DRX to the finish line as long as they don’t completely implode. If anything, DRX could be expected to be even stronger in week two where the relatively young team should have all of the “Worlds jitters” completely shaken out of them.

On Sunday, Oct. 11, DRX will face off against all of its fellow teams in Group D. And if they continue to play at the pace at which they burned through the first week of play, there’s no reason to believe DRX shouldn’t make it out of the group stage relatively unscathed. After all, the two games they won were by an average gold margin of 13,500.

With the quarterfinals looming over the horizon, look for DRX to make some noise down the line at Worlds. They’ve certainly laid the foundation to do exactly that.

The second round of group stage matches at Worlds 2020 kicks off tomorrow, Oct. 8, at 3am CT.