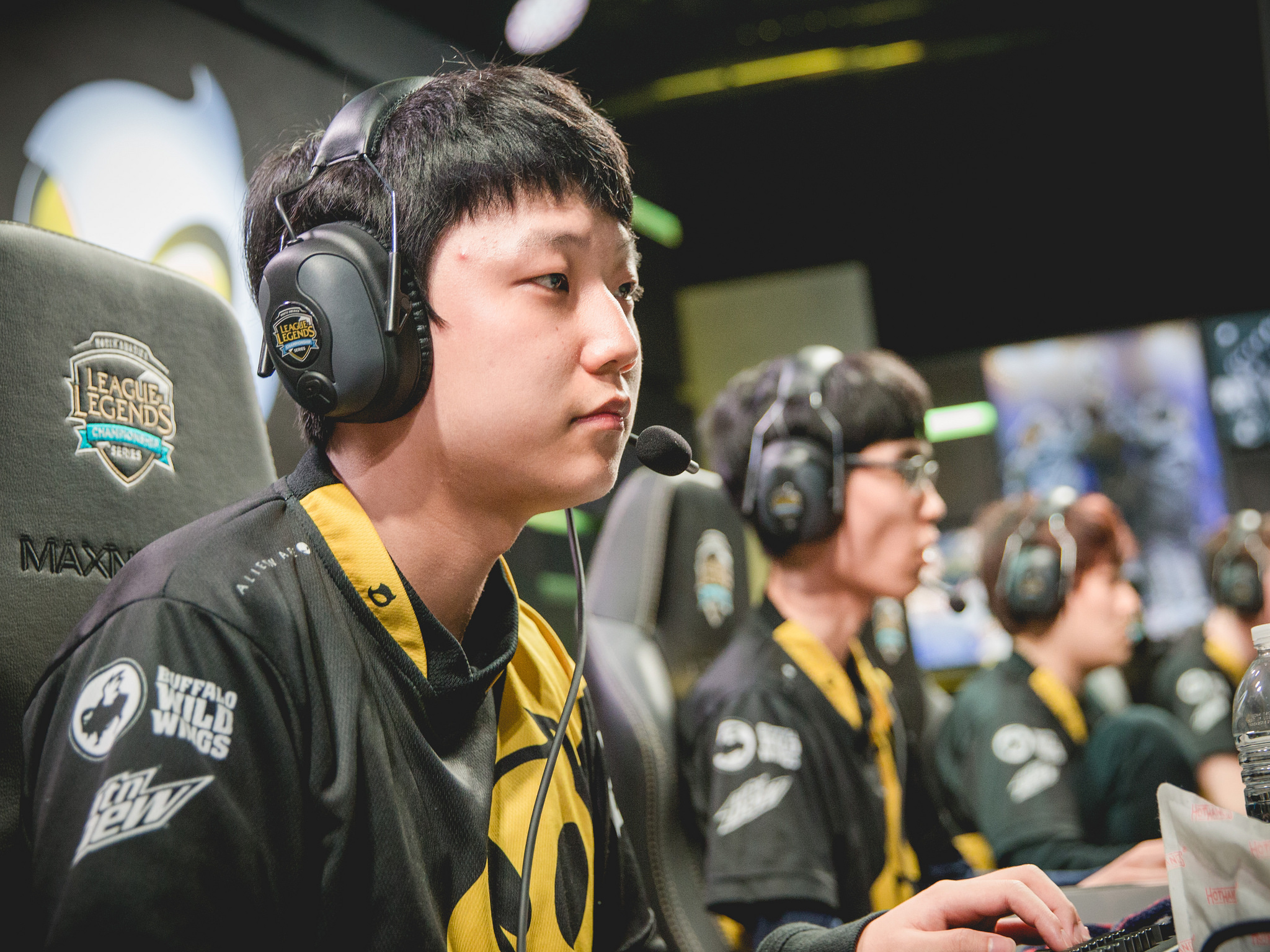 It finally happened. It might have taken Team Dignitas five months, but they did it. With the help of an unlikely jungler and support combo, Dignitas woke Kim “Ssumday” Chan-ho from his North American slumber.

Considered the world’s second best top laner in 2016 behind ROX Tigers’ Song “Smeb” Kyung-ho, Ssumday was a player nobody thought would leave Korea.

A top performer in the LCK who would consistently earn MVP accolades, Ssumday seemed irreplaceable to KT Rolster. Arguably the face of the team alongside jungler Go “Score” Dong-bin, Ssumday helped carry KT to the LCK 2016 Summer final. And aside from Smeb, there wasn’t a top laner KT could find who would do a better job than Ssumday.

But then KT got Smeb.

During the creation of the KT “Korean Superteam,” Ssumday was dropped in favor of Smeb, who just months prior was hailed as the world’s best player.

While he most likely could have continued to play in Korea on another LCK team, Ssumday decided to make a change. Alongside former Longzhu Gaming jungler Lee “Chaser” Sang-hyun, Ssumday packed his bags to move to Los Angeles to play in the NA LCS under Dignitas.

As two high profile players from Korea, both Ssumday and Chaser faced high expectations. While Chaser had his problems in 2016, Ssumday’s previous season was excellent, dominating his role alongside Smeb.

A top performer in the LCK, the world’s strongest league, many believed Ssumday would easily crush his NA competition.

But this didn’t happen. Ssumday was still an incredible player. Pundits considered him the second best top laner in NA, just under TSM’s Kevin “Hauntzer” Yarnell. His teammates just couldn’t keep up.

Unable to accrue the same gold advantages in lane as Ssumday, the rest of Dignitas usually relegated themselves to the background, throwing resources at their top laner to carry on champions like Fiora or Camille.

The rest of the league, quick to notice this pattern, started to focus on Ssumday. Whether he was camped mercilessly by the enemy jungler and mid laner, or the primary target in fights, teams made sure Ssumday couldn’t carry.

And Chaser, Ssumday’s Korean comrade, struggled in North America. As Dignitas’ jungler, Chaser’s primary job was to find leads for his laners. But Chaser’s sloppy mechanics and poor synergy with Ssumday made finding leads impossible. Instead of earning first blood, Chaser would usually give up the kill in a poorly executed gank.

Unsurprisingly, Dignitas were knocked out of the spring playoffs in the first round by Phoenix1 in a crushing 3-0 defeat. Disappointed with this result, Dignitas made some changes to its roster moving into the 2017 Summer Split.

First came Terry “BIG” Chuong. As Dignitas’ new starting support, Big not only brought a loud voice to the team, but also an ability to make plays. An early adopter of the new support Rakan, Big won teamfights with Ssumday through coordinated dives onto enemy carries.

With teams choosing to go onto Dignitas’ backline rather than peel for their carries, Ssumday now had the freedom to carry teamfights. Sacrificing Big’s life to reposition himself, Ssumday was now able to play out teamfights the way he wanted, without fear of being targeted by the entire enemy team. But even with Big’s playmaking, Ssumday’s lack of help during the laning phase still lingered.

Taking over for Chaser at the start of week two of the NA LCS Summer Split, Shrimp’s presence had an immediate effect for Ssumday’s lane. Not only was Ssumday now receiving successful ganks from his jungler, but more importantly, Shrimp’s early game pathing was attracting the attention of enemy junglers.

Shrimp’s unorthodox ganks to both the mid and bot lane forced enemy junglers to try to counter these plays, rather than make their own. For Ssumday, this situation couldn’t have been better. Ssumday could play his lane more freely without having to worry about a Gragas lurking in his river brush 24/7.

With both Big and Shrimp there to assist him throughout different points of a game, Ssumday’s play was finally unlocked.

But for Dignitas, having Ssumday play at peak performance is just the first step to victory. While both Shrimp and Big were essential to Dignitas’ success over the past few weeks, these two players come with faults. Shrimp still doesn’t fully understand the limits of the champions he plays, causing him to die to such an extent that it looks like he is intentionally feeding at times.

On the other hand, Big suffers in the early game. Big and AD carry Benjamin “LOD” deMunck are quite passive in lane, resulting in the duo getting pushed into their turrets, ready to be dove by the enemy.

These problems, coupled with Jang “Keane” Lae-young’s difficulties playing anything other than Cassiopeia, have made Dignitas inconsistent, with Ssumday being the team’s only consistent variable.

But even with these problems, Dignitas have reached the top half of the standings, just a couple of wins away from first place. If Dig can solve these problems in time, the organization may see its first world championship appearance in five years.