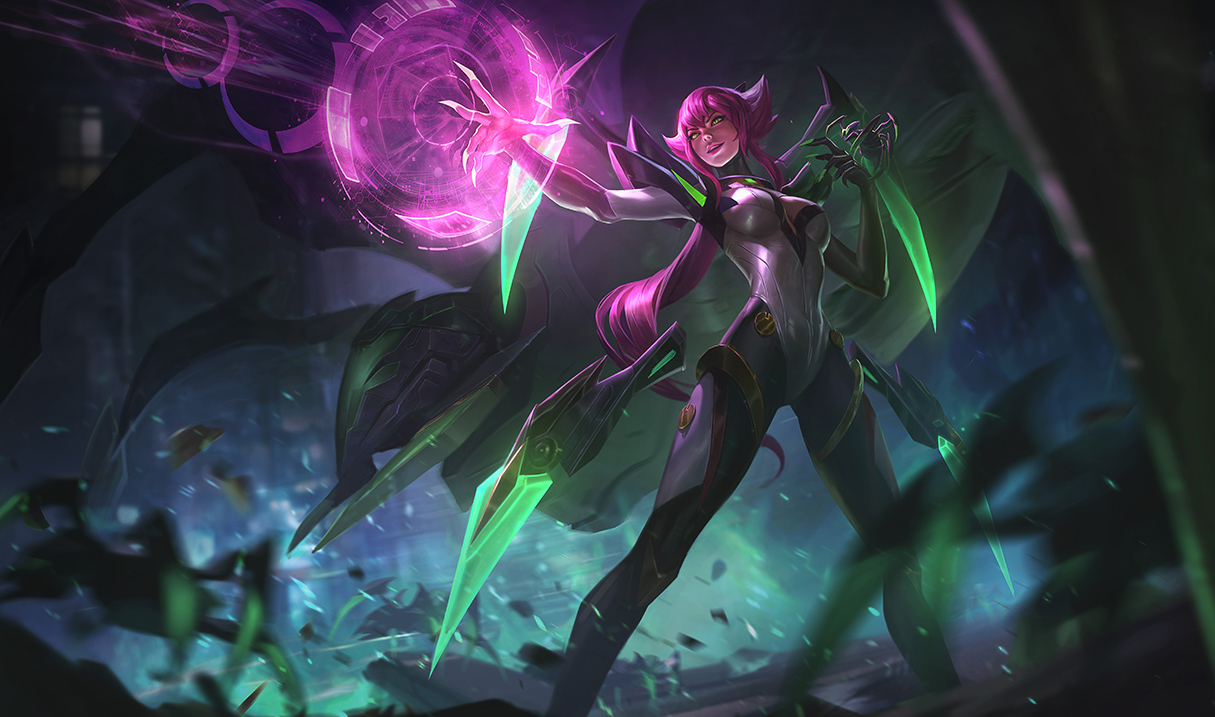 Riot has been amping up its efforts to even the playing field in the jungle.

The buffs to assassins such as Kayn, Kha’Zix, Shaco, and Rengar in League of Legends Patch 8.6 made that apparent. A couple of junglers, namely Ivern and Elise, have been patiently waiting their turn at the bottom of the meta.

The balance team has some buffs planned for them, too, according to the latest PBE update. That should be enough to help them out. Nocturne is also getting buffed for the third patch in a row, but he needs it far less than the spider and the happy tree.

Nocturne’s buff isn’t very large, but it will help out his early camp clearing and first couple of ganks significantly. The buff simply increases the AD provided by his Q by five per rank. That really only helps at early levels, but it’ll be useful nonetheless. Nocturne’s success in solo queue has skyrocketed since his buff-train began in Patch 8.5, and this will only make him stronger.

The most important jungle buffs, though, belong to Ivern and Elise this patch, and they both certainly need the help. Basically all of Ivern’s abilities are being buffed, including his passive. The only reason we say “basically,” instead of just stating outright that all of them are being buffed, is because we’re not actually sure what one of the buffs does.

According to Riot staffer Blake Smith’s tweet, his Rootcaller (Q) will fail less when “jumping over walls using monsters.” It’s unclear what mechanical change is actually in store for the ability—but we’re still counting it as a buff, even if it is just an obscure bug-fix.

The other buffs are more straightforward. The timer on his passive will be reduced by more at levels six and 11, and it will cost less health to use. His Brushmaker’s range is going up by 200 units, which is quite a lot, and Daisy’s movement speed will be boosted by even more when she enters the fray.

This is a significant buff list for Ivern, and it might just be what it takes to get him back into the meta, even if he’s only in the middle of the pack.

Elise’s buffs are great, too. Her stun ability, Cocoon, is getting a much lower cooldown at early levels, which should help both her ganking and camp-clearing-health. Her executing ability, which is her Spider Form Q, is also receiving 10 more base damage. That won’t help so much with ganking, but it is nice for her jungle clearing as well.

All of these buffs are expected to go live with Patch 8.7 next week.