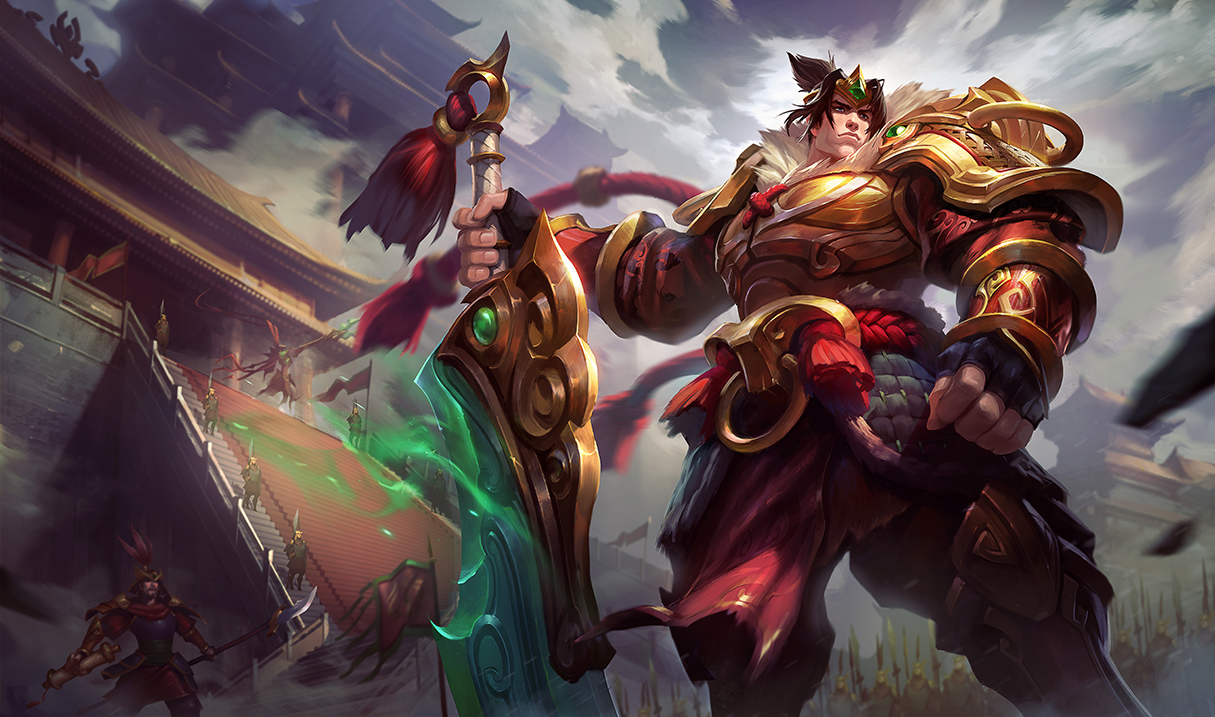 Some of League of Legends’ most underplayed top laners—Garen, Yorick, and Singed—are being targeted for buffs soon, according to the latest PBE update.

Each of these champions has a playrate hovering around or below one percent, according to League stats site Champion.gg. When a playrate is so low, it usually means that most of the people playing them are only one-tricks or masters of that particular champion. You’d assume this means their winrates would also be high—but unfortunately, the highest winrate of all three of these top laners is an even 50 percent despite the playrate being so low. Luckily, they’re all getting a wide variety of buffs with no catch whatsoever, so that may change in the near future.

First of all, and this isn’t really a buff, is Garen’s passive. It’s getting tweaked to only scale up once at level 11 rather than at 11 and 16. This will make Garen able to get much stronger much faster, but the buff to his passive will be slightly smaller at end game as a results. It will feel like a buff at level 11, but it’s technically a small nerf after he hits level 16 and doesn’t get the second buff anymore. He’ll have so many items by then, though, that you won’t be able to tell the difference. His passive will also increase by a lot now when Garen gets low on health, which is actually a pretty significant buff.

The largest buff coming to Garen is on his W, Courage. In the live game the ability gives Garen 30 percent damage reduction for a few seconds at all ranks of the ability. Now, the damage reduction will scale past 30 percent for each rank all the way up to 50 percent. This will let Garen choose moments of super tankiness later in the game—and he’ll actually be a pretty good front line option as long as the enemy team doesn’t have too many kiting abilities.

The ghouls generated from Yorick’s passive are getting a mechanic buff. They’ll now deal more damage at later levels but a little less at early levels. More importantly they’ll now attack Yorick’s target immediately when he uses his E, and their detection range is getting a huge increase of 400 units.

His ultimate, Eulogy of the Isles, is getting some big late game buffs as well, which is where Yorick really tends to struggle. His Maiden of the Mist will have 1,000 more health at maximum rank, and its cooldown will be dropped by 40 seconds, which is a huge power spike when Yorick hits level 16.

Singed is receiving the most buffs of the three champions here, which is ironic—because he probably needs it the least of them. Nonetheless, he’s pretty much getting buffed across the board. He’s going to be a lot tankier naturally—his base health is being jacked up by almost 70 health, and his health growth per level is being increased by eight.

His Q, Poison Trail, is getting its base damage lowered a very small amount, but its AP ratio is being increased by ten percent, which means he’ll get more mileage out of items like Archangel’s Staff and Rod of Ages. The mana cost and cooldown are both being reduced on his W, Mega Adhesive, but its slow duration and slow amount are being nerfed. Despite those nerfs it’s going to be much stronger, because it will now ground enemies just like Cassiopeia’s Miasma. When a champion is grounded, they can’t use mobility abilities—including Flash.

The mana cost is also being lowered at all ranks on his E. His ultimate, Insanity Potion, will now also buff him higher at later ranks—although not by much. This blanket buff for Singed is a big deal, and it will inevitably make him more annoying—and more importantly, extra fun to play.