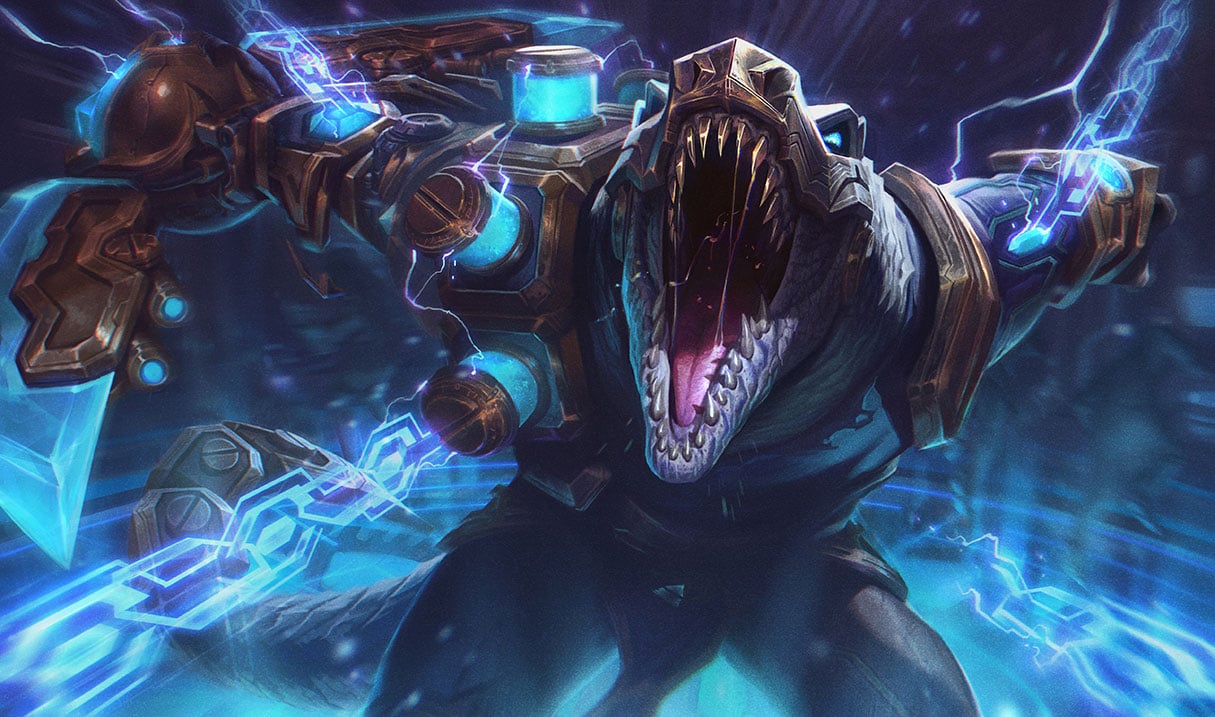 Renekton is one of the most popular top laners currently in League of Legends. If you don’t ban him, you can expect either your top laner or the opponent to pick him due to how strong he is.

He punishes carries who fail to position correctly with his high damage and mobility. While he doesn’t scale as well into the late-game as other champions, the game will usually be decided by then depending on your play.

As with all League champions, specific items are going to be more effective depending circumstances of the game. But there are certain items that will work well on Renekton regardless. These core items are going to ensure that you have the best possible chances of winning with this champion.

Press the Attack: This keystone is great for Renekton. You can deal a tremendous amount of damage early on. You can dash, W, Q, and auto to punish the opponent without him having time to respond. Against tanky compositions, you can go for Conqueror to ensure that you scale better into the mid or late game.

Triumph: Triumph is a great snowballing rune to help you survive low-health encounters and earn a bit more gold on takedowns. In teamfights, this can be the difference between you getting enough time to use your Q to survive the encounter and dying.

Last Stand: As Renekton you’re usually going to be walking to enemy champions and soaking up all their poke while you reach them. As a result, activating the Last Stand effect is quite easy and makes you extremely deadly if you reach them with a low amount of health.

Demolish: This rune is required for you to have the ability to take towers easily. Since your kit doesn’t do extra damage to towers, you’ll need help from runes. It can allow you to snowball early on, especially if you get a couple of tower plates.

Bone Plating: Early tankiness allows you to be very oppressive considering how difficult it is to answer your dash into stun. By adding this rune on top of your kit, it allows you to be a monster who takes over the early game with ease. The rune scales well into the mid-game and can help you survive burst champions by diminishing their initial burst.

This offensive item is perfect to start with on Renekton. It grants you health, attack damage, and lifesteal to help you survive the laning phase and get your core items with ease. While getting Doran’s Blade might seem better in most matchups, you need to go for Doran’s Shield against ranged matchups to have a better laning phase.

Ninja Tabi is the best defensive option in the top lane since you’re a melee top laner. You’ll be getting auto attacked quite a lot early on and getting this item early reduces all that pressure on you and allows you to survive the laning phase easier. You can rush this item against any AD matchup to ensure you survive all encounters.

The only exception would be if you’re facing heavy crowd control-focused teams. Mercury’s Treads would be a better option then.

Blade of the Ruined King has been a staple Renekton item ever since it got buffed. It scales well with the W in your kit, which activates the health steal effect. The build-path is great as well with Cutlass giving you a lot of kill potential, especially against immobile champions. You can slow the opponent with the item, then follow up with your E, W, and Q combo to delete them easily.

Black Cleaver is a core item against most compositions unless they are all squishy. It grants you health, cooldown reduction, and a great armor-penetrating effect, allowing you to melt tanks easily. The passive movement speed effect is great as well, allowing you to stick to targets with ease.

This is the best offensive-oriented item in the game. Death’s Dance grants you plenty of defensive and offensive stats while providing a great damage mitigation effect. It will ensure that you don’t get burst down within seconds by putting a damage-over-time effect on you instead of the upfront damage.

This item used to be mediocre on Renekton, however, it’s rework allows Renekton to become an unstoppable machine. The build-path is great and allows you to have great stats while you build towards the item.

This item is great to make you an even bigger threat. You will have two chances to take down opponents. If the enemy team focuses you down and waits for you to revive, then your team has enough time to dismantle them as you come back to life.

While the stats granted by it might seem mediocre, the item is gold efficient and the revival effect which resets in five minutes can win you the game. It allows you to do your combo once again as you come back to life.

Sterak’s Gage serves as a core item for Renekton since you’ll be getting into the fray first as the frontline your team needs. This item ensures that you are tanky enough and don’t get burst down within seconds by giving you an absorption shield, which scales with health items. This item gets better as the game goes by and you get more health items.

It will grant you a couple of thousand extra health when the shield is activated by the end of the game. If you didn’t purchase any health items, then forego this item since the shield won’t be very useful.

If you’re facing a heavy ability power-focused composition or one that has too much crowd control, then Mercury’s Treads can come in clutch. It gives you much-needed early magic resist and reduces duration from any crowd control landed on you.

You can rush it against a mage in the top lane since the early magic resist will reduce the damage output of the enemy by quite a lot.

Deadman’s is a great tanky item that enhances your movement speed. It grants you health, armor, and a slow effect against melee champions, ensuring you can get on top of them and stick to them like glue.

One good tactic with this item is to stack it up then sit in a bush, waiting for a lonely enemy to come by. You can then stun them and unleash your combo, most likely killing the enemy in the process.

Randuin’s Omen is a great defensive item against AD champions. The AoE slow effect also helps you reach carries easily. The build path is cheap and the result is great. You can rush this item early on after Blade of the Ruined King if you’re facing a lot of AD-oriented champions.

Bramble Vest reduces the healing output of enemy champions attacking you. It can be rushed against Quinn, Fiora, Jax, Irelia, and other bruiser champions who get a lot of healing early on. While it doesn’t scale well into the later stages of the game, it is a good item early and cheap on top of that.

If you’re facing some mages or tanks, then getting Executioner’s Blade is a better option to apply the Grievous Wounds effect since it’s unlikely they’ll auto-attack you to activate your Bramble Vest.

This is a great item if you’re facing champions who can lock you down with heaps of crowd control. It’s cheaper and can be activated at will to cleanse crowd control at any time. Building it against champions like Leona, Nautilus, Braum, or Syndra is a great idea if you want to be able to move around in teamfights.

The upgraded version, Mercurial Scimitar gives you attack damage, lifesteal, and a small burst of movement speed when the item is used.

Spirit Vissage is one of the best magic damage-oriented defensive item. It grants you magic resist, health, and increases the healing you receive—three perfect stats you benefit from quite a lot. Against heavy AP-oriented teams, it can be rushed as a second item instead of Black Cleaver.