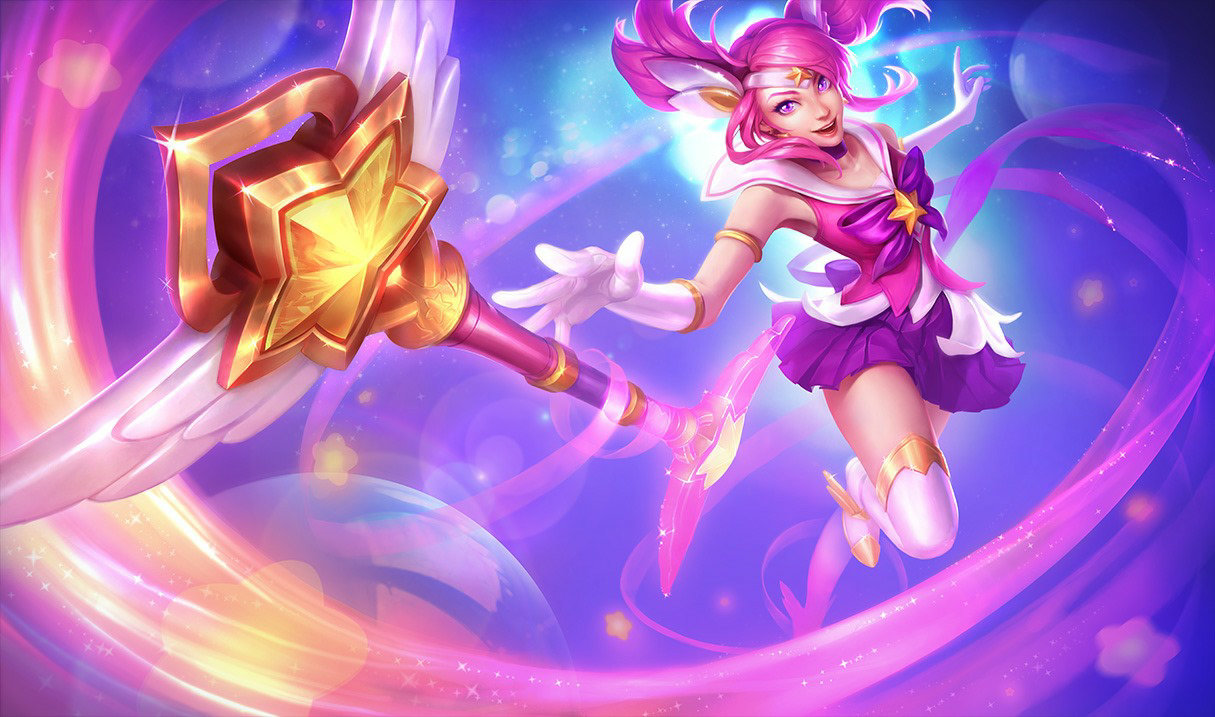 One of League of Legends‘ earliest champions, Lux began as a powerful choice in the mid lane but since has found a new position as a support. Changes that have taken place over the seasons have made Lux an extremely powerful supporting champion while remaining a good option in the mid lane. Specifically, in season 10, over 90 percent of Lux players will choose to play her as a support.

As with any champion, Lux will build different items depending on her position and situation within a game. Since it’s the most played, this build will be focusing on support Lux and will include core items that will give players the best chance at finding success.

Guardian: A rune that’s tailor-made for support champions, Guardian offers a small shield to Lux and her nearby allies. If you or an ally take more than a small amount of damage, a shield will activate for 1.5 seconds. While this applies to allies within 350 units of Lux, it also works for allies that she has targeted spells on. Given her Prismatic Barrier shield ability, Guardian will assist more in protecting her allies from damage.

Shield Bash: A rune that will directly complement Guardian, Shield Bash offers a higher damage output from Lux when she’s shielded. After Lux gains a shield, her next basic attack will deal bonus damage. This is incredibly handy since she has many ways to gain a shield, including her Prismatic Barrier and the effects of the Guardian rune.

Bone Plating: Seeing as Lux has low base health, items and runes that offer durability are going to be extremely powerful. Bone Plating is one of them, seeing the champion take less damage from attacks after the initial damage is dealt. This is going to allow Lux the opportunity to either stand and fight or get away without instantly being taken down.

Revitalize: As a support, Lux is going to want to use her shields to protect allies as well as herself. Revitalize strengthens the effects of the shield, especially when cast on champions under 40-percent health. Given the rest of her runes and the position the champion is being played with this build, taking this rune is a no brainer.

Nimbus Cloak: Being in the bottom lane and having multiple enemy champions to face off against will often see Lux in a position where she’s open to ganks. Should this happen, Lux will likely need to make a quick escape. Nimbus Cloak offers this by allowing her to walk through minions and also grants her a movement speed increase to escape after using one of her summoner spells.

Transcendence: As an ability-based champion, Lux will benefit greatly from cooldown reduction, which is what’s provided by this rune. Once the champion has reached level 10, she’ll be rewarded 10-percent cooldown reduction, giving her a slight increase in the frequency of her ability casting.

As a supporting champion, Lux requires this item to gain gold and keep herself at the same level as other champions in the game. While nearby allies, Lux’s damage against champions or structures will grant her gold, allowing her to supplement what she would have got from farming minions. Once enough gold has been earned through this method, the item will transform, acquiring a bonus active ability to lay down a ward on click. Outside of this, the item also boasts eight ability power, 10 health, two gold every 10 seconds, and 50-percent base mana regeneration. Once this item reaches its peak, it’ll evolve once again into the Shard of True Ice.

As with most bottom lane champions, Health Potion is the perfect way to round out your starting gold. This is due to the item granting Lux another method to heal off any damage she may receive in the lane. Since bot is a duo lane, Lux is likely going to take poke damage from one of the enemy champions. Having a Health Potion to heal that off allows her to remain in lane to assist the ADC for longer before having to go back to base.

An upgrade from the Spellthief’s Edge, Shard of True Ice offers all the benefits of its components while granting even greater stat increases. This item will see the gold per second increase to three as well as the ability power granted an increase from eight to 50. The other stats also increased with health raising to 100 from eight and mana regen from 50 percent to a full 100 percent. Due to Lux not requiring any further purchases to gain this item, keeping Spellthief’s Edge until it evolves into the Shard of True Ice is a good idea.

This item is beneficial for Lux in her support role since it strengthens the abilities of her shielding and offers some further mana regeneration. The item boasts stat increases of 30 ability power, 30 magic resistance, 10 percent cooldown reduction, and 100 percent mana regeneration. These stats are going to allow Lux to more frequently use her abilities, which in turn will charge the item further, increasing the effects of Lux’s shield on herself and allies.

A great item for many supporting champions, Redemption offers Lux a way to heal her allies as well as strengthening the power of her shields. The item boasts a unique active ability that will see the champion select a location, casting down a beam of light healing nearby enemies. This item also grants Lux some extra durability, boasting stat increases of 200 health, 50-percent bonus base health regeneration, 150 percent mana regeneration, and 10-percent cooldown reduction.

When it comes to boots for Lux, the easy choice is the Ionian Boots of Lucidity. This is due to the cooldown reduction offered on top of the standard movement speed buff supplied by all the boots in the game.

Most of Lux’s build is tailored around increasing the effects of her shielding. With this being the case, Ardent Censer is a great late-game item that offers even more effects from her shields. The item will see Lux grant attack speed and additional damage to an ally who she targets with her shielding ability while it remains active. As a support, she’s going to be doing this frequently and the Ardent Censer will make it much more powerful—not to mention the stat increases offered by the item including 60 ability power, 10-percent cooldown reduction, and 50-percent base mana regeneration.

The final item to build for Lux must be something damage orientated. As you approach the later parts of the game, Lux will need extra damage to protect herself. Rabadon’s Deathcap is the perfect item for this given its 120 ability power increase and a unique effect to increase Lux’s overall ability power by 40 percent.