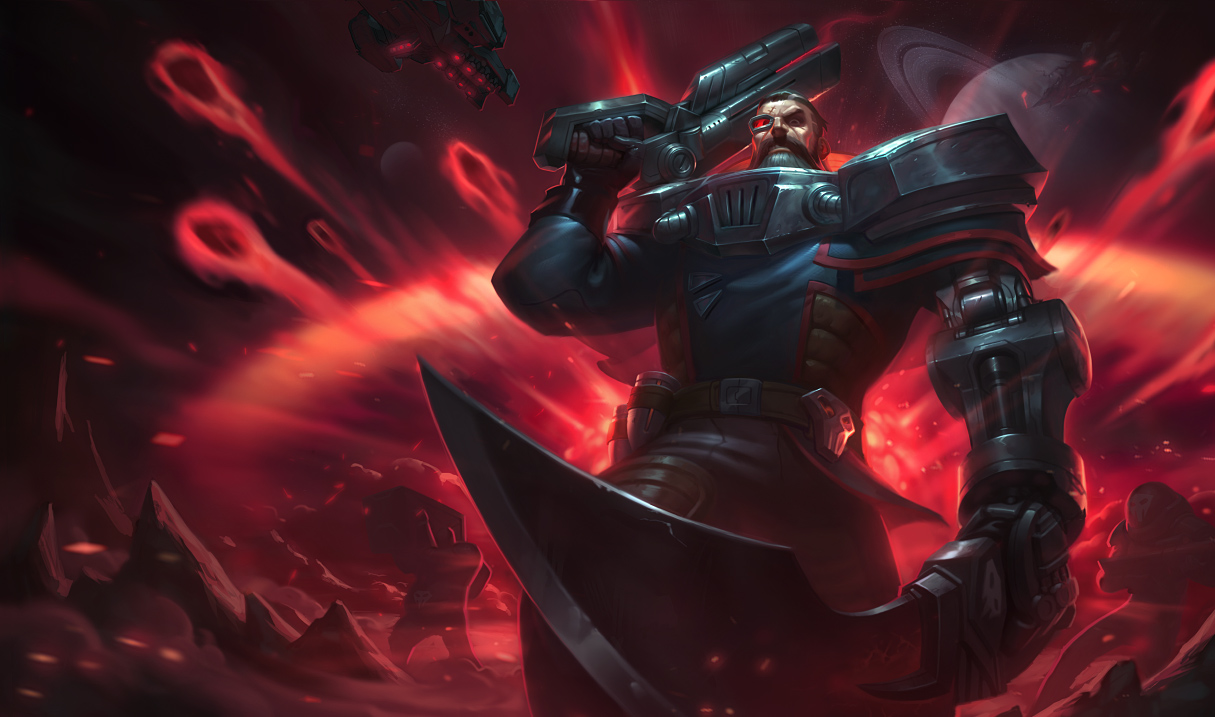 Gangplank is one of the most underused top laners in League of Legends season 11. He has a great laning phase thanks to Corrupting Potion and can influence other lanes easily starting at level six with his global ultimate. His builds are flexible and can be adjusted depending on matchup or team compositions.

As with all League champions, specific items are going to be more effective depending on the situation. But there are certain items that are most effective on Gangplank in all games. These core items are going to ensure that you have the best possible experience with this champion.

Grasp of the Undying: Grasp is one of the best keystones for Gangplank since it is easily activated by your Q. You can sit in combat for a couple of seconds then use Q to hit the enemy champion and you’ll get a free stack. Once you add up the amount of times you can repeat this sequence, you’ll notice how much damage and healing the rune does on top of granting you health. It is the most efficient rune for Gangplank and should be always picked.

Demolish: Even though you have your passive to help you take down towers, Demolish allows you to do it even faster. It is especially valuable in the early game when the enemy top laner backs away. A couple of seconds and you get a huge gold inflow from tower plates thanks to this rune.

Bone Plating: While Gangplank is a beast as the game goes on, his early game is not that hot. This rune is taken to reduce the burst damage and help you survive ganking attempts by the enemy jungler. Just make sure not to waste the rune effect by getting auto-attacked by the enemy champion. Try to force a trade every time it’s up instead.

Overgrowth: This rune is a simple scaling rune which increases your health pool as the game goes on. Thanks to Grasp of the Undying and this rune, you become a high-health beast into the later stages of the game.

Biscuit Delivery: Biscuits offer extra lane sustain to ensure that you can recover from unfavorable trades. The extra mana granted allows you to have a higher mana pool later on, giving you the possibility to do one extra combo before you run out of mana.

Time Warp Tonic: This rune is taken to make your laning phase as easy as possible. Combined with the Corrupting potion, you’ll be unkillable and can farm up for your core items. It is picked on most mid laners and recently found its way in the top lane as well. Is it the best secondary rune to have as Gangplank.

This potion is the best early game sustain item. Even without any stats, this item can influence the laning phase significantly. For only 500 gold it gives you back 375 health, 225 mana, and has a damage-over-time effect that quickly adds up. The item without any enhancements is very gold efficient, but due to the fact that you’ll have Time Warp Tonic, the effectiveness of this item skyrockets. You’ll be getting back much more health and a nice movement speed buff which can help you out throughout the entire game. Other starting items don’t even come close to this one.

Ability haste is king in the current meta so purchasing the Ionian Boots of Lucidity should help you boost that stat early on. By being able to spam more Q’s during the laning phase, you should be able to do much more damage to your opponent and have more kill opportunities.

Trinity Force is the core item for Gangplank. It syncs perfectly with your Q and allows to proc its effect every couple of seconds without exposing yourself in melee range. It does a lot of damage, grants you decent stats, and the components are all good for Gangplank. You won’t regret sitting on the components for some time because they are gold efficient and amplify your power. The Mythic passive is also decent, giving you all-around great stats to boost your power.

Sterak’s Gage is one of the best defensive options in the game, which gives you a huge absorption shield against both AD and AP-oriented champions. Due to how much health you’ll be getting from items, this is the perfect defensive item for you. It can be rushed as a second item in some scenarios where you’re getting targeted too much.

With so many tanks in the game in the top lane, jungle, and support role it’s important to have some ways of dealing with them. Lord Dominik’s Regards is a great item to help you with that, giving you a Giant Slayer passive to deal more damage to targets with a higher health pool than you on top of decent stats. For 3,000 gold you’ll be getting 30 attack damage, 20 percent critical strike chance, and 35 percent armor penetration.

The late-game amplifier item, Infinity Edge makes your critical hits hard while also giving you a lot of attack damage. It should be purchased in combination with other items to ensure you get benefit from the passive effect, otherwise it’s quite inefficient as a first item. The components for it take three slots as well, so be wary to plan your purchases accordingly. Try to get a B.F. sword first and then get the other two.

With more shield champions becoming meta, this item is perfect to deal against them. While it only grants you 55 attack damage and 18 lethality, which might feel inefficient, the passive effect to reduce shields received by the target allows you to actually do more damage than a critical strike item with perhaps more attack damage.

This is a great item, granting you all the stats you need. It gives you attack damage, critical chance, cooldown reduction, and a great passive to keep your mana up. It is the first item to get if you intend to get Immortal Shieldbow due to its Sheen effect.

A defensive Mythic item alternative, which gives you decent stats and a nice shield effect when you drop below a certain percent of your health. It’s good to rush it or get it as a second item after Essence Reaver against compositions with a lot of dive potential. As you scale, the shield value will grow stronger, allowing you to soak much more damage, up to 700 by the 18th level.

One of the rarest items you’ll see in-game as not many champions benefit from its passive effect. This 3,400 gold item gives you great stats–60 attack damage, 20 percent critical strike chance, and 30 ability haste. On top of these beast stats, it also allows you to refund 20 percent of your basic cooldowns after you land a critical strike hit.

A great situational item, Youmuu’s grants you a bit of lethality, AD, cooldown reduction, and a great active movement speed effect. It helps you chase down enemies or avoid ganks easily and is overall a great pickup for Gangplank. It can be purchased early on as a second item if you want to snowball in the top lane quickly. This item is great to pick up even if you don’t intend to get more lethality items due to its movement active effect, which will allow you to be much more mobile during teamfights.

Another great situational item, especially when combined with Youmuu’s. You’ll have a good chunk of lethality to burst down squishy opponents early on and snowball off them to quickly secure a victory. The five percent execute is very impactful, especially if you use your ultimate to finish off low-health players. A single barrel will be more than enough to execute the target.

This is a cheap item to help you stop the healing of your opponent. It can be rushed early on against champions who have a lot of healing from either runes or their kit. Notable examples are Vladimir, Fiora, and Maokai. This item stops a lot of their healing while also giving you a decent amount of ability haste.

If you want more attack speed and critical strike chance in your build, then this is the item to get. It reduces enemy healing output while also boosting your offensive stats with a small cost, but you won’t have the health or ability haste from Chempunk Chainsword.