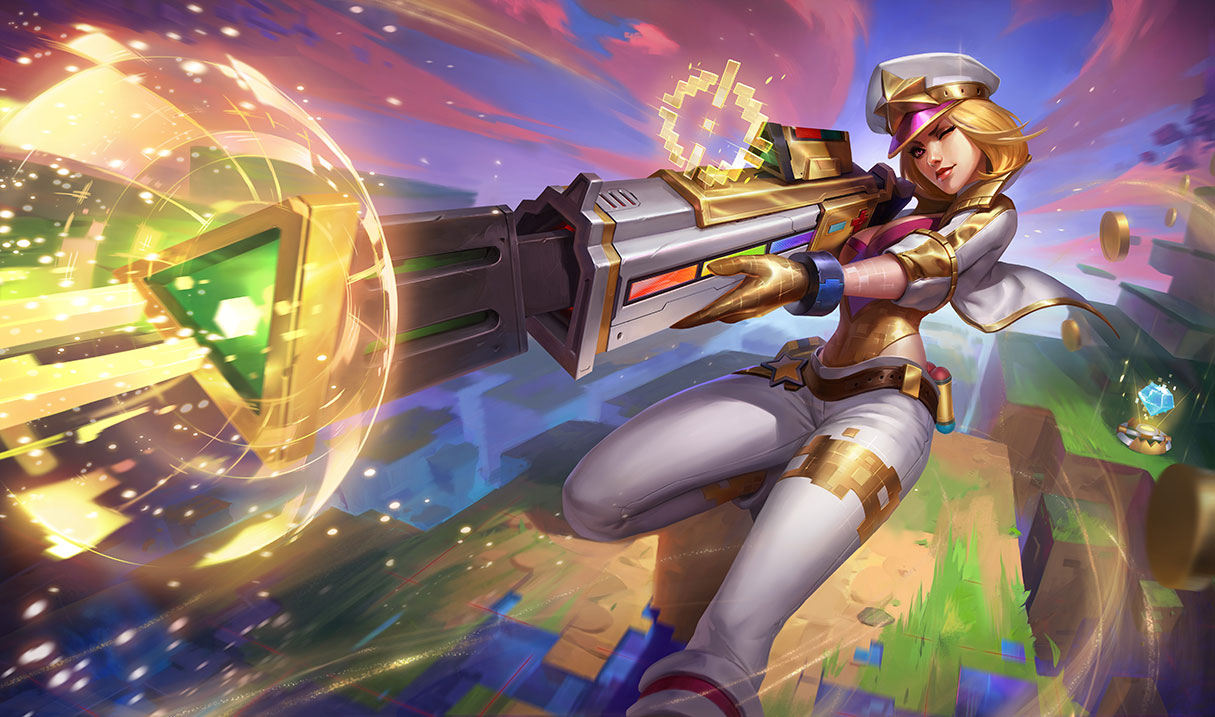 Caitlyn has always been one of the best AD carries in League of Legends due to her ability to space out any teamfight with her massive auto-attack range, her Yordle Snap Trap, and her short dash on her 90 Caliber Net.

She is the perfect marksman to add to many team compositions since she can apply a ton of damage while remaining relatively safe. It is a good idea, however, to bring a bit of peel for her, just in case she’s jumped on by an engage champion or an assassin trying to blow her up before a teamfight even starts.

With her specific playstyle, Caitlyn can build a pretty straightforward AD build route to find the most success this season. Here is the best Caitlyn build for the Sheriff of Piltover in season 12.

Lethal Tempo: Caitlyn has the longest base attack range in the game, making her a menace for a majority of bottom lane champions, especially in the early stages of a match. Abuse this range disparity to stack Lethal Tempo quickly in an early trade or during a teamfight. Once the keystone is fully stacked, Caitlyn will auto attack much more quickly, while gaining 75 attack range, allowing her to create even more space between her and her enemies.

If there are more long-range champions on the opposing team, however, players can also take Fleet Footwork if they would rather have the increased healing and movement speed in extended teamfights.

Presence of Mind: The most proficient Caitlyn players know that constantly dropping down Snap Traps during skirmishes is the best way to maximize her attack damage since it guarantees that you can get multiple ability hits and auto attacks out on the enemy before they can move again. By taking this rune, it’s guaranteed that you won’t run out of mana while you gun down your foes. It also allows you to continuously poke enemies in the laning phase with abilities, establishing dominance in the early game.

Legend: Bloodline: This rune provides a decent amount of lifesteal, which can mean the difference between life and death in a close skirmish or game-winning teamfight.

Cut Down: The final pick in the Precision tree will vary depending on the enemy team composition. If the opposing team has a big, tanky frontline, then you’ll want to opt for Cut Down to deal enough damage to burn through their massive health and armor pools.

But Coup de Grace can also fit well against squishier teams since the rune will give you more finishing power against those glass cannon-type compositions. Adjust your choices as the draft moves forward for the best results.

Absolute Focus: This is another rune that should help you crush the early game. By giving Caitlyn extra AD while she remains over 70 percent health, she should be able to out-trade most marksmen while staying relatively safe with her range and kiting abilities.

Gathering Storm: This rune gives Caitlyn a bit more scaling power as the game continues into the mid-to-late game. The extra damage acquired will be useful as you traverse the final skirmishes of a match.

With Caitlyn’s range superiority, you must try to bully your opposing laner as much as possible to maintain an early lead. This set of starting items gives Caitlyn a jumpstart toward her Mythic item, Galeforce. It also gives her a significant health pool advantage over any player who opts in for a Doran’s Blade and one potion. The Long Sword even gives you a bit more attack damage, which is great to pair with Caitlyn’s early range advantage over most ADCs.

Even though Caitlyn deals a ton of damage, she also has the lowest base health value of any ADC. As a result, you’ll want to maintain as much room between you and your enemies as possible or you’ll run the risk of getting burst down.

Galeforce and Rapid Firecannon are a perfect solution to this problem since they both give the player multiple ways to create space while dishing out plenty of auto attacks. The former gives her some much-needed mobility along with her 90 Caliber Net, while the latter increases her safety by increasing her movement speed and range.

With the issue of safety now handled, Caitlyn can focus her attention on dealing as much damage as possible. Caitlyn’s headshot passive actually scales with her critical strike numbers, and by picking up Infinity Edge, she should be dealing a ton of punishment every time that enhanced auto attack is fired out.

Depending on the enemy team composition, you can build a combination of these items to best suit your specific needs. Lord Dominik’s Regard, for example, is great when you need to whittle down a tanky champion in the frontline, while Mortal Reminder is a great addition when an enemy is healing a bit too much while you fire away in a teamfight. Guardian Angel might be necessary if you’re getting burst down by some strong mages or assassins, while Bloodthirster is a great choice for any build since it gives you even more tools to survive in skirmishes later in the game.