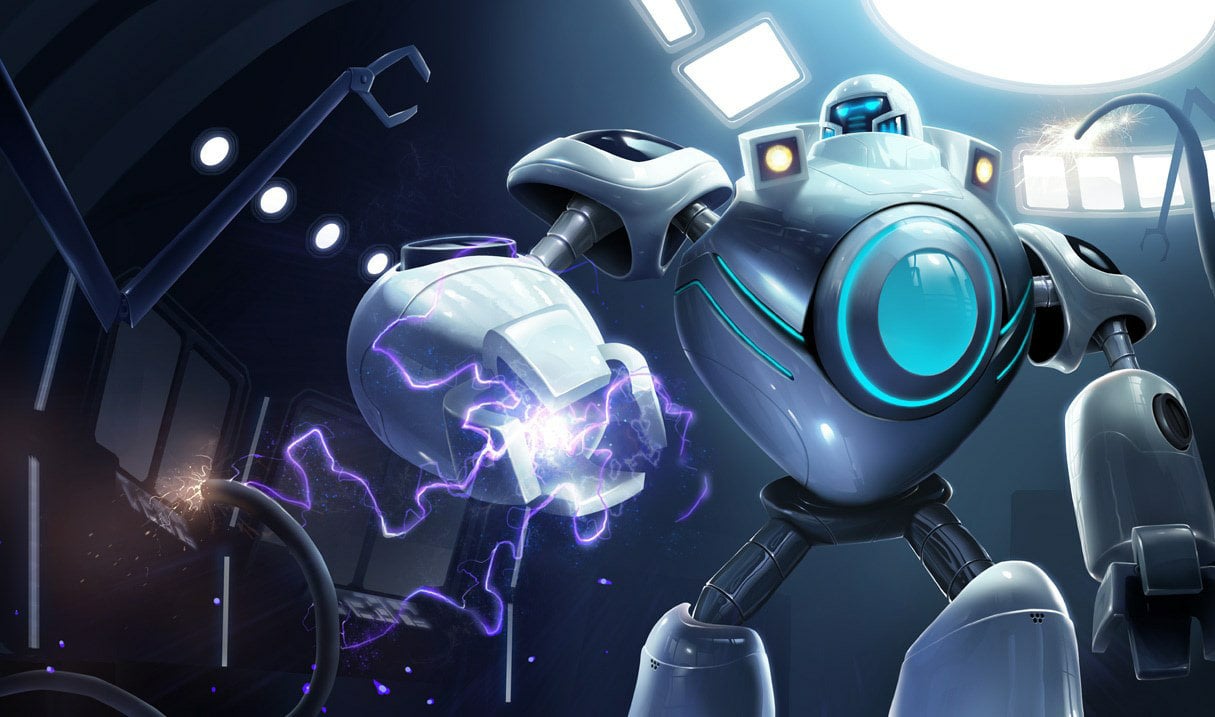 Blitzcrank is one of the best carry supports in League of Legends. He’s a support that punishes immobile champions, such as Senna, Aphelios, Lux, and Karma—all of which are champions that lack dashes. Blitzcrank fits perfectly into this meta by punishing them if they have no flash.

Here’s the best build for Blitzcrank in League season 10.

Aftershock: This is the best keystone to make you deceptively tanky. It allows you to safely engage onto enemies with your hook or knock-up and survive the encounter. The bonus armor and magic resistance will ensure you survive the trade and get away with a healthy amount of resources without getting blown up.

Bone Plating: This is a basic rune to grant you more tankiness early on and in the mid game. You aren’t going to survive a lot as a melee support, especially early on. Your goal is to hook enemies into you so having some extra damage reduction is always welcome. This scales well into the mid-game, giving you some extra effective health to the initial burst of enemies.

Overgrowth: This rune is perfect on a melee support. The longer the game goes, the more health you’ll get. It is easy to stack; all you have to do is stick close to minions dying but the effect will be felt in the longer stages of the game.

Biscuit Delivery: This is a must-have rune for for melee support considering how easily you’ll get poked early on. It allows you to regain back some health and mana and stay in the laning phase for longer. Also, it will solve mana issues due to you spamming your hooks early on.

Cosmic Insight: This is a great rune to ensure that you can use your abilities and summoner spells more often.

Having the extra AD early on is crucial for you. Steel Shoulderguards grants you the AD you need for favorable trades and a great passive to help you sustain your AD using minions. This support item scales freely with the gold income generated by it.

During the farming phase, you’re going to take damage from enemy champions. Health potions heal back 150 health over 15 seconds and will give you extra time before having to base.

Zeke’s Convergence is the cheapest support item, which is easy to rush to amplify you and your bottom laner’s power. You can make use of the effect quite often considering the low cooldown on your ultimate. The stats from the item are useful, granting your everything you’d need in armor, magic resist, and cooldown reduction—so get it as soon as possible.

One of the best usages of it can be to set up a death bush when you’re far behind. Clearing all of the vision around you and waiting patiently for that lone wolf from the opposing team can turn the tides of battle.

While purchasing the core items in this guide is important, Control Wards are just as valuable. Always invest in vision, don’t leave the base without having purchased one or two Control Wards.

This is the best utility-oriented support item in the game. It scales with bonus health, making it very valuable as the game goes by. While the item itself grants you only armor and magic resist, the effect can win you the game during a teamfight. You can deny heavy AoE damage from the enemy composition, saving your team from that Orianna or Karthus and winning the game. Rush it against heavy AoE-focused compositions.

Redemption is the second-best utility-oriented support item in the game following Locket of the Iron Solari. It grants you valuable stats in health and mana regeneration and an AoE effect that heals allies and is usable even while dead. It can help your team significantly in teamfights by restoring a portion of their health or finishing the low-health members of the opposing team instead.

Gargoyle Stoneplate is a great tank item, giving you solid armor and magic resist on top of an effect to increase your effective health. It can be a huge difference in teamfights when you are surrounded. If you engage and pop the item, enemies can use their abilities but they’ll all be absorbed by your bonus health. Just remember not to pop it instantly, otherwise enemies will wait the effect out and then you’ll be left out in the dry.

Knight’s Vow is another cheap and good utility-oriented item to support your carry, regardless of which lane they are a part of. The item grants you armor and movement speed while also transferring some damage taken by them to you. This ensures that they will effectively have a bit more health, while you are tankier near them.

This is a great item against heavy AD-oriented compositions that rely on auto attacks. It helps you avoid plenty of their auto-attack damage while also granting you a good amount of armor to reduce the overall physical damage from their kit on top of that.

If you’re facing a lot of crowd control and ability power-oriented compositions, then getting this item can make your early game much easier. With more mages becoming popular in the bottom lane, this item is perfect to counter them early on. The tenacity is valuable and the more you have, the easier it is to move around a teamfight.

Randuin’s is a valuable item if you want to become tankier. It grants you health, armor, an attack speed reduction debuff for enemies, and an AoE slow to allow you to kite even better. If you are the main target for enemy AD champions and need a bit more survival, then this item is perfect for you.

It can also be purchased to allow your ADC to have more space to kite. If they get chased down in teamfights by opposing champions, you can use the effect when they engage and buy them precious time to kite and do their job.

This is a cheap support item to improve your team’s mobility. If you’re facing compositions who poke or instead want to run you down as soon as possible, then this item should be on your priority list. On a 90-second cooldown, it grants you and nearby allies 40 percent more movement speed for three seconds. It allows you to either engage or disengage quickly and then reposition yourself for another teamfight.