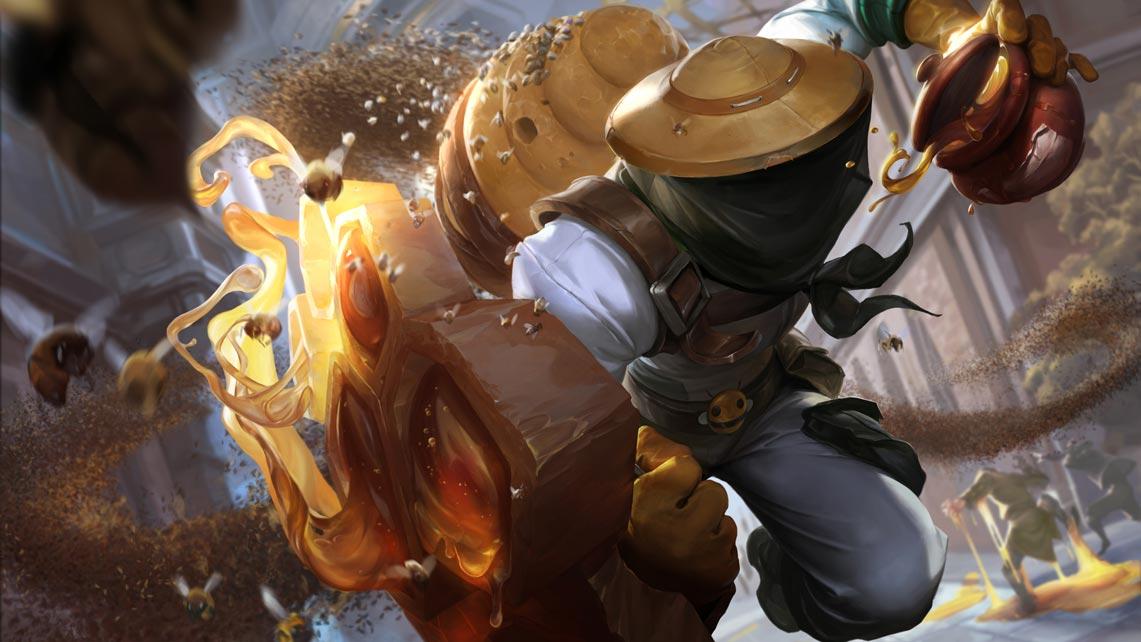 The latest League of Legends skin for the Mad Chemist can now be purchased in the in-game store.

Beekeeper Singed is the 10th skin for this splitpushing menace, and it’s his first skin since Black Scourge Singed was released on May 5, 2016.

If you thought Singed’s Poison Trail was annoying before, just imagine what it’s like to fight through a swarm of angry bees. You might need to bring an EpiPen to the top lane, too.

And Singed’s Mega Adhesive is just as sticky as before—except now it’s in the form of some delicious, but potentially deadly, honey.

Although Singed isn’t exactly a viable champion in the current professional League of Legends meta, maybe Marcus “Dyrus” Hill or “SirhcEz” will use this new skin the next time they pick Singed on stream.

Beekeeper Singed is now available in the in-game store for 1350 RP—and you can also purchase the Bee Singed Icon for 250 RP.