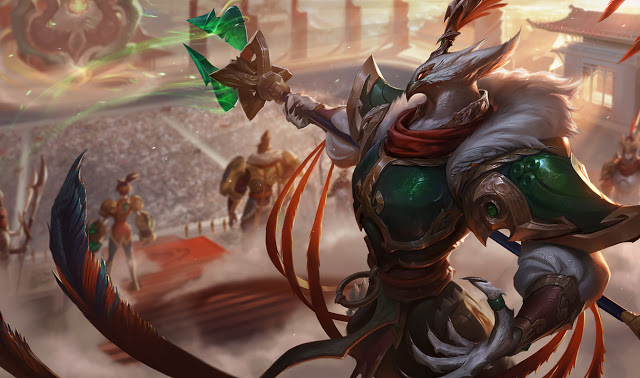 Every day since Patch 7.9 released, more and more Azir players fall victim to a bug which has made the champion nearly unplayable in League of Legends.

The bug affects his W ability, Azir’s soldiers. On multiple occurrences the soldiers complete their auto attack on an enemy champion or enemy minion but no damage is registered.

The bug is random. There is no cue to alert the player that soldiers could register damage for the first few hits and then stop all together. There’s no known way for players to make Azir’s soldiers damage their foes again. In one instance, a player damages other champions in a team fight only to stop at the final crucial hit, and another instance Azir’s soldiers just don’t work at all.

This leads to multiple occurrences where Azir should be able to register a kill on an enemy champion or minion in a team fight or in the laning phase, but doesn’t. In essence, this bug is game-breaking. Not only does the soldier deal no damage, it denies Azir potential gold and exp. This could lead to Azir falling behind in game and if the bug regularly occurs, it can make the champion irrelevant in the match

Bugfixes usually take a while to be implemented. Recently, Sejuani was given an emergency nerf to fix the overpowered champion, but this is a rarity in League of Legends and only occurs when a champion is in dire need of repairs.