Experience League of Legends in a whole new way. 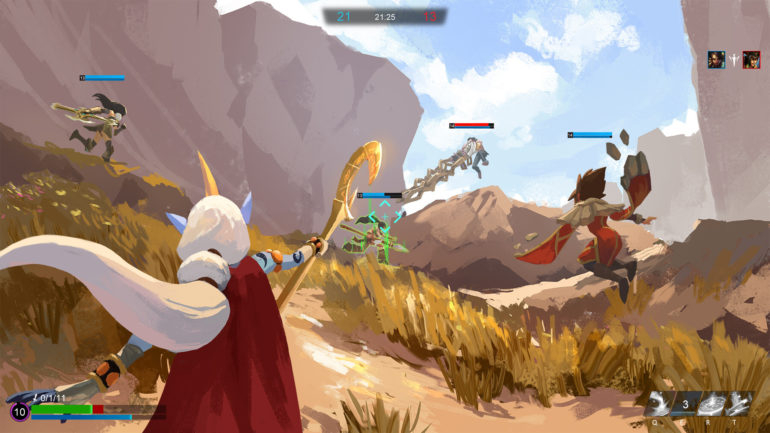 Right now, League of Legends is one of the most popular MOBA games in the world. But what if Riot Games’ hit title wasn’t a MOBA and was instead a first-person or third-person shooter? A talented artist has created a collection of mock screengrabs that imagine what it would look like from the player’s perspective.

Shen YH, a concept artist, drew seven detailed images that featured champions like Lucian, Ashe, Ahri, Soraka, Vayne, and Yasuo in an over-the-shoulder version of the game. A first-person shooter version was created for Jhin as well.

The interface and UI is pretty barebones, but the perspective change is refreshing for a game like League. Third and first-person modes would give us a completely different experience on Summoner’s Rift because you could walk through portions of the map instead of looking at your character from above.

A nice little touch added to the first-person perspective for Jhin is his four-bullet passive, Whisper, which is shown underneath the player’s crosshairs. Additionally, the various images show us how players could explore different areas of maps we’ve seen, like a rooftop in Bilgewater.

Of course, this idea won’t see the light of day but it’s cool to see what it could look like. Maybe Riot will start to branch out from the MOBA genre at some point and start creating new products, like that League MMO that Marc Merrill joked about a year ago.